A Drink for the Ages…

Throughout history, mankind’s insatiable thirst has led him to craft all manner of weird and wonderful drinking vessels for the principal purpose of enjoying a tipple or two. The myriad of receptacles for wines, beers and spirits embodies such a rich variety of forms and materials, topers of every persuasion could spend a lifetime experimenting with measures of all sizes.

From impressive silver tankards to delicately formed liqueur glasses, an ample selection spanning three centuries will be offered across our Silver and Ceramics & Glass Auctions, 16 December.

The earliest example comes to us in the form of lot 464, a George II beer jug crafted in 1739 by London silversmith Fuller White. Lavishly decorated in the Rococo taste, this piece dates from a period when it was considered fashionable for the gentry to quaff small measures of weak beer at the breakfast table. Finished in silver, this piece stands as a luxurious embodiment of the supper’s status. 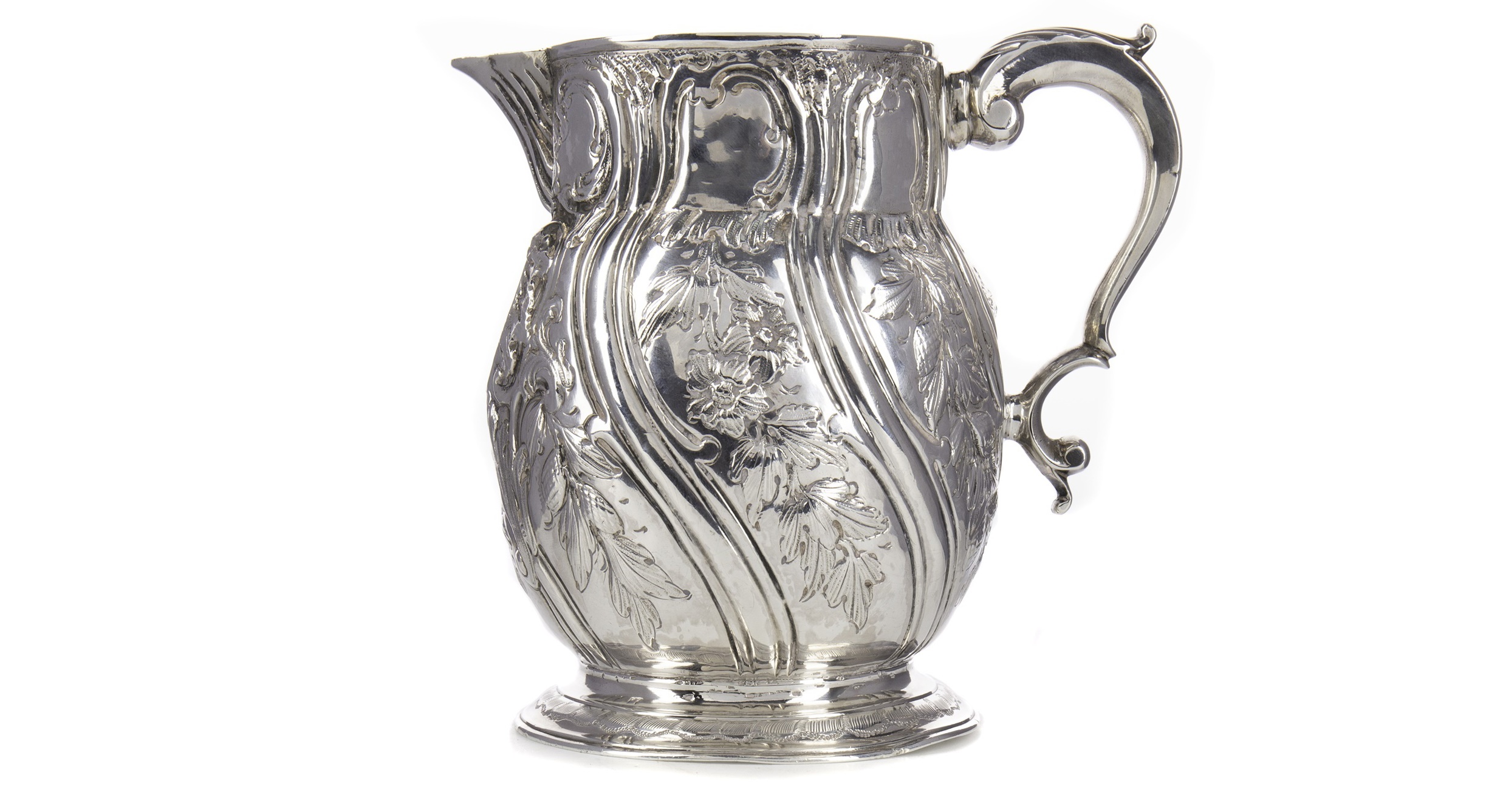 A not too distant relative of our beer jug can be seen in lot 738. At first glance, one would be forgiven for thinking this a glass for wines or spirits, however, on closer inspection, the wheel-engraved decoration of hops and barley reveal its true function, an ale glass. Dating from circa 1740-60, this receptacle wouldn’t have looked out of place beside our jug. With the relatively recent invention of lead glass in 1694, the material was still considered a luxury commodity and one far superior to the pewter and wooden tankards of the public house. With a drawn trumpet bowl, this piece could have been used for weaker tipples in the morning, and stronger ones at night. 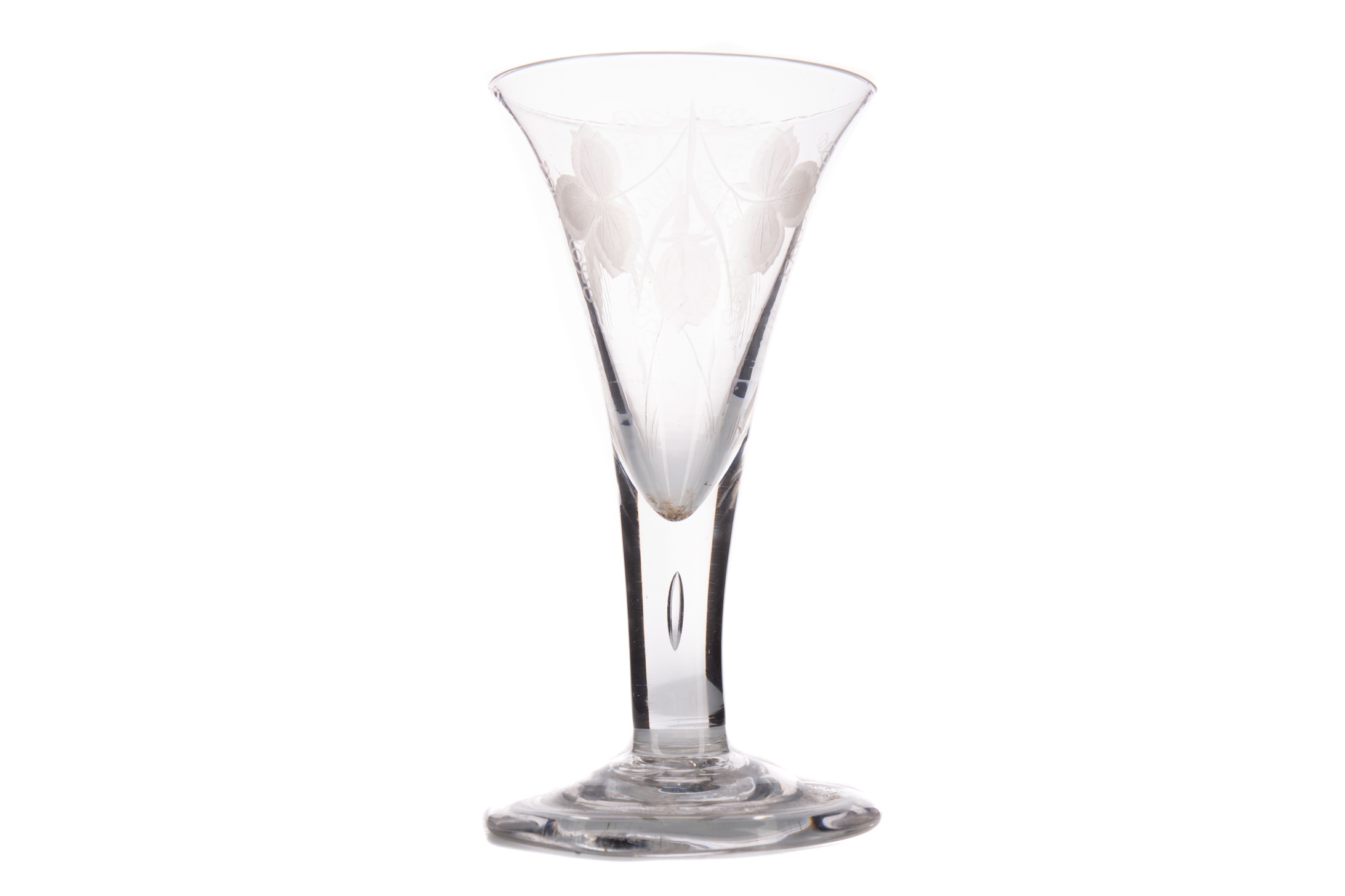 Two vessels that tell a slightly different story can be spied in lot 796, this time in the form of two gin or ‘Hogarth’ glasses. Dating from the Regency period, such glasses had become readily available in large quantities, and were most often found across London’s 7000 gin shops for serving measures of ‘mothers ruin’. Now more fondly referred to as Hogarth glasses, this name itself comes from the infamous print ‘Gin Lane’ published by the artist in 1751, a novel critique on the evils of the spirit. 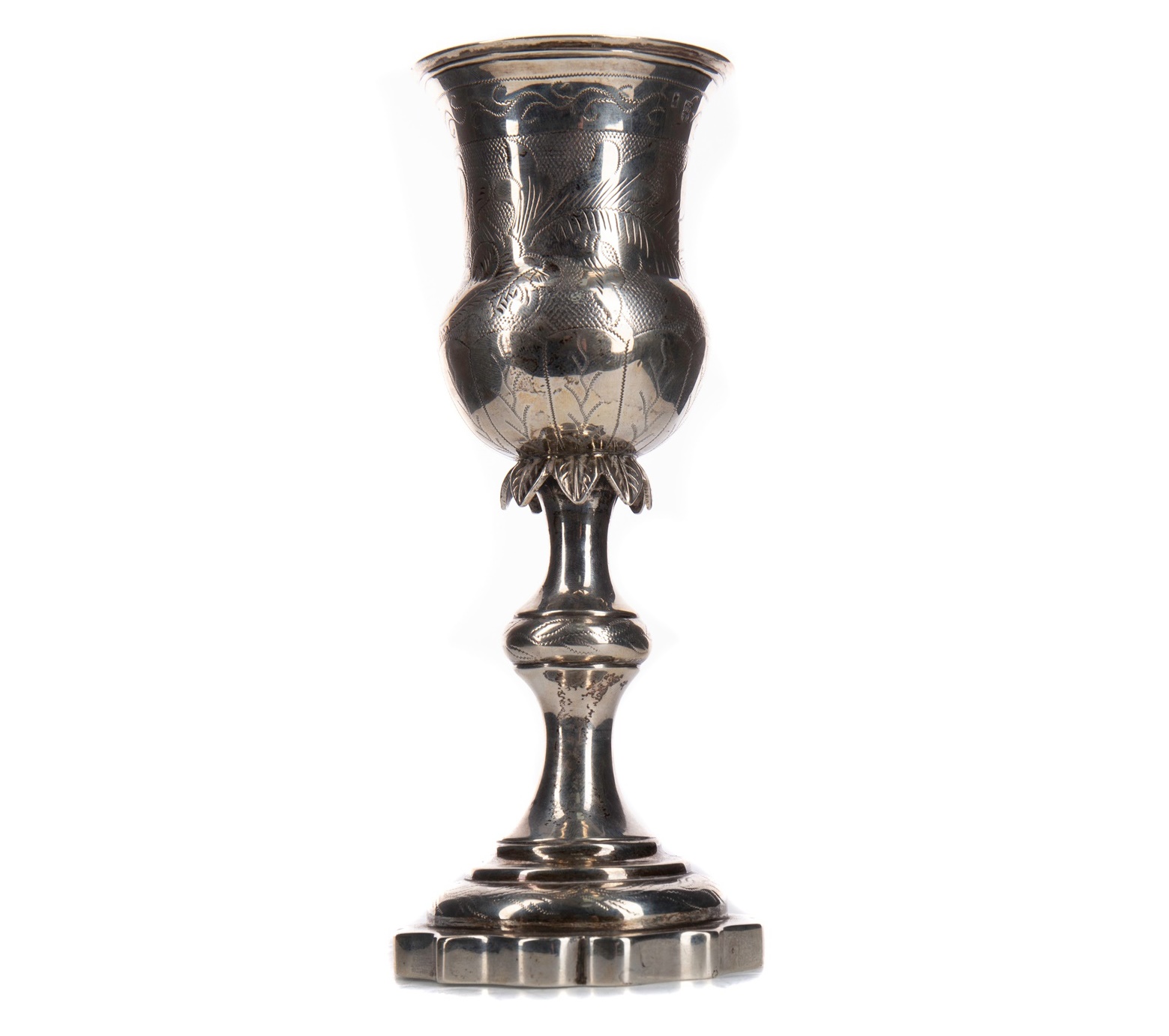 Fast forward nearly 100 years, and a wholly different approach to drinking can be seen in lot 455, a late 19th century silver Kiddush cup. The word ‘Kiddush’ comes from the Hebrew for sanctification, and represents a blessing recited over wine to sanctify the Shabbat and Jewish holidays. This splendid cup is assayed for Moscow 1896, with two smaller George V period English examples being found in lot 510.

We move from the sublime to the ridiculous with another piece dating from around the same period. Lot 762 is a Danish zoomorphic glass decanter, which stands as testament to an age of frivolity in glass blowing, wherein ‘friggers’ and fanciful souvenir pieces were produced in abundance. This rather fun looking fellow was probably made by Holmegaard circa 1900, and would have most likely been purchased as a gift by someone visiting the country. 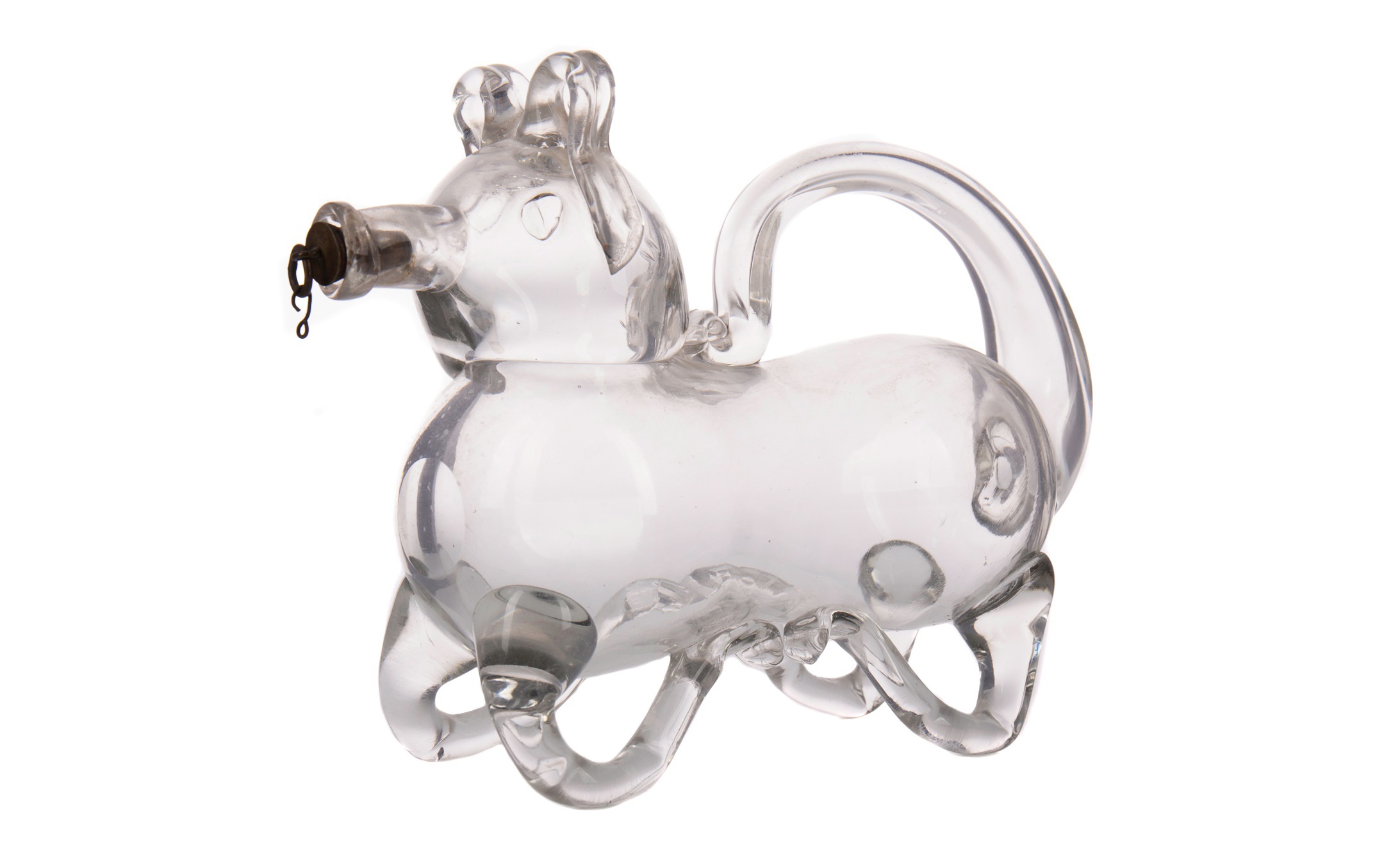 Whilst we’ve witnessed a breadth of historic forms and functions, some designs are so timeless they remain little unchanged to the present day. The humble Scottish quaich is one such instance, a twin handled whisky bowl that finds its origins in the Highland clans. Although early surviving examples are typically found to be hand-carved from sycamore, lots 471 and 472 (dating from 1982 and 1962 respectively), both stand as contemporary interpretations from esteemed Edinburgh silversmiths.

With the festive season of food, drink and excess fast upon us, quaff, tipple or glug in style with any of these fanciful vessels.