A little ray of sunshine

Brighten up the darker days of January with a rare Royal Doulton figure titled Sunshine Girl. Featured in the first British & Continental Ceramics & Glass Auction of 2019, this figure is an exceptional example by Leslie Harradine from the 1930s that is difficult to come by.

Modelled as a young woman in a bathing suit, lot 1208 embodies the avant-garde androgynous fashion of the 1920s and demonstrates the delicacy in Harradine’s designs. Swimwear at this time was significantly liberating for young women. Free from longer skirts, they wore a figure-hugging wool jersey sleeveless tank suit similar to that worn by the figure in this lot. These new suits were considered revealing as they gave a clearer silhouette of the female figure than previous garments. Ideal for the androgynous and athletic figures of the time, swimwear was very fashionable and swimming as a recreation came into play at this time. 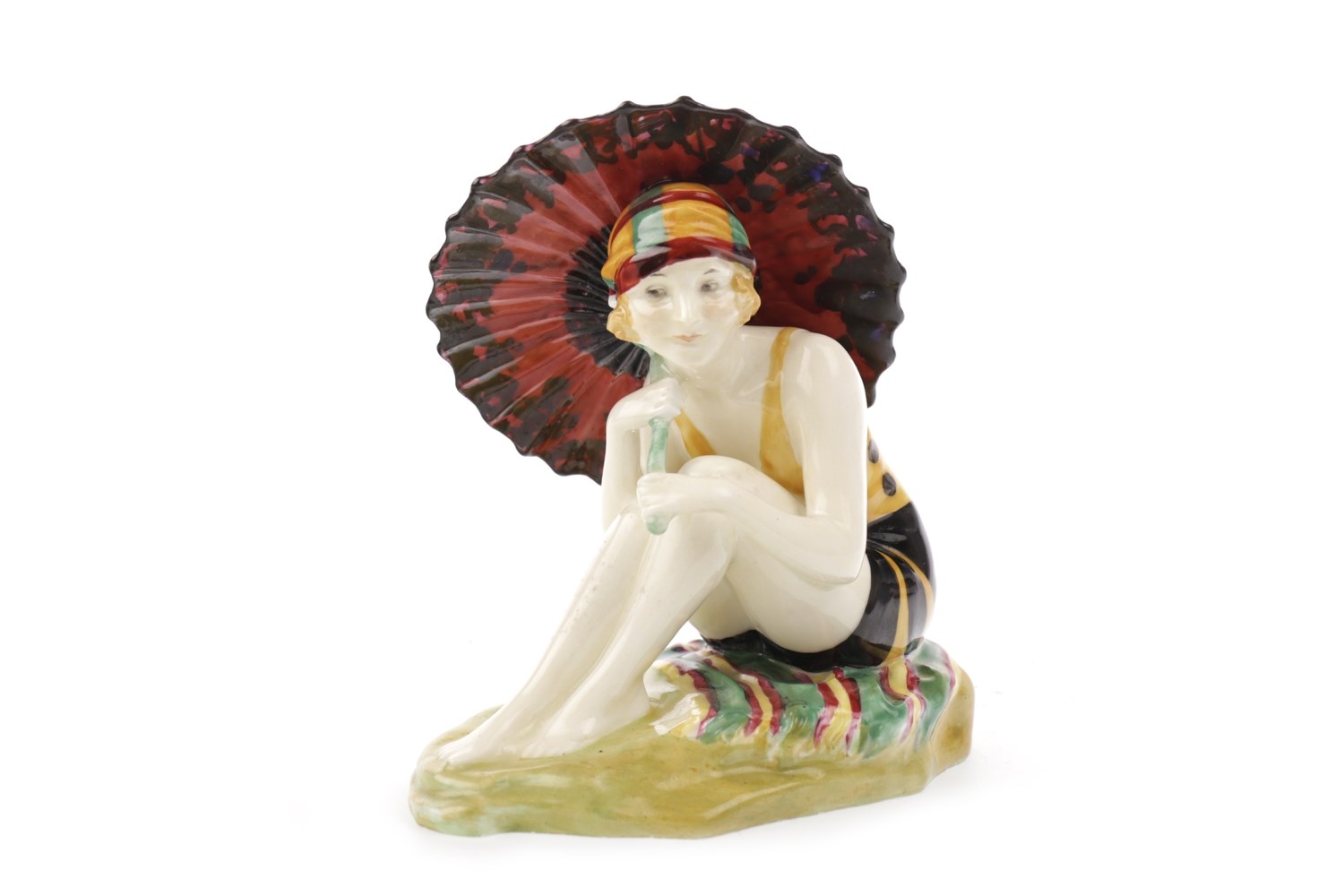 Lot 1208 demonstrates the abstract patterns and vibrant colours that were used. The figure is shown wearing a suit with striped bottoms and a polka dot top. Under a bright parasol, she shades herself from the sun. The model also wears a fashionable cap that compliments her boyish bobbed hairstyle, another indicator of the times.

Leslie Harradine was one of Royal Doulton’s most important and prolific modellers from the 1930s to 1950s. Harradine’s swimsuit figures were particularly popular with Sunshine Girl and the slightly more risqué models of ‘The Bather’ both swimsuit-clad and nude. As the figure of Sunshine Girl is particularly rare, lot 1208 offers a fantastic opportunity for collectors.

Featuring 18th to 20th-century porcelain, pottery and glass from the best-known manufacturers around Britain and Europe. Dedicated auctions of British & Continental Ceramics & Glass are held every twelve weeks.