A Look At Satsuma

Satsuma ware is a type of earthenware pottery originating in the 16th century and still in production today. Its source lies in the Satsuma domain of southern Kyushu in Japan, though the technique is thought to be Korean in origin. It is said that the Japanese Shimazu prince had skilled Korean potters abducted and brought to the area in order to pass their skills onto native artisans. The typical palette of Satsuma ware is an ivory base with crackled glaze and gold highlighting over colourful decoration. 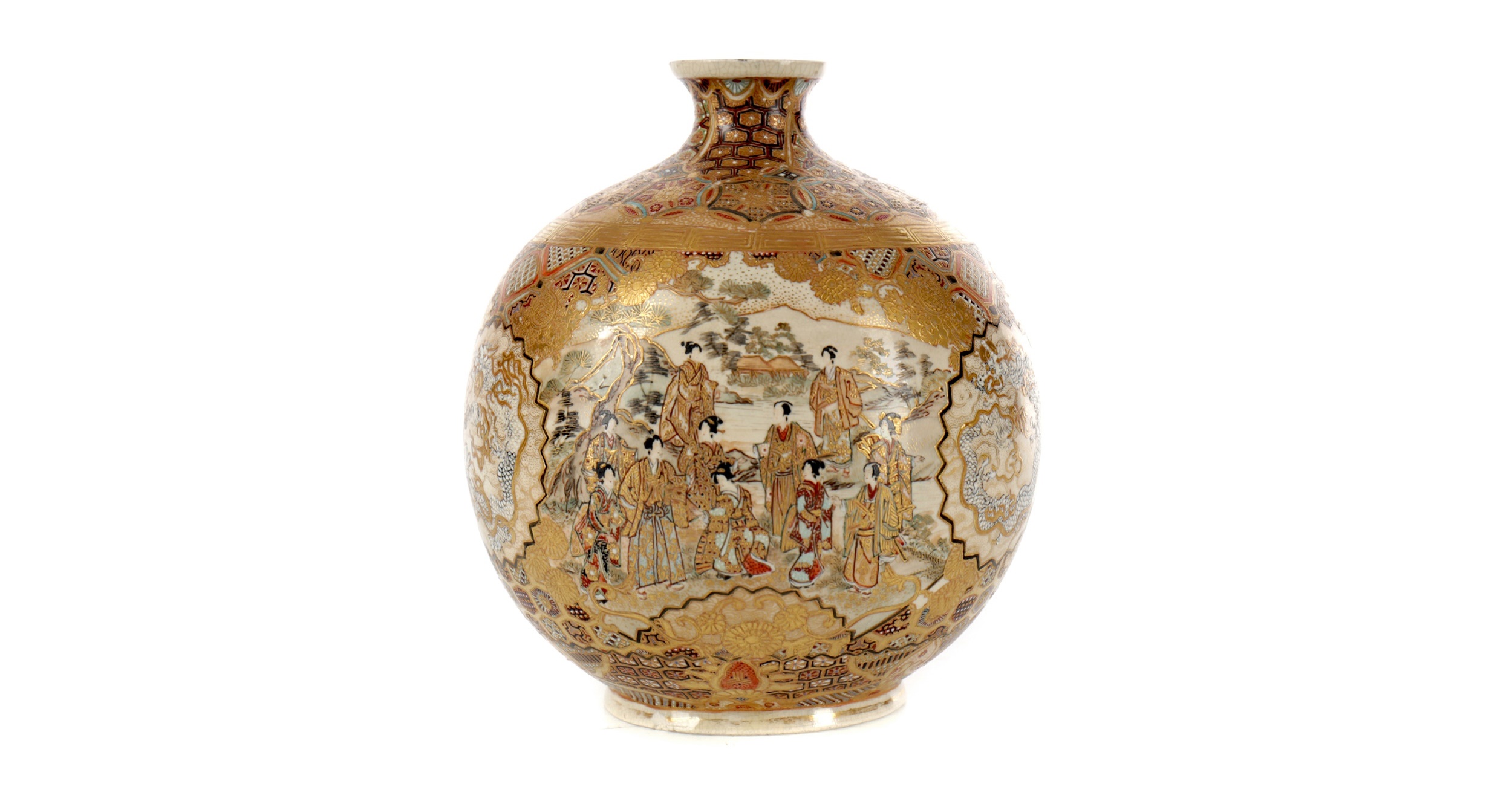 The Japanese artists created high quality pieces for the home market and would often spend months on a single piece. Typically the artists would buy glazed blank pieces from potters which they decorated freehand. The most familiar designs include flora and fauna motifs such as chrysanthemums, lotus flowers, cherry blossom and bamboo as well as birds, butterflies and insects. Figural scenes are also seen, usually engaged in a religious ceremony or festival. Typical of Japanese artists in all fields, the early Satsuma potters worked to a delicate and elegant sensibility, favouring subtlety over busy designs, with every stroke a work of art. Often occupying an artisan for months at a time, each Satsuma piece gives the impression of naturalness, as if done on whim and in a moment’s inspiration. This is what defines true Japanese art. 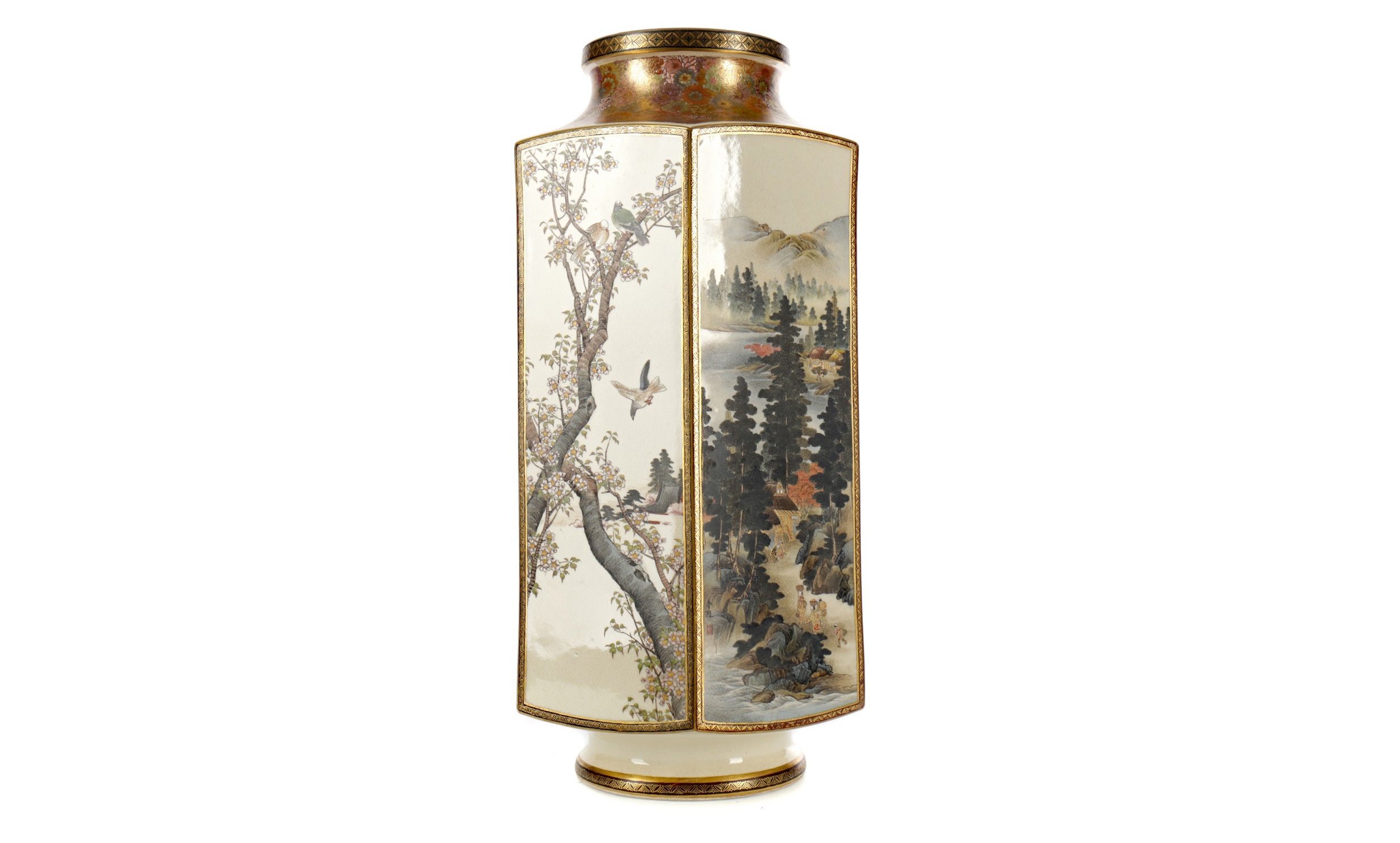 As Japan opened its doors to the West, the 1870s onwards saw the production of more affordable, gaudier Satsuma pieces. Having been on display at the international exhibition in Paris in 1867, Satsuma fast became highly collectable and popular in western nations. The Satsuma craftsman catered to this new market with manufactured export ware, characterised by over-crowded scenes, most often of geisha and samurai, decorated in garish enamels with heavy gilding and done with a heavy (and quick) hand.

Fine pieces can still be found on the market today and in McTear's Asian Works of Art Auction on 9 April one can enjoy Satsuma vases, lamps, koros and bowls.

The next Asian Works of Art Auction takes place on 1 July 2021; entries are invited for this international auction. For a complimentary valuation please contact specialist Magda Ketterer on 0141 810 2880 or magda@mctears.co.uk.