Unquestionably one of the world’s most popular series of books, the magical world of Harry Potter was famously dreamed up by author J. K. Rowling in an Edinburgh café. Harry Potter and the Philosopher’s Stone, the first in the series, was first published in the United Kingdom in 1997, with the popularity of the wizarding world only growing in the years to follow.

Given the enormity of the Harry Potter world - with films, theatre productions and theme parks following the novels - it’s unsurprising that the books have proven collectable for fans. In fact, a first edition of Harry Potter and the Philosopher’s Stone – one of the five hundred first edition copies of the novel – set an impressive new record last year in the United States when it sold at auction for an incredible $81,250 (£60,186). 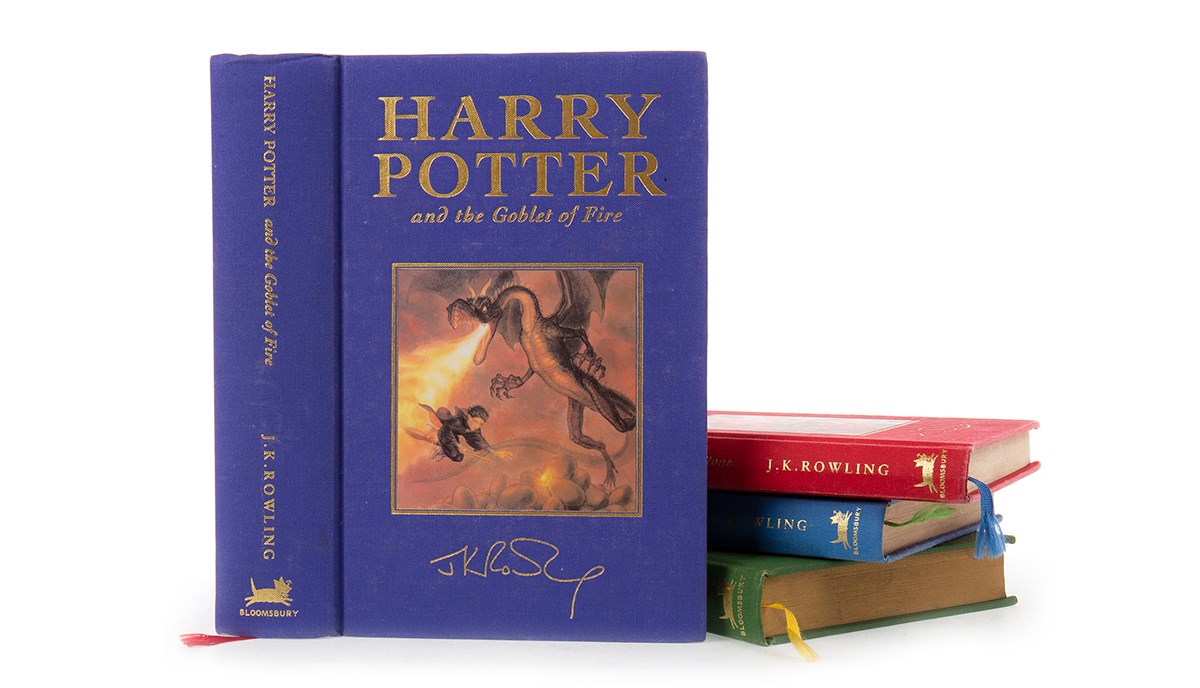 This attractive collection is the perfect literary purchase for the Harry Potter fan. Sure to appeal to even the muggles in the room, this magical lot comes with an attractive auction estimate of £300–500.