A pair of Black Bowmore set for auction at McTear’s

No other whisky represents the flourishing market for whisky collecting and investing better than the Black Bowmore, and in McTear’s April Whisky auction, there are two up for sale.

In 1993, the first edition of the Black Bowmore 1964 was released onto the market at a time when blended whiskies were dominating the market, and single malts were few and far between. Initially priced at less than £100, this delicious sherry monster is a must have for collectors and investors. 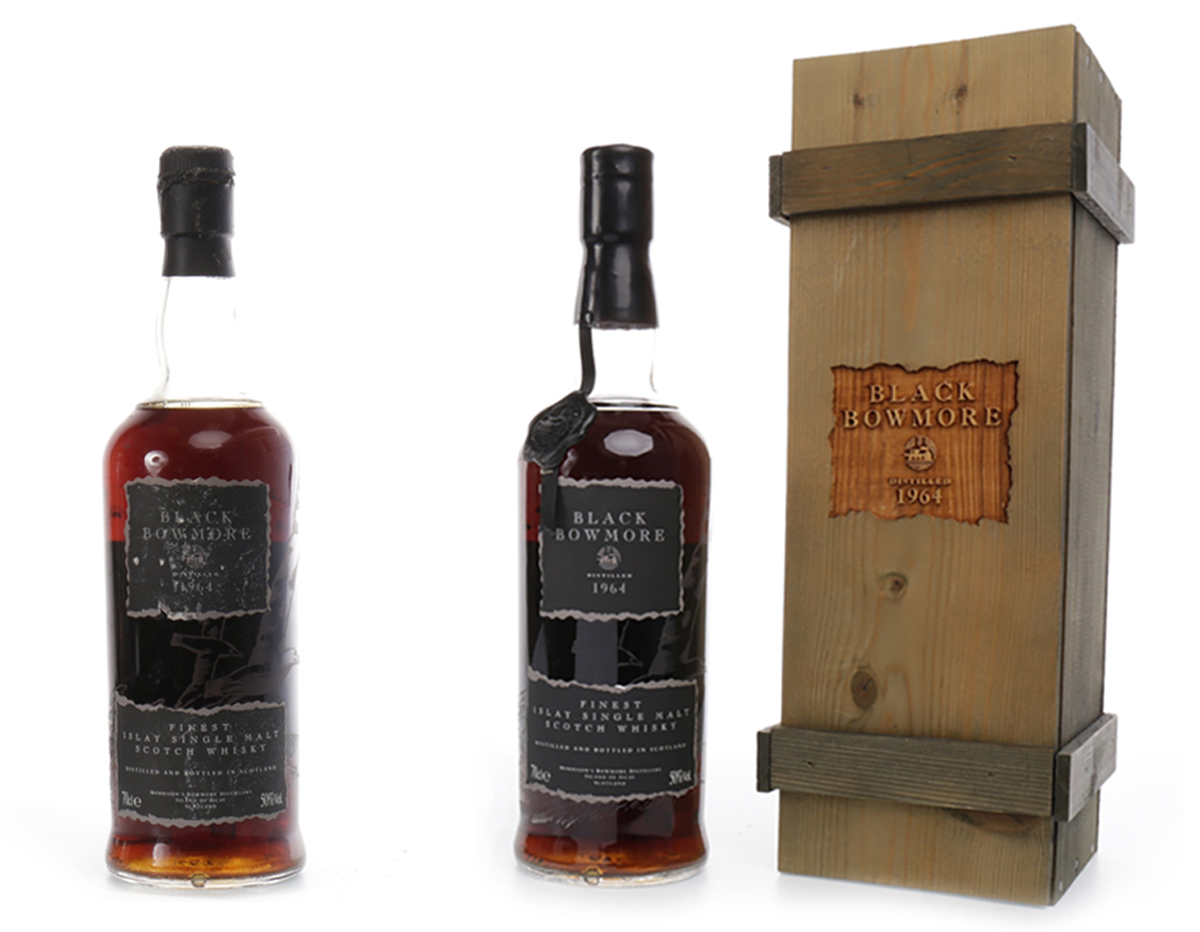 The following year the second edition was released, again only 2000 bottles of a 1964 vintage matured very heavily in Spanish sherry giving it that incredible dark colour, and only a small price increase, it was still found in some shops for as little as £90.

Following on from the initial two releases came a third in 1995, and a fourth in 2007, which was part of a trilogy alongside the ‘White Bowmore’ and the ‘Gold Bowmore’. The fifth and final bottling was released as a 50-year-old in 2016, of which there were only 159 bottles, and it retailed at a staggering £16,000.

In Friday’s Rare & Collectable Whisky auction McTear’s has both a first (lot 1178) and second edition (lot 1176), both estimated to sell for £5000 to £7000, but there is a good chance that the first edition could well exceed this estimate.