A rose by any other name…

Another highlight of the Rare & Collectable Whisky auction this month at McTear’s is the ever-popular Balvenie Rose (First Release), appearing as Lot 1074.

While its neighbouring sister distillery Glenfiddich in Dufftown has been established as a single malt since the 1960s, Balvenie has instead stayed out of the limelight, producing spirit for the popular blended whisky Grant’s. However, in the 1990s Balvenie began to be promoted as a single malt in its own right (the opening of Kininvie distillery around this time eased the pressure on Balvenie to produce spirit for blending), with the iconic twelve year old Balvenie Doublewood expression being one of the very first to utilise an extra period of maturation in another type of cask (in this case, ex-sherry casks) in a process known as ‘finishing’. However, their claim of being ‘First To Finish’ is disputed by Glenmorangie, whose Master Blender Dr Bill Lumsden continues to experiment with various wine cask finishes to this day. 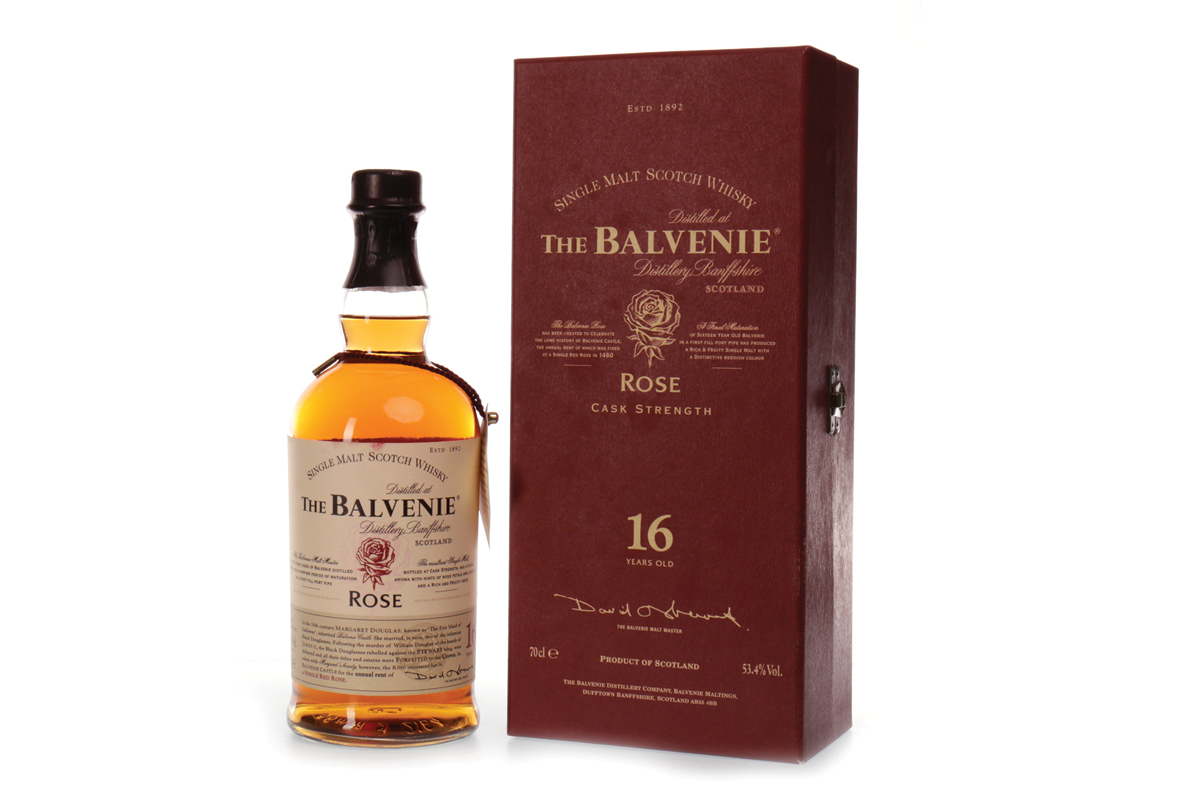 Balvenie Rose is a sixteen-year-old expression, and was finished in a cask which had previously held port. This was a ‘first fill’ port cask, meaning that it had never been used to mature whisky before, ensuring that plenty of the rich and fruity characteristics of the port which had been soaked into the oak were then passed onto the whisky. The curious name of this bottling is taken from the story of the nearby Balvenie Castle, which was occupied by Mary Douglas in the 15th century. She was considered so beautiful by the King James II that in 1460 he decided on the rent that she was to pay to him each year: a single red rose.

For information on upcoming auctions and selling whisky at McTear’s >>

McTear’s holds the prestigious Rare & Collectable Whisky auction every six weeks, as well as online-only auctions of single malts, blended whiskies and wine. Run concurrently on an online platform which attracts six million visitors annually from over 120 countries worldwide, the live whisky auction at McTear’s boasts the highest average hammer prices of any whisky auction in the UK.