The Silver Auction at McTear’s this October features a most handsome silver figure of a stallion, modelled by one of the most acclaimed equestrian sculptors of the 20th century, English sculptor Lorne McKean.

Lorne McKean (b. 1939) attracted recognition as an artist from a very young age, invited to join the studio of Prince Serge Yourievitch at the age of just 11, where she received formal training under his guidance. McKean later went to study at the Royal Academy Schools, and aged just 20, had two sculptures accepted for the Royal Academy. Now in her 80s, McKean enjoys a reputation as one of the world’s greatest equestrian sculptors, and her impressive array of work includes commissions from the British Royal family. 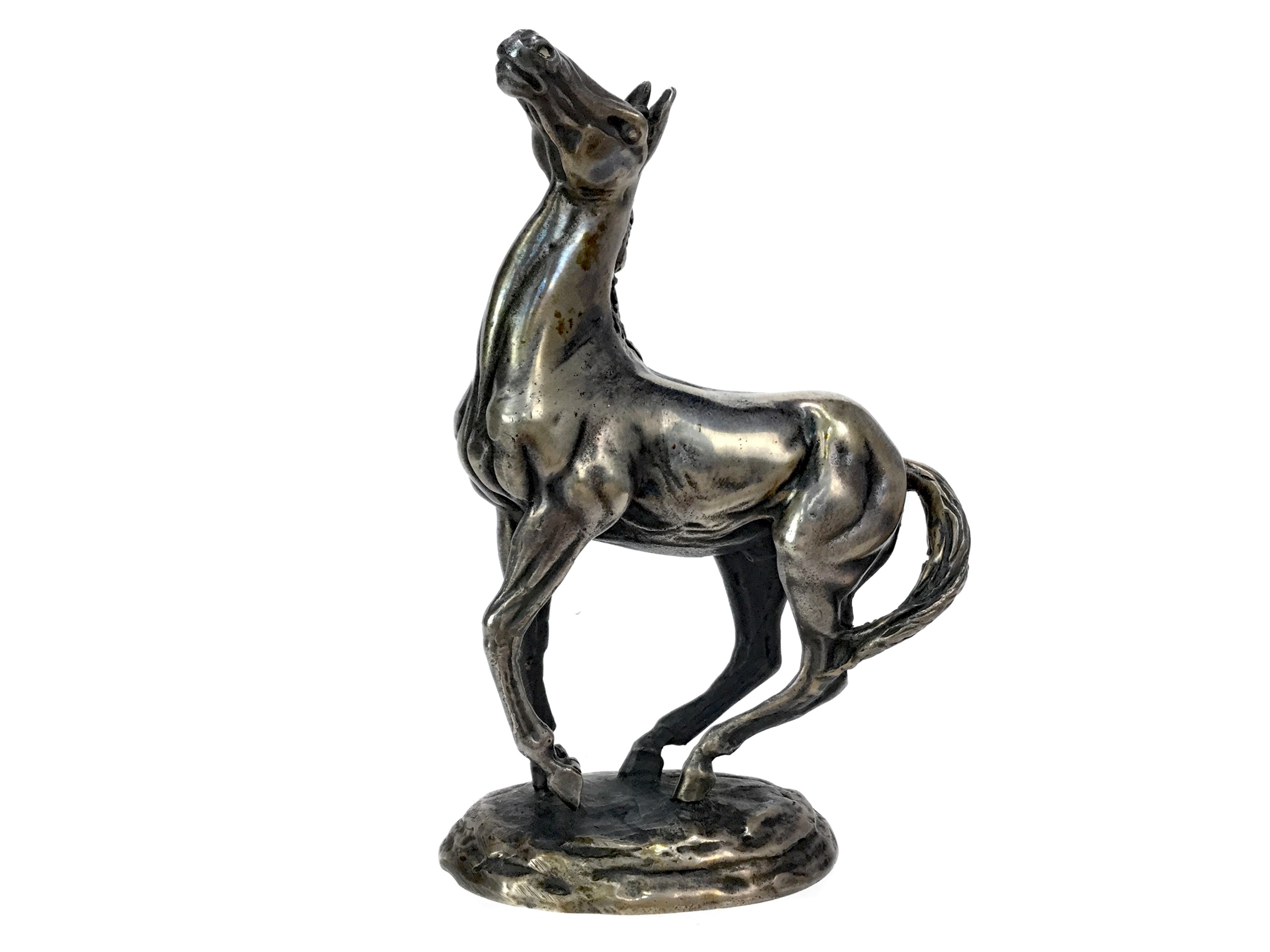 Lot 495 in The Silver Auction on 8 October features a limited edition silver figure of a stallion, commissioned by the British Horse Society in the 1970s. The charming sculpture comes complete with box and certificate of authenticity, signed by President of The British Horse Society, The Earl of Westmorland. This comes estimated at £200-300.

This is-neighhh one to be missed. So, canter on over to McTear’s Glasgow Galleries this Thursday, the auction starts at 10:30am.

Do you have silver you would like to sell at auction? Perhaps a Georgian piece, or something from the Victorian era? For a free no-obligation auction valuation, pop into McTear’s Monday-Friday this week, or email james@mctears.co.uk