A Touch of Romance

McTear’s is delighted to present a number of Royal Dux figures in the next British & Continental Ceramics & Glass Auction on 19 July. Lot 1234, a figure group of a young couple courting, is a classic example of Royal Dux production. The male shepherd is modelled caressing the maiden who rests her head on his shoulder.  On a naturalistic base with leaves and undergrowth, the rosy-cheeked couple are dressed in rustic garbs with gilt highlights that radiate a youthful elegance. 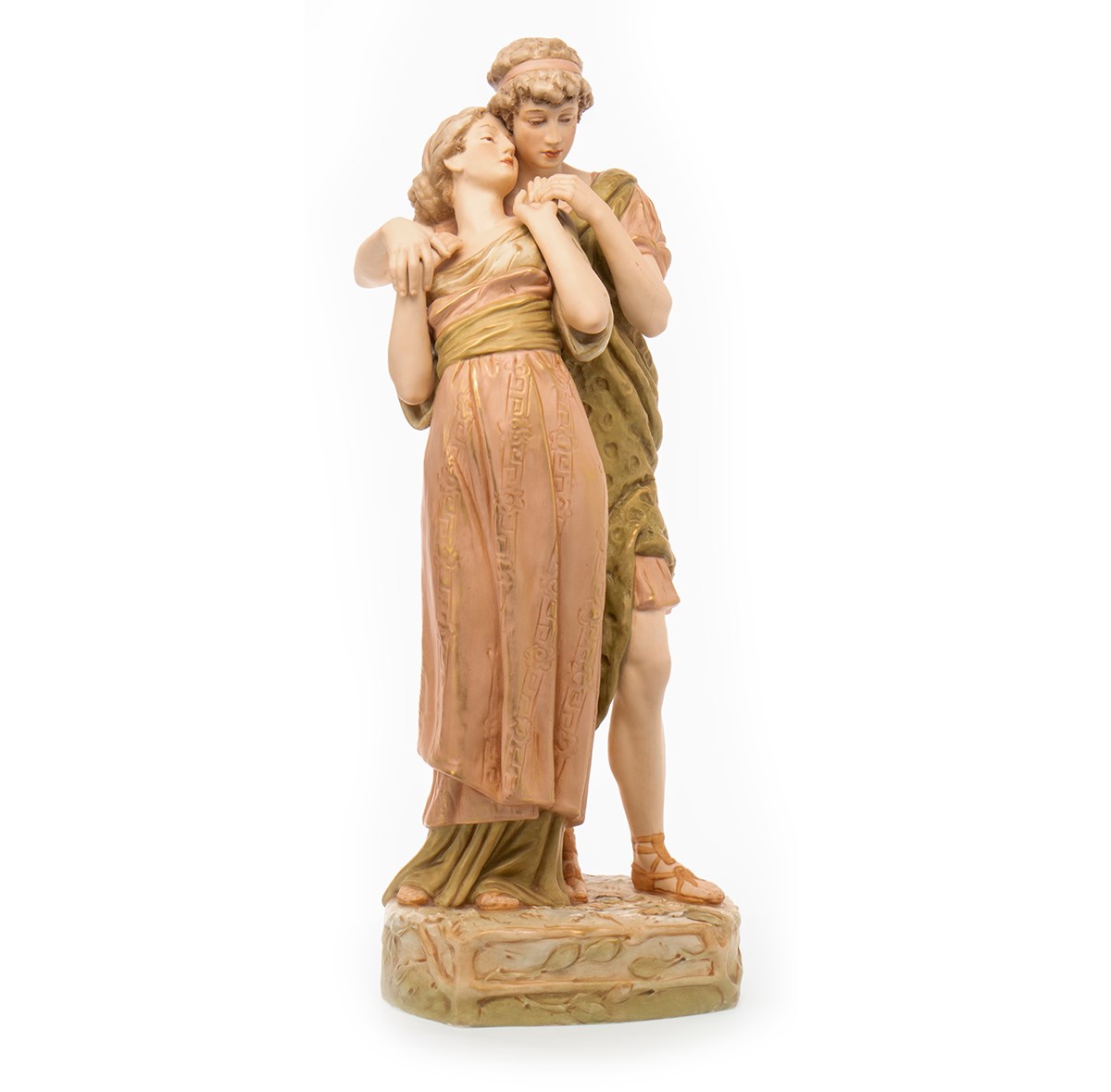 Since 1853, Royal Dux has been creating figures and decorative porcelain. Most often, Royal Dux figures feature couples or figure groups in traditional dress or animals on a naturalistic base. Lot 1234 is signed Hampel which means we can identify it as a work by Alois Hampel, a designer whose involvement with Royal Dux allowed the company much success.  As well as the signature, the figure has the applied pink triangle to base that verifies its authenticity.

If you’re looking for a bolder example of Royal Dux, look out for lot 1227. This pair of rearing horses with young male riders are an impressive 48cm high and would add a statement to any setting. The applied pink triangle also appears on the base of each horse so we know these are Royal Dux.

You can view the full catalogue for this auction here >>