On the 14th of January 1949 something truly special was created. Macallan filled a small number of sherry casks with their spirit, which would be left to slumber for 50 years. Fast forward to August 1999, preparations were being made for the potential ‘Millennium Bug’, wreaking havoc with computers and electronic devices, and celebrations were being planned for the dawning of a new millennium. It this occasion that prompted Macallan to awaken the spirit, remove it from the casks, and fill it into 900 Caithness glass decanters. 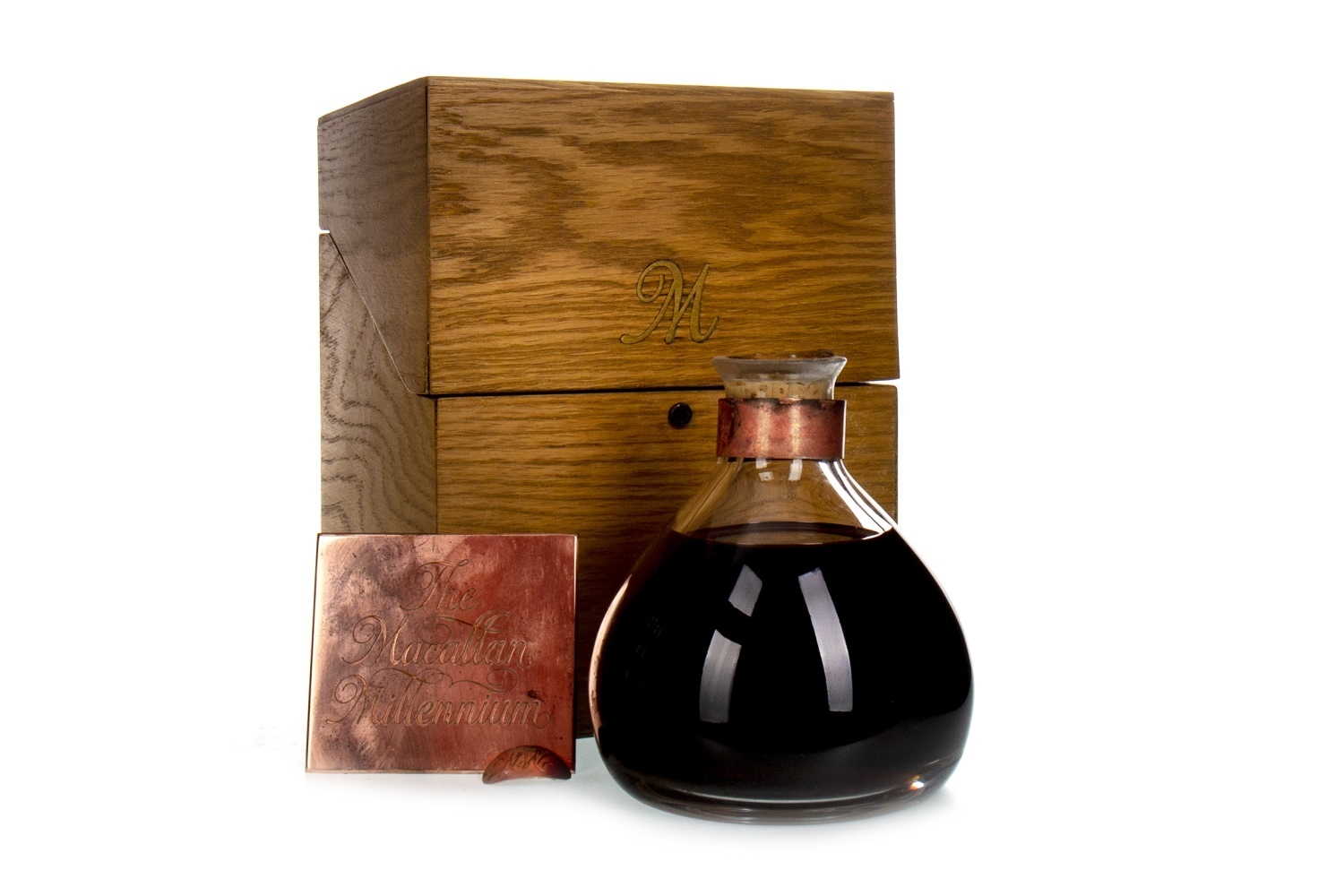 As driven corks were used, a copper covered stopper has been provided to use after the bottle has been opened, with copper also around the neck of the bottle. This exquisite package is finished off with a wonderful lockable hard wood box.

This is one of the most luxurious Macallans produced, and lot 1035 in the Rare & Fine Whisky auction of 18 December is an example of this legendary whisky. 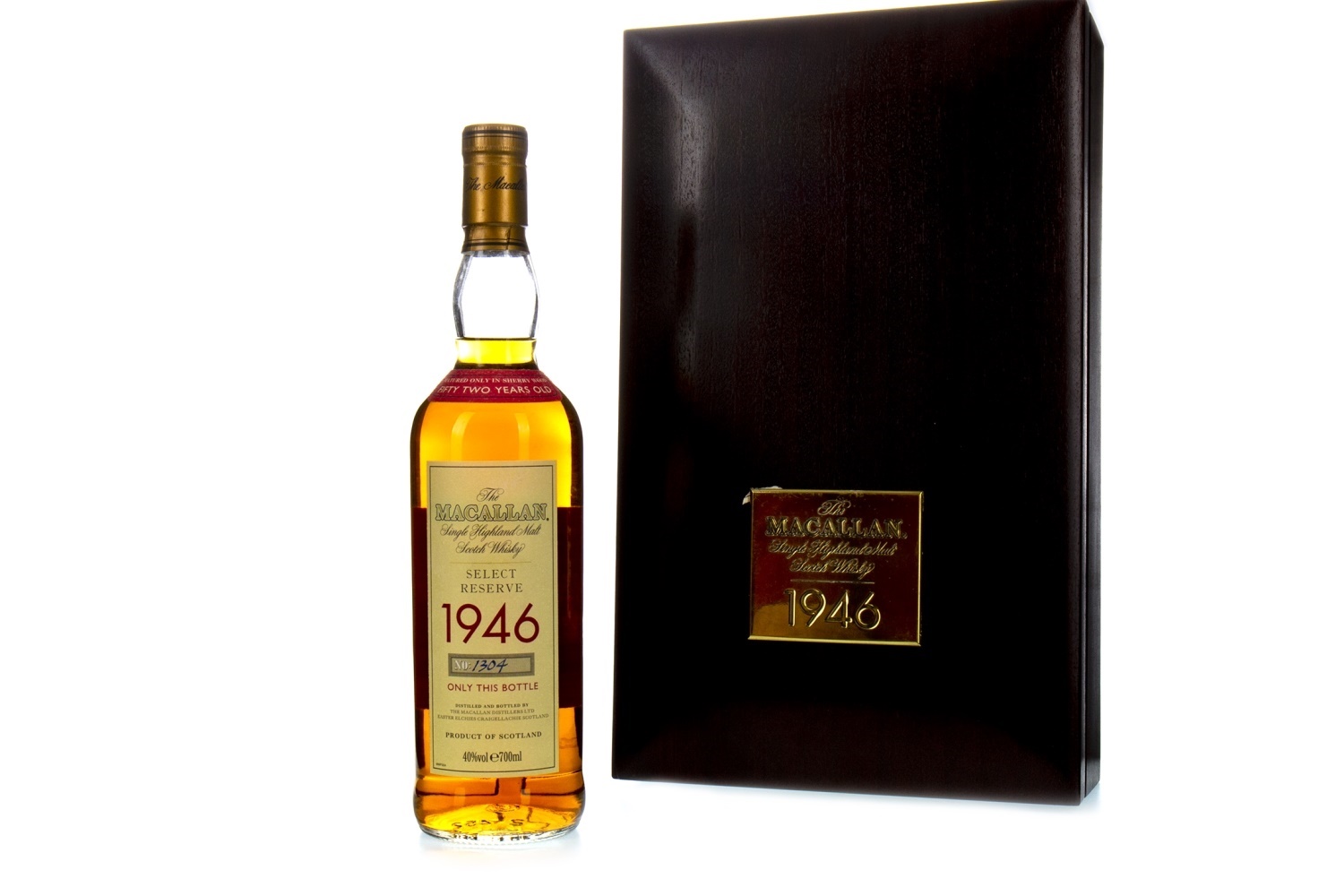 Also included in the auction are two Macallan Selected Reserves, the 1946 and 1948 distillations.  The 1946 is a 52 year old whisky, which has been matured in sherry casks, and come presented in a wooden box with a certificate of authenticity. 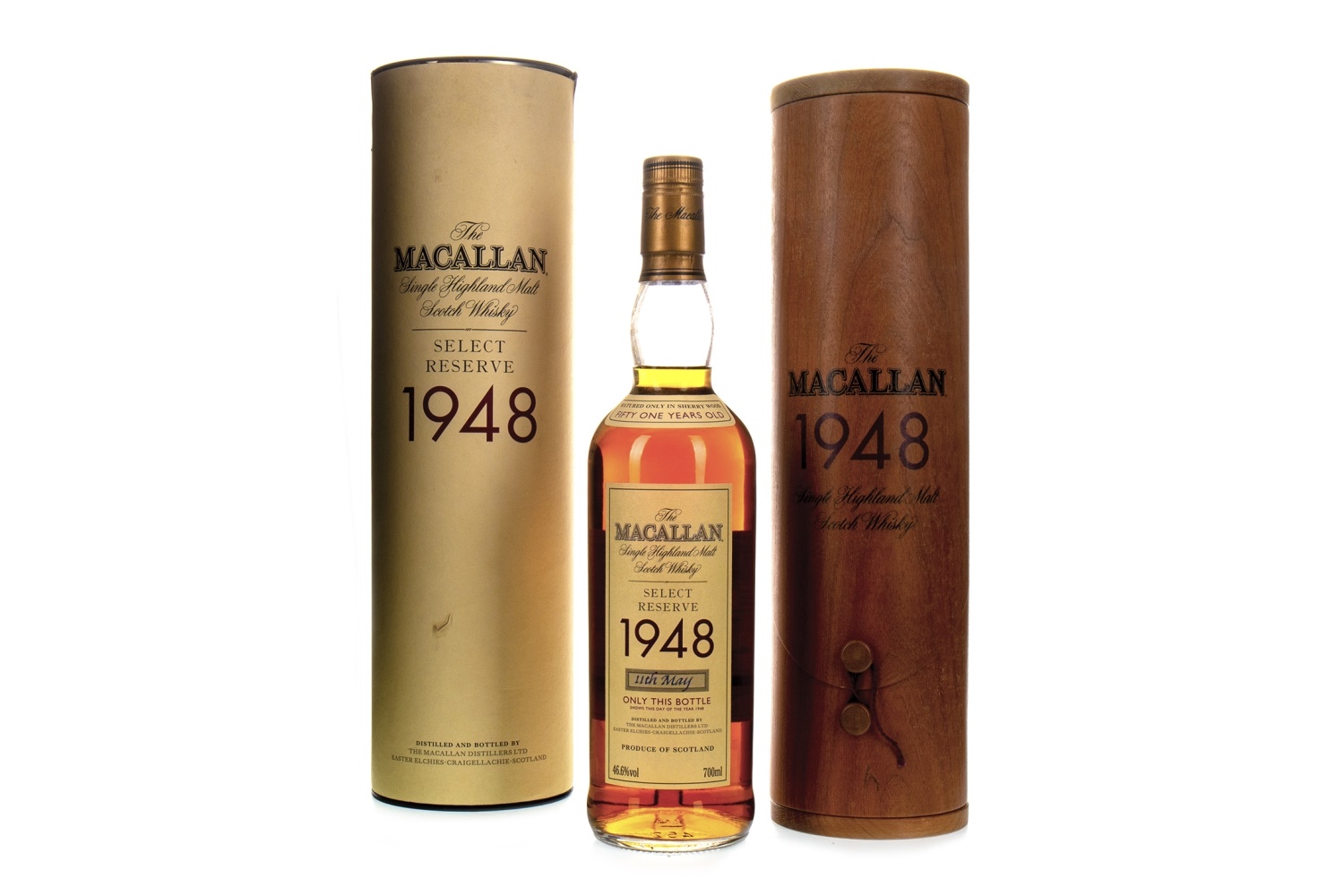 The 1948 is one of 366 bottles, which instead of assigning bottle numbers, Macallan decided to give each bottle a unique date, one for each day in 1948.