The Clydesdale Bank PLC is one of the three remaining Scottish banks and as such it has the right to issue banknotes. Founded in Glasgow in 1838, it remained a fairly small operation for the first few decades of existence. Opening branches in the north of England towards the end of the nineteenth century, the company slowly grew over the next one hundred years and was bought by The National Australia Bank in 1989. 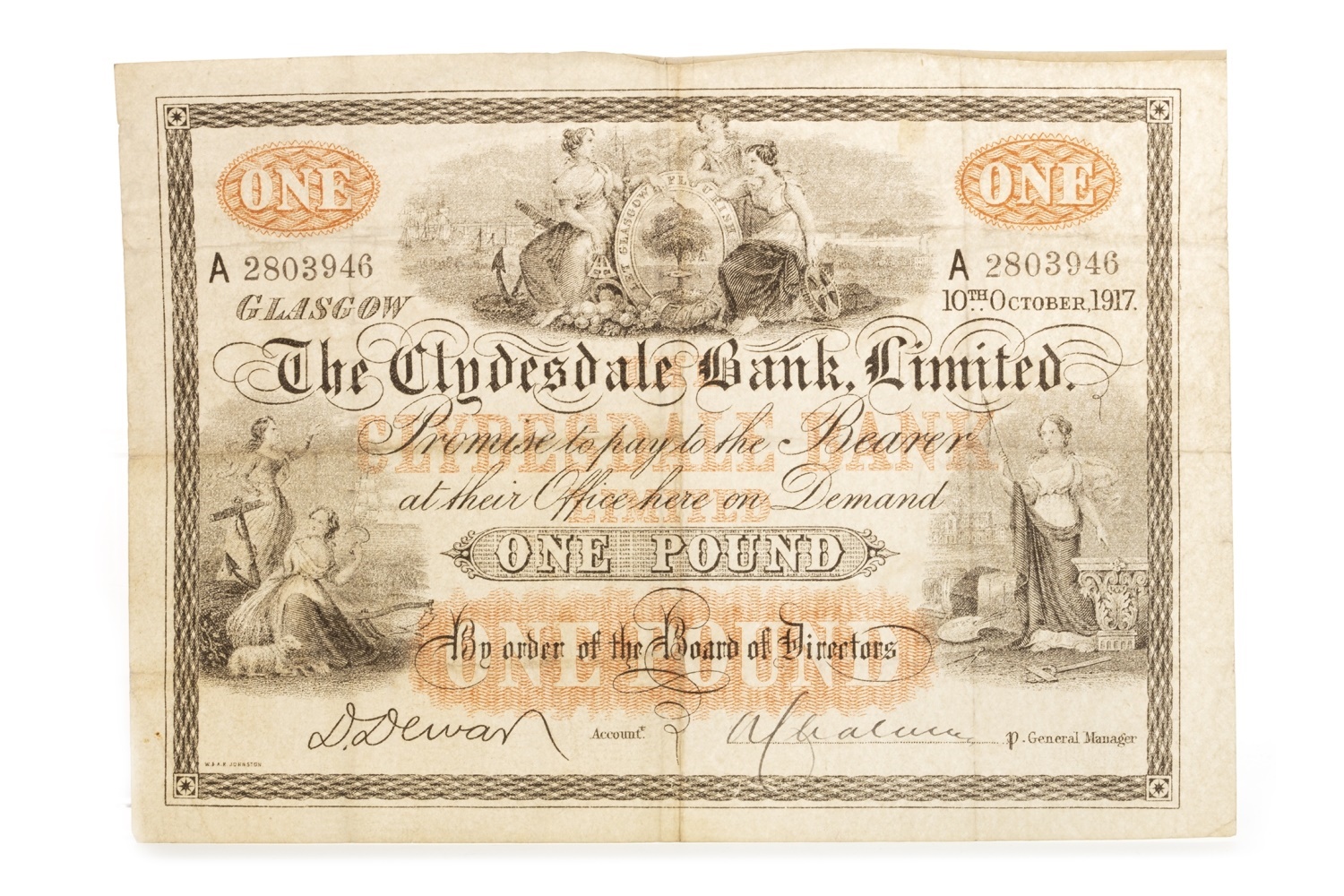 In 2016, it was floated on the London Stock Exchange and since has gradually shrunk, as have most high street banks, since that time. The demand for Scottish banknotes at auction has only increased however, with those from the 1930s and earlier being the most sought after. The Coins & Banknotes Auction on 5 November features lot 555, a rare The Clydesdale Bank £1 note dated 1917. Estimated at £150-250, this example features a great return on an original investment, albeit one made over one hundred years ago!