Alex Jackson (1905-1946) was a Scottish footballer born in Renton in May 1905. After starting his football career with local clubs, Jackson spent a brief spell playing in the American Soccer League, before returning to Britain and soon earning a reputation as a ‘ hat-trick-scoring hero’.

Back in Britain, Jackson went on to play for clubs including Huddersfield and Chelsea. However, Jackson became best known for his performance as part of the Scottish national team, and after his first international cap aged 19, he would go on to make 17 appearances for the national side. Most significantly, Jackson was not just one of the Wembley Wizards, but in fact scored a hat-trick to assist Scotland in their famous 5-1 win over England at Wembley in 1928.

Despite his undeniable talent, Jackson was known for his personality as well as his sporting skills, and his move to London enabled the player to pursue the ‘tremendous possibilities’ of the city, becoming landlord of a Covent Garden pub and even establishing a weekly newspaper column. 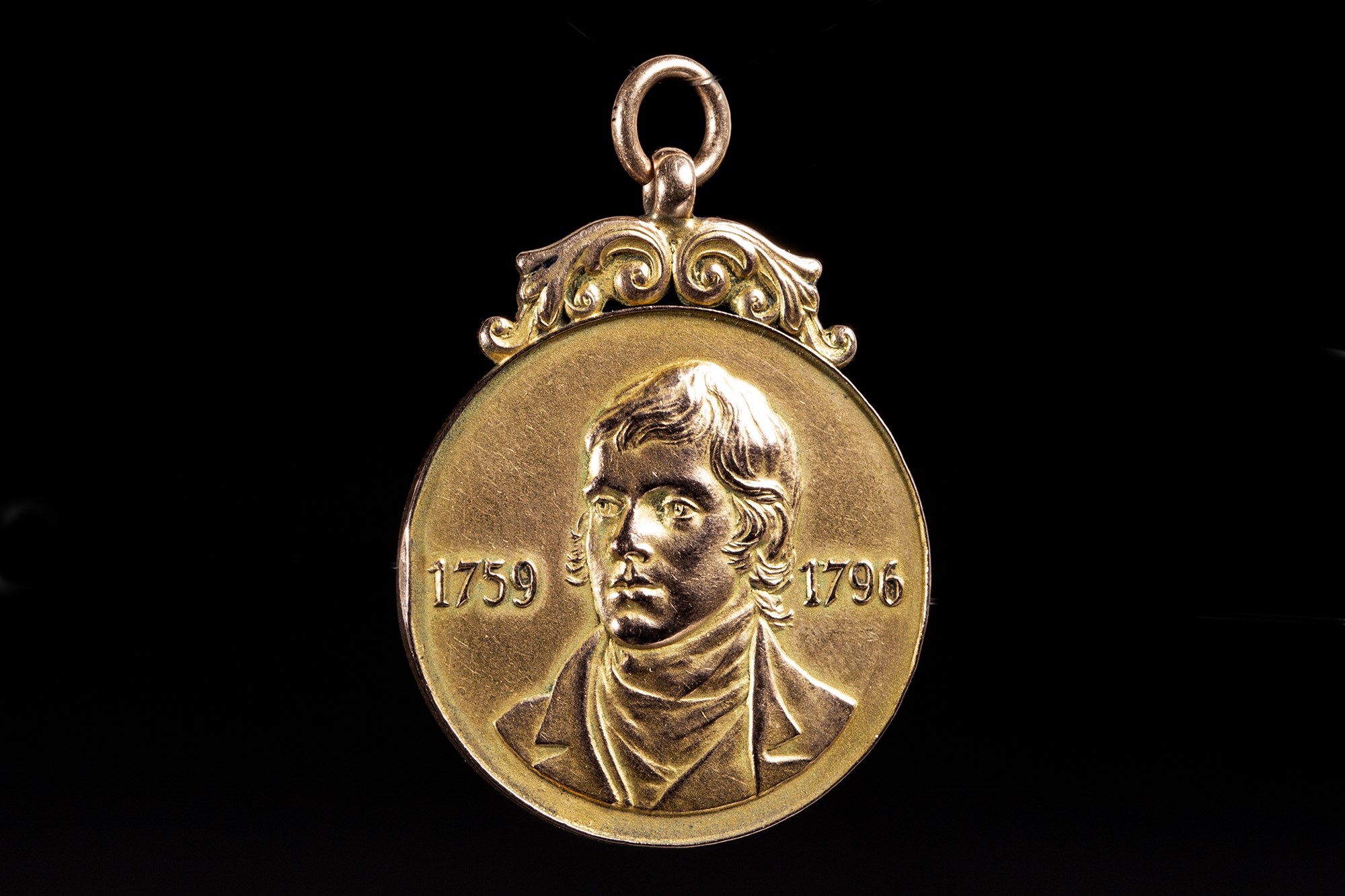 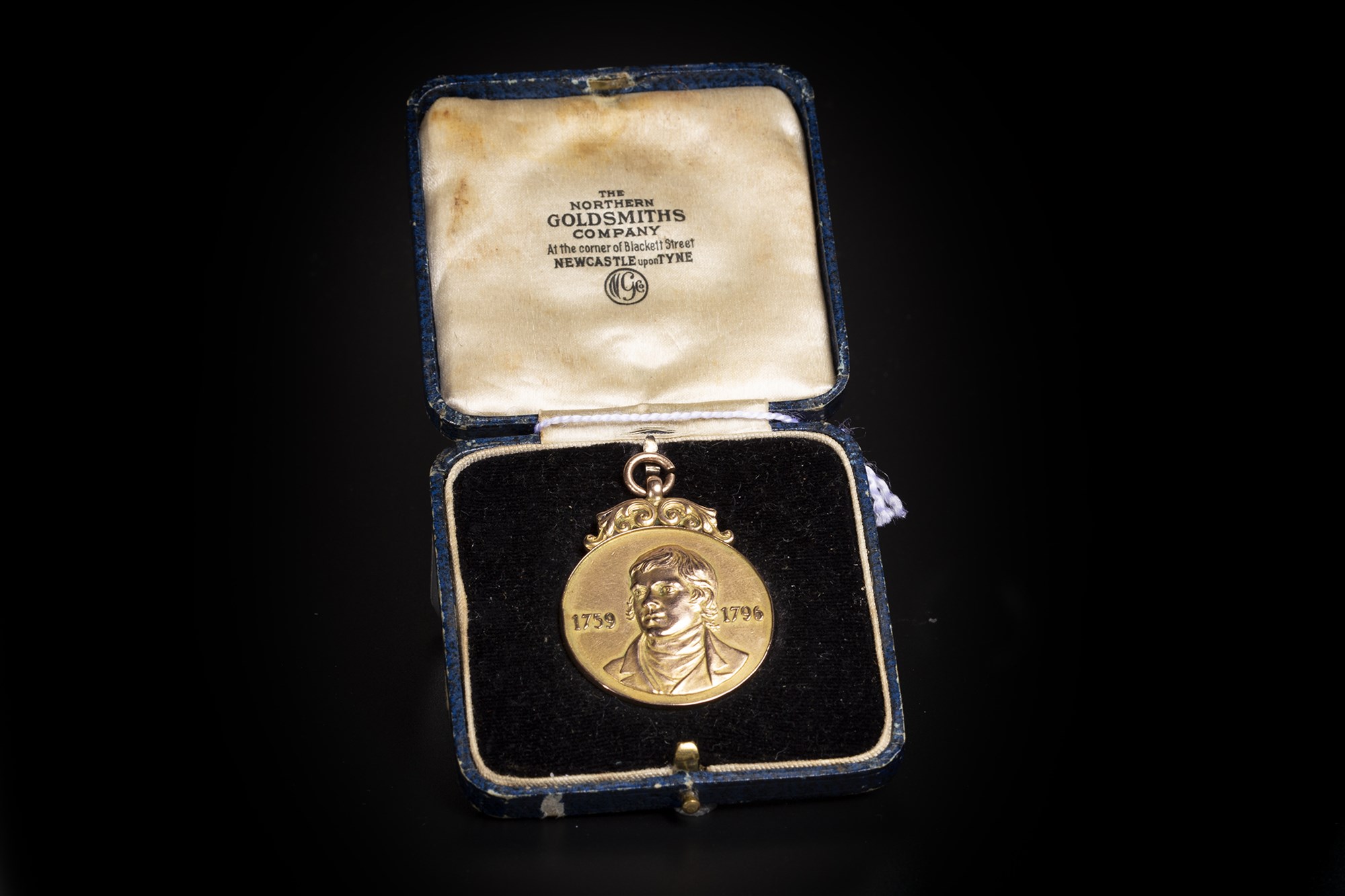 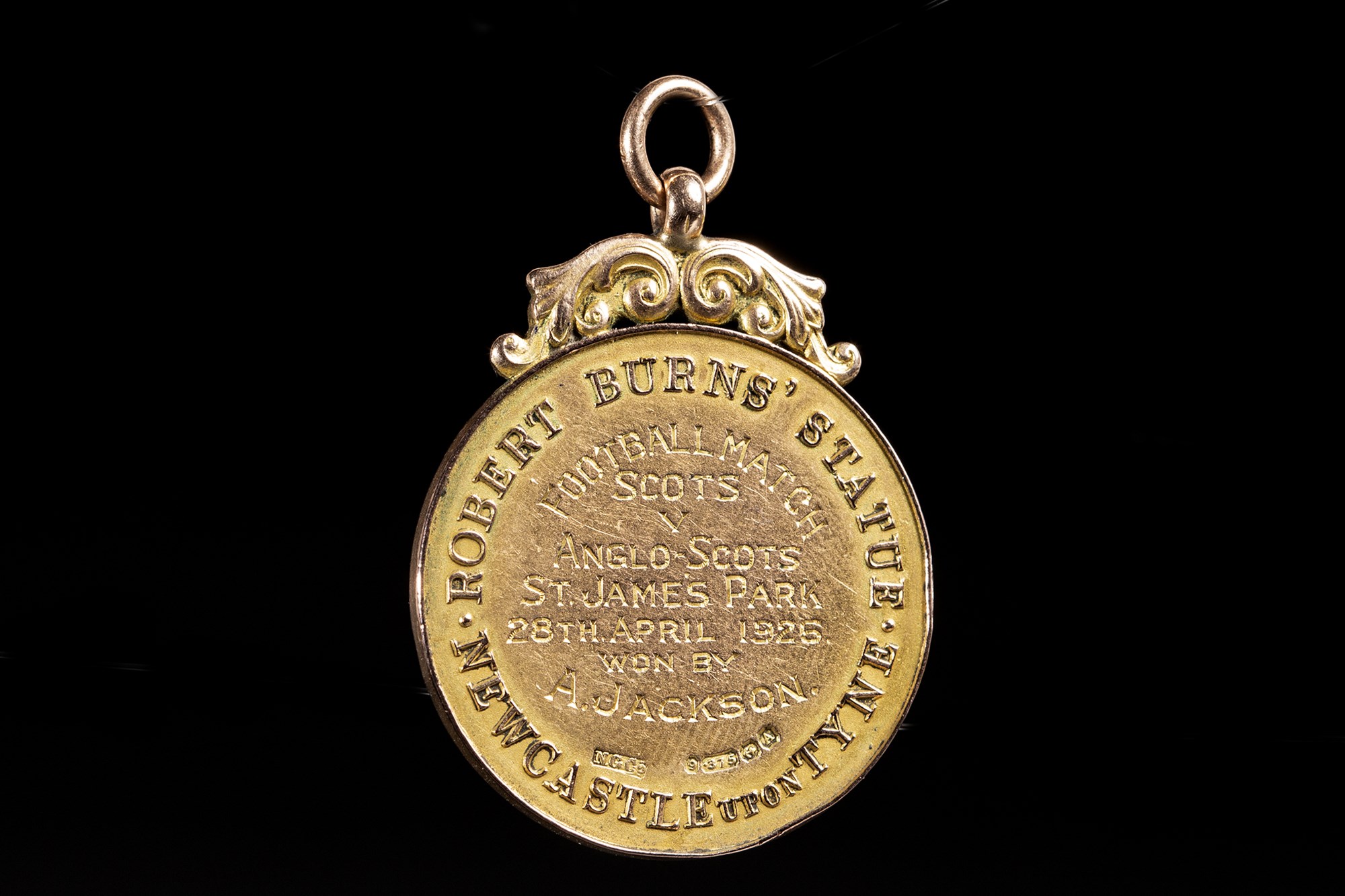 However, Jackson’s performance off pitch would soon effect his ability to play on. In fact, the player was suspended by Chelsea and transfer-listed after the Club learned that he had ordered drinks for the entirety of the Chelsea team on the eve of a match against Manchester City. The subsequent standoff with Chelsea and the corresponding contractual red tape meant that ultimately, Jackson would finish his professional career with small clubs including Ashton National and Margate.

With the start of the Second World War, Jackson fought in the Eighth Army in North Africa, and later joined the Pioneer Corps after being injured in Libya. With the end of WWII, Jackson stayed on in Africa and was assigned to the Suez Zone, where he tragically died in a traffic accident aged just 41. Jackson was buried in the Fayid War Cemetery in Egypt.

This medal was awarded to Alex Jackson for his role in the Robert Burns Statue fund trophy football match in 1926. This fundraising match took place annually at St James’ Park from 1925 and 1928, between teams of Home Scots and Anglo Scots. Whilst the original aim of the fund was to erect a statue in Newcastle, the money raised was eventually donated to various causes including the Princess Mary maternity hospital.

The home based Scots won the first three matches while the English based Scots won the last. Each player to participate was presented with a gold medal featuring a portrait of Robert Burns, such as this one, which was awarded to Alex Jackson following the match on 28 April 1926.