Variety continues to be the name of the game for the Rare & Collectable Whisky Auction at McTear’s, with an eclectic range of bottles making their way to Glasgow over the last week or two. The next sale on Wednesday 7 March is filling up fast, with the usual impressive selection of malts from the likes of Macallan, Bowmore and Springbank poised to generate plenty of interest amongst drinkers, collectors and investors.

However, the final lot of the auction will feature 26 bottles of Absolut vodka. As well as being visually impressive, the collection also features unusual and discontinued bottlings, such as special releases for the Brazilian and Mexican markets among others. 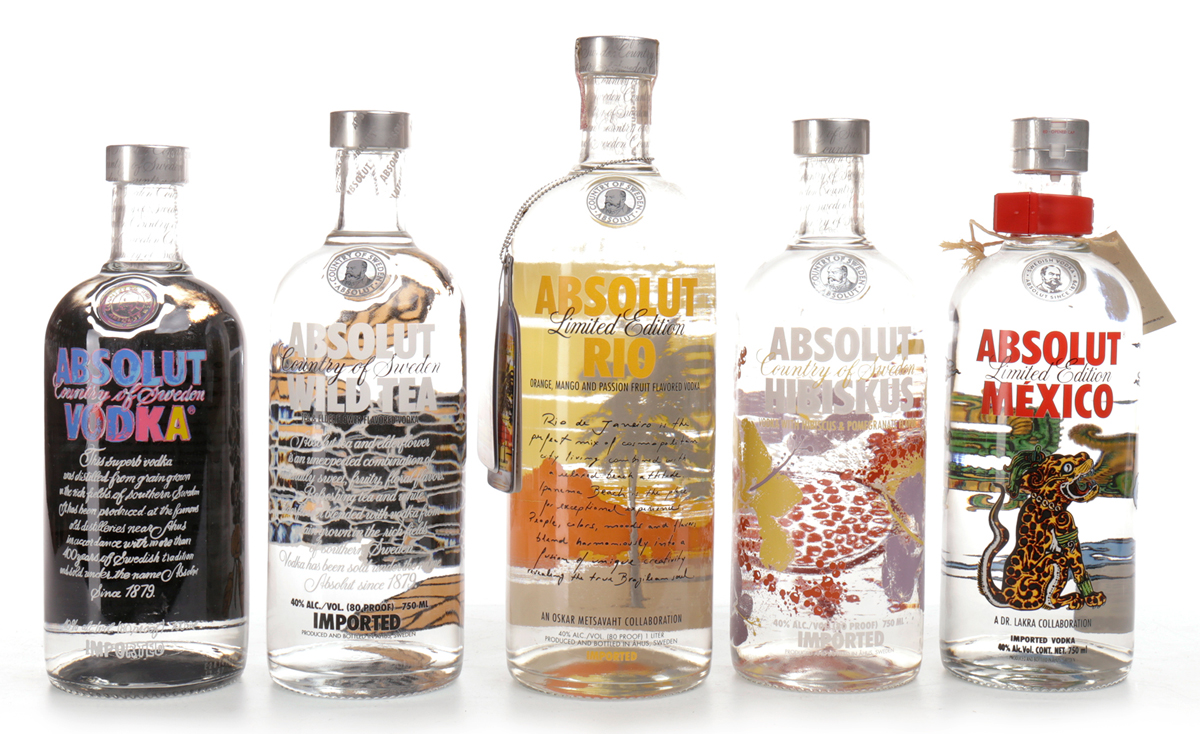 The Swedish-produced vodka brand is one of largest spirits brand in the world, and is owned by French group Pernod Ricard, who also own Glenlivet, Aberlour and the Chivas Regal brand. Absolut’s popularity is due in part to their distinctive packaging, which is often produced in collaboration with leading graphic designers and artists. With an estimate of £500–700, it will be interesting to see how the 26 bottles will be used by the buyer: to drink, to sell on, to collect, or perhaps to display?