Without question, there were two standout lots in McTear’s September Watches Auction that took place on the 25th of the month. 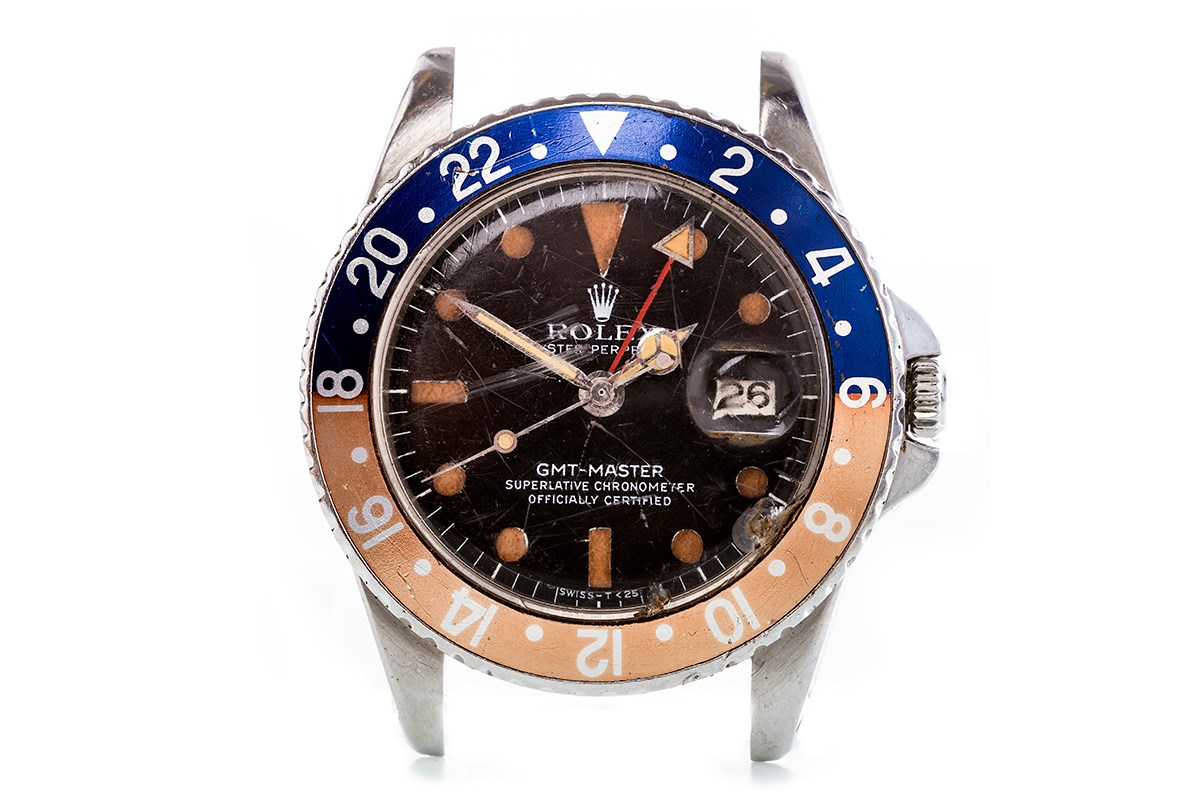 The first was lot 809, a rare Rolex GMT Master with ‘Pepsi’ dial. After competition in the room from two bidders and online in the USA, the watch eventually sold to the American internet buyer for £7700. A vintage example from around 1963, it is important to note that this watch sold for far more than the new version of the model retails for today. The trend for older, vintage timepieces, even those showing their age, shows no sign of waning.

Lot 816 was another 1960s timepiece, this time a Patek Philippe which soared past estimate to achieve £5600. The popularity of the Patek brand has increased significantly in recent months among the younger generations. It has been noted that the brand name appeared in more recently released songs than stalwart Rolex.

Do you have an older, even worn and damaged watch to sell? Email for a free valuation sarah@mctears.co.uk or come along to the Valuation Days at McTear’s on Tuesday, Wednesday and Thursday this week for complimentary auction advice.