All that glistens isn’t gold

Chinese artists have always been famous for making a functional object into a truly desirable work of art. Even in 19th century China the silversmiths were well-regarded, but it was often the retail silversmiths, the men commissioning the silver, who dictated the style and subject of the metal work. In the early 19th century (and late 18th century) silversmiths began manufacturing to appeal to a Western audience, catering for this growing market, and developed a fusion of Eastern motifs and Western shapes, to create beautifully crafted silver items. 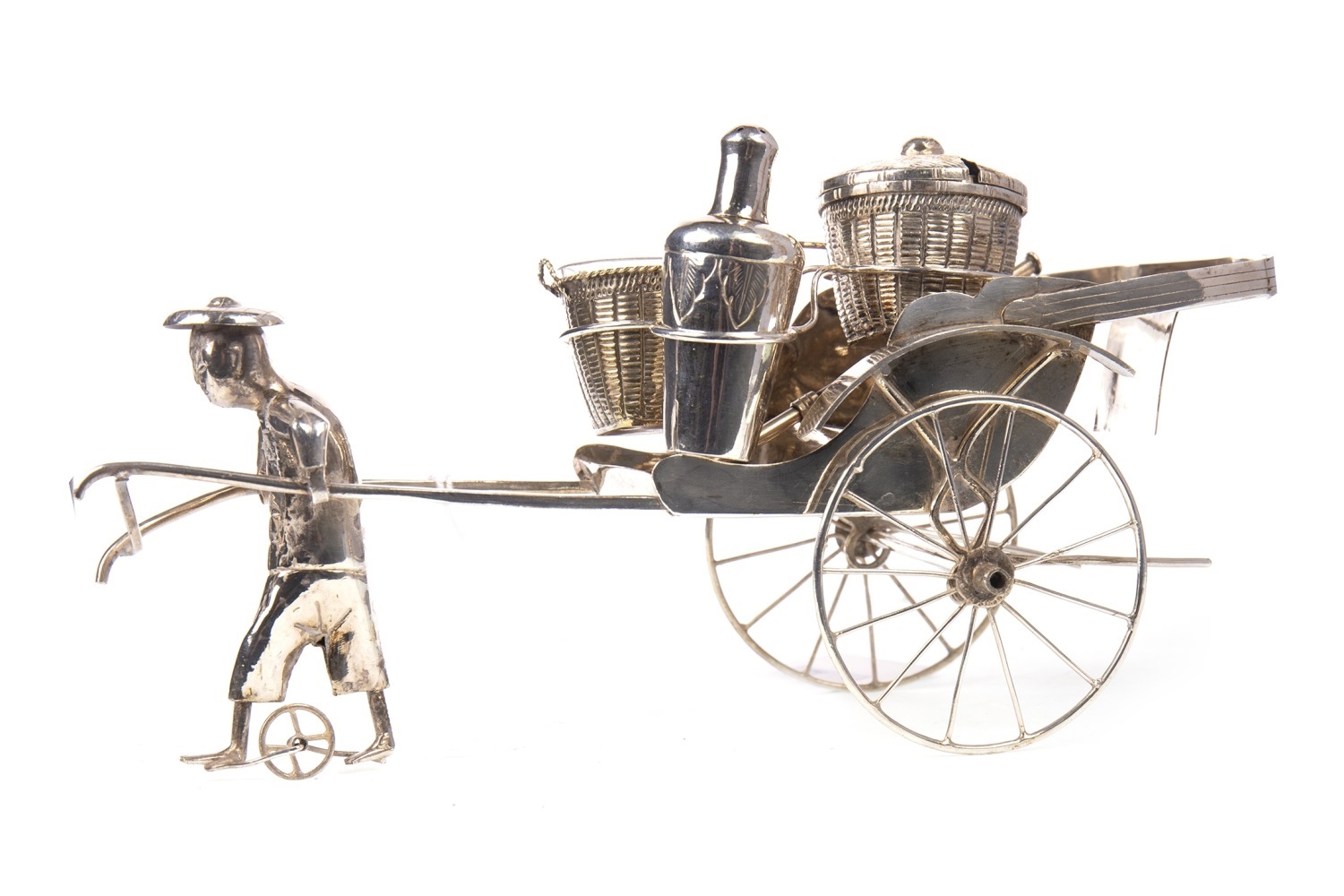 Lot 1001 in The Asian Works of Art Auction is a Chinese silver cruet set. A man pulls a rickshaw which houses the cruets. It carries a modest estimate of £100-200. A thing of beauty and of purpose. It is so typical of the Chinese artistic tradition to make something functional into something also of beauty – a talking point, a conversation piece. What better way to serve the salt and pepper at your next dinner party, than on this Chinese silver objet d’art!

The next Asian Works of Art Auction takes place on 30 January; entries are invited for this international auction. For a complimentary valuation please contact specialist Magda Ketterer on 0141 810 2880 or magda@mctears.co.uk.