February’s birthstone, amethyst, has been used in jewellery for over 2000 years and is loved for its unique purple hue.

Amethyst is a variety of quartz and it can be found across the globe from Siberia, Brazil, Sri Lanka and the Far East. Amethyst ranges from light lavender to deep purple with the most coveted grade being ‘Deep Siberian’, a primary deep purple hue with secondary blue and red tones. 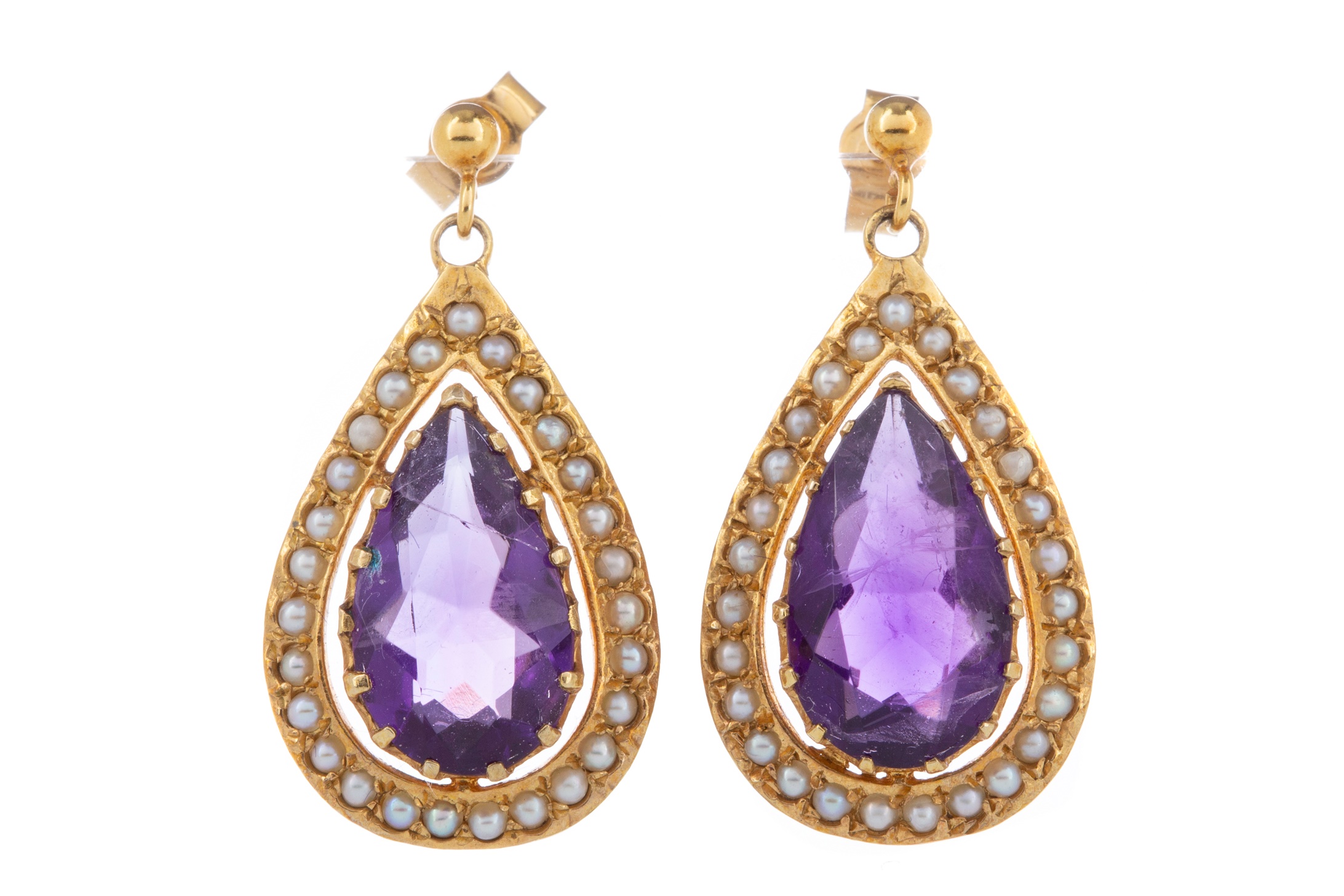 The name is derived from the Greek word ‘Amethystos’ translating to ‘not intoxicated’. Ancient Greeks believed that amethyst would prevent then from drunkenness and would wear amulets and drink from carved amethyst vessels with the belief that they wouldn’t end up in a state of intoxication. Medieval European soldiers wore amethyst amulets as protection in battle in the belief that amethysts heal people and keep them cool-headed. 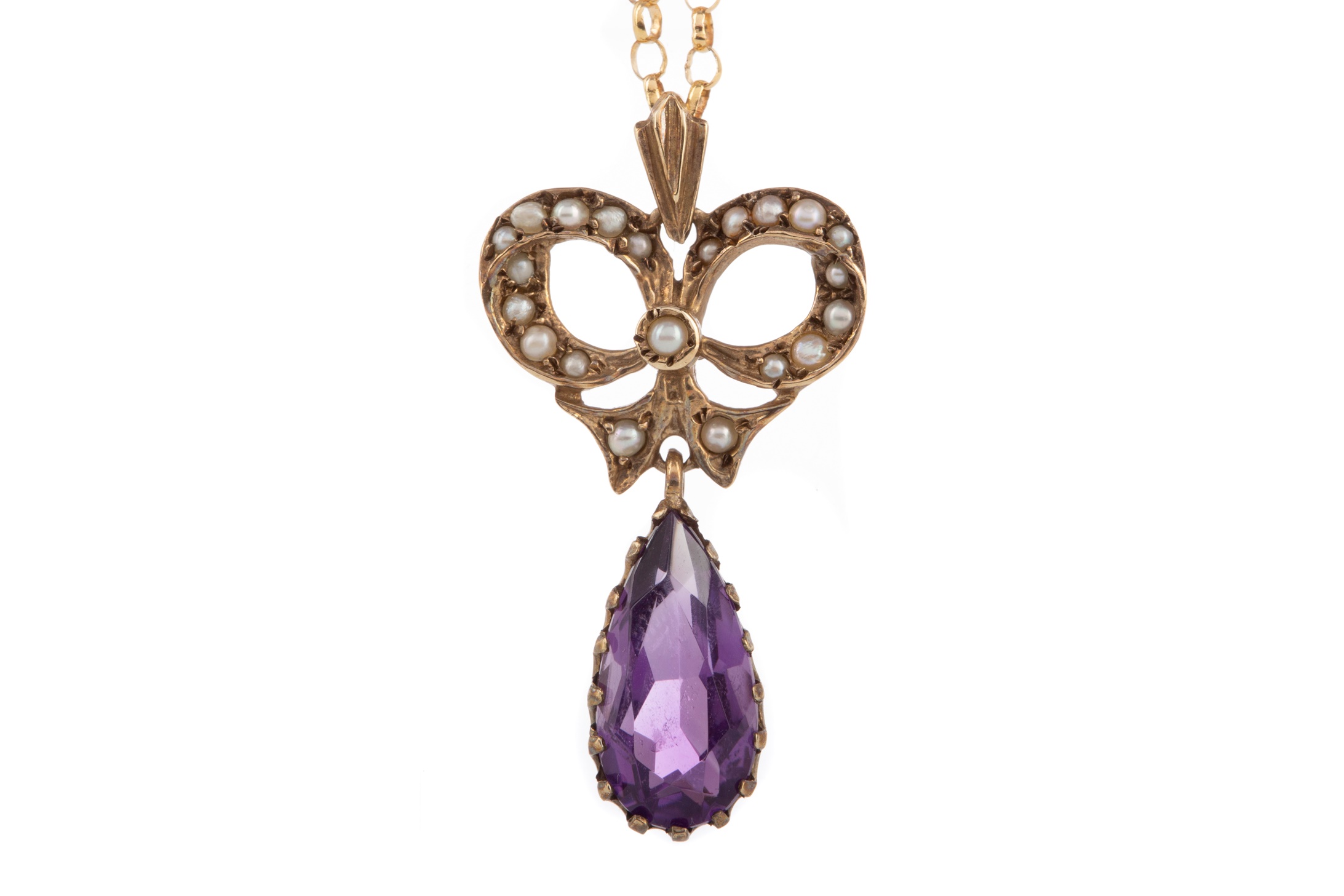 One ancient myth is that the Greek god Dionysus had been insulted by a mortal and swore to slay the next mortal who crossed his path, creating fierce tigers to carry out his wrath. However, the mortal turned out to be a beautiful young woman, Amethystos, who was on her way to pay tribute to Artemis. Her life was spared by Artemis, who transformed the maiden into a statue of pure crystalline quartz to protect her from the brutal claws of the fierce tigers. Dionysus wept tears of wine in remorse for his action at the sight of the beautiful statue. The gods tears then stained the quartz purple. 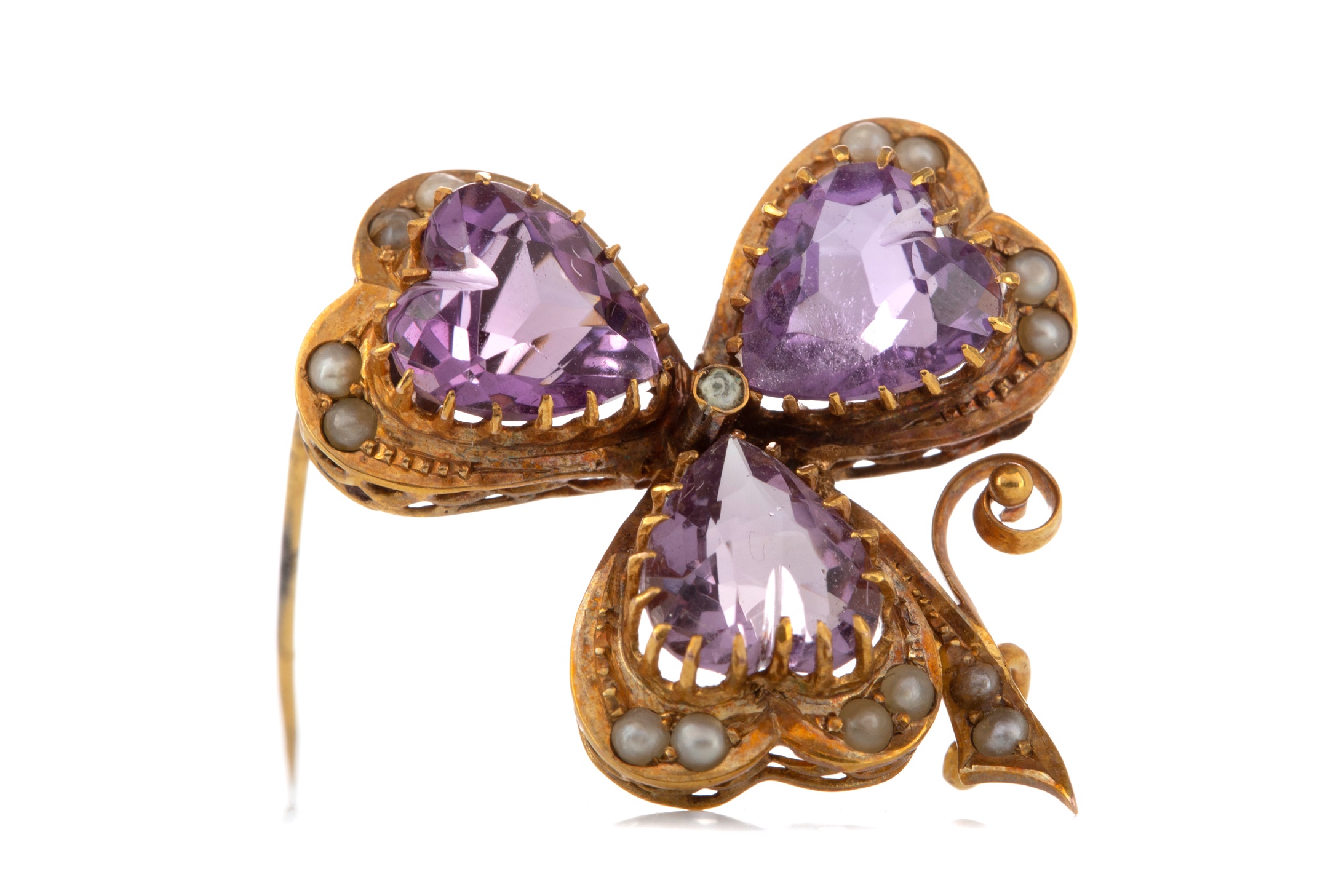 The scientific explanation for the colour of amethyst is that trace amounts of iron are incorporated into a growing quartz crystal and after crystallization, gamma rays, emitted by radioactive materials within the host rock, irradiate the iron to produce the purple colour. 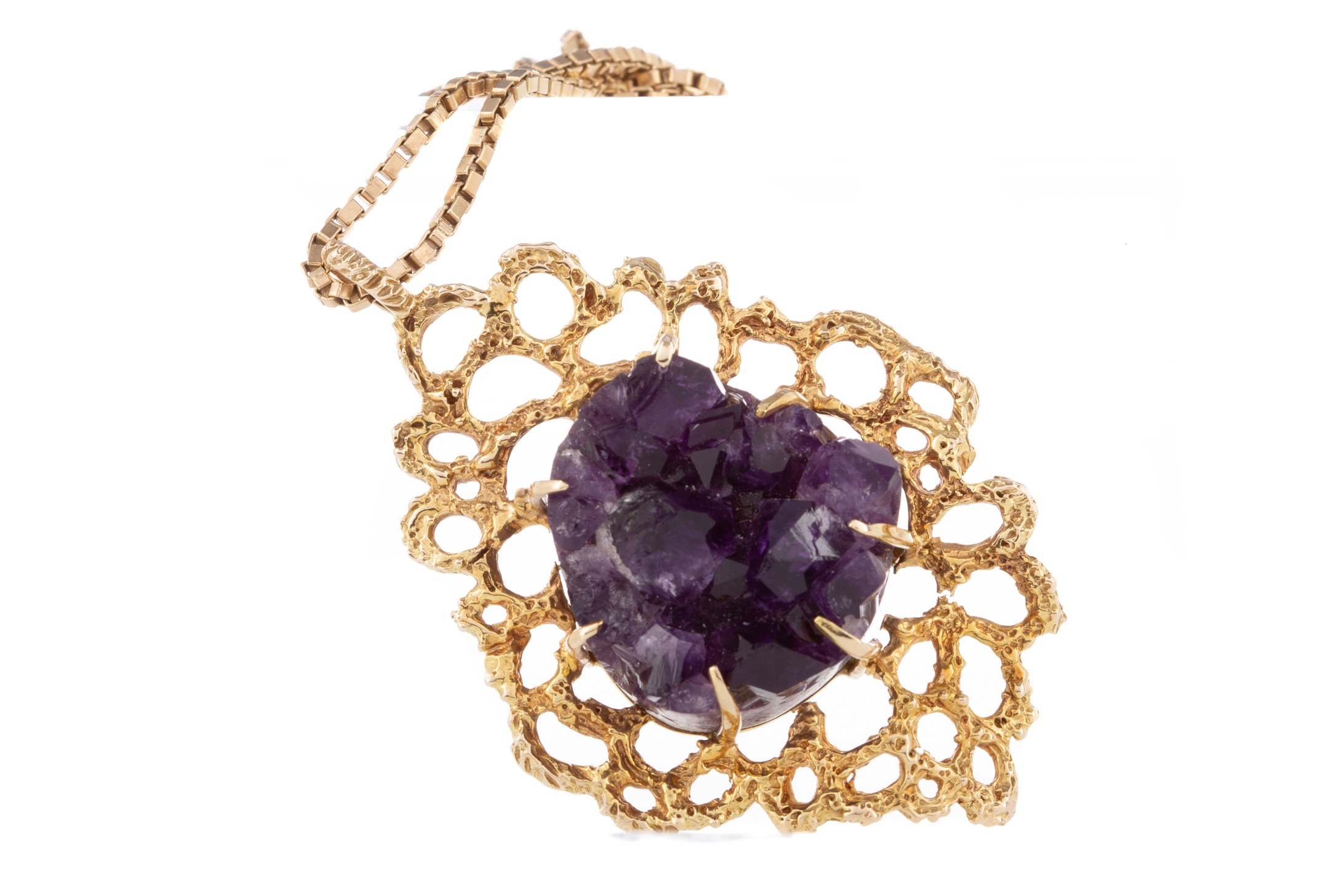 With no sign of going out of fashion, I predict that amethyst will continue to capture the hearts of wearers for centuries to come.

Click here for information on buying or selling jewellery at auction, or to receive a complimentary valuation