We at McTear’s are delighted be offering not one, but three Jaeger LeCoultre Atmos Clocks in our upcoming Clocks, Musical & Scientific Instruments Auction (13 March).

Atmos clocks were first developed in the late 1920s, and differ from traditional spring or escapement driven movements in that they are powered by changes in the temperature and atmosphere, this meaning that they can run for a number years without need for adjustment or human intervention.

It was in 1935 that the Swiss luxury clock manufacturer Jaeger took over production of the first commercially available ‘Atmos 1’, eventually producing the ‘Atmos 2’ as of January 1936. The company have since gone on to manufacture over 500,000 of these exclusive timepieces, with them ranking alongside the finest when it comes to making a horological statement on your mantelpiece.

The first of three we will be offering in our March auction is Lot 1144, a Royale Atmos, housed in a rather regal claret and giltmetal case. 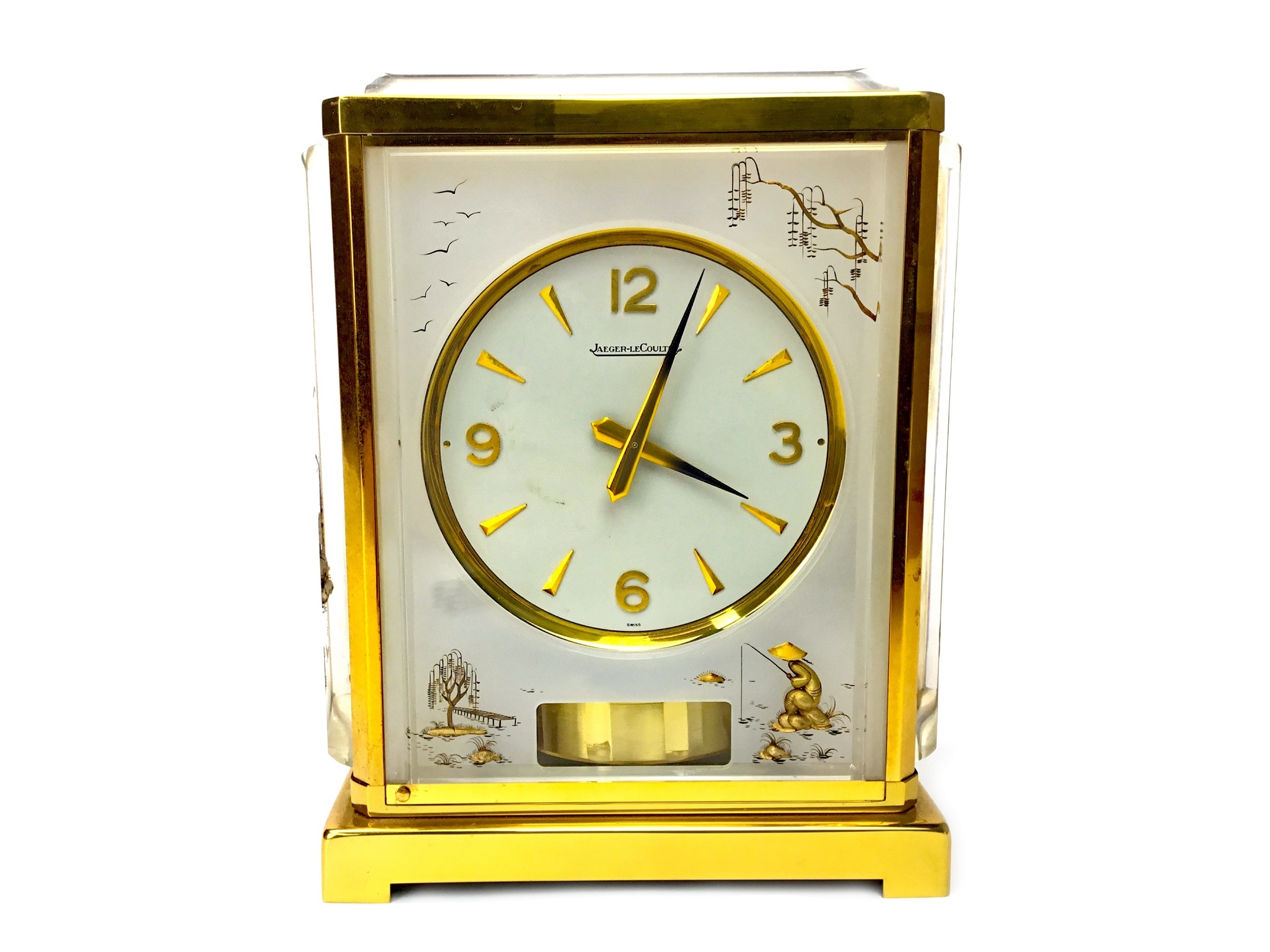 Alongside this we have Lot 1179, which bears that same distinguished manufacturers mark, though is instead housed in a far more candid Chinoiserie frame, giving the elegant timepiece a touch of tranquillity.

The final Atmos, lot 1180, is again subtle yet elegant, this one presented in a clear glass case marked out by four simulated marble pillars.

These aren’t the only Jaeger clocks that will feature in this auction, with Lot 1178, an interesting golfing desk timepiece, and Lot 1183, an iconic Marina mantel clock, ensuring the Swiss company is well represented throughout.