An Art Icon: The chi wara

The chi wara (sometimes chiwara, ci wara, tyi wara or tchi wara) is a ritual adornment which represents the spirit of the antelope. It is found among the Bambara group of peoples from modern day Mali, and is used variously at initiation ceremonies, agricultural rituals and as a tutelary spirit to pass on community teachings. This chi wara belongs to the Northern Segu style (the heartland of the Bambara Empire), characterised as a vertically rendered antelope with geometric designs up and down its body. It is attached to the head by means of a cloth skullcap or woven basket helmet, however European collectors often removed these as it made them difficult to display.

The antelope spirit was thought to teach humans the cultivation of crops, hence the dances at which this item appears often involve leaping and scraping of the earth, not only representing the antelope’s behaviour in the wild, but also signifying the sympathetic magic of planting and growing. Often they would be danced in a male/female pair group (representing fertility) with the female behind fanning the male, or as a herd. The chi wara here is the male. 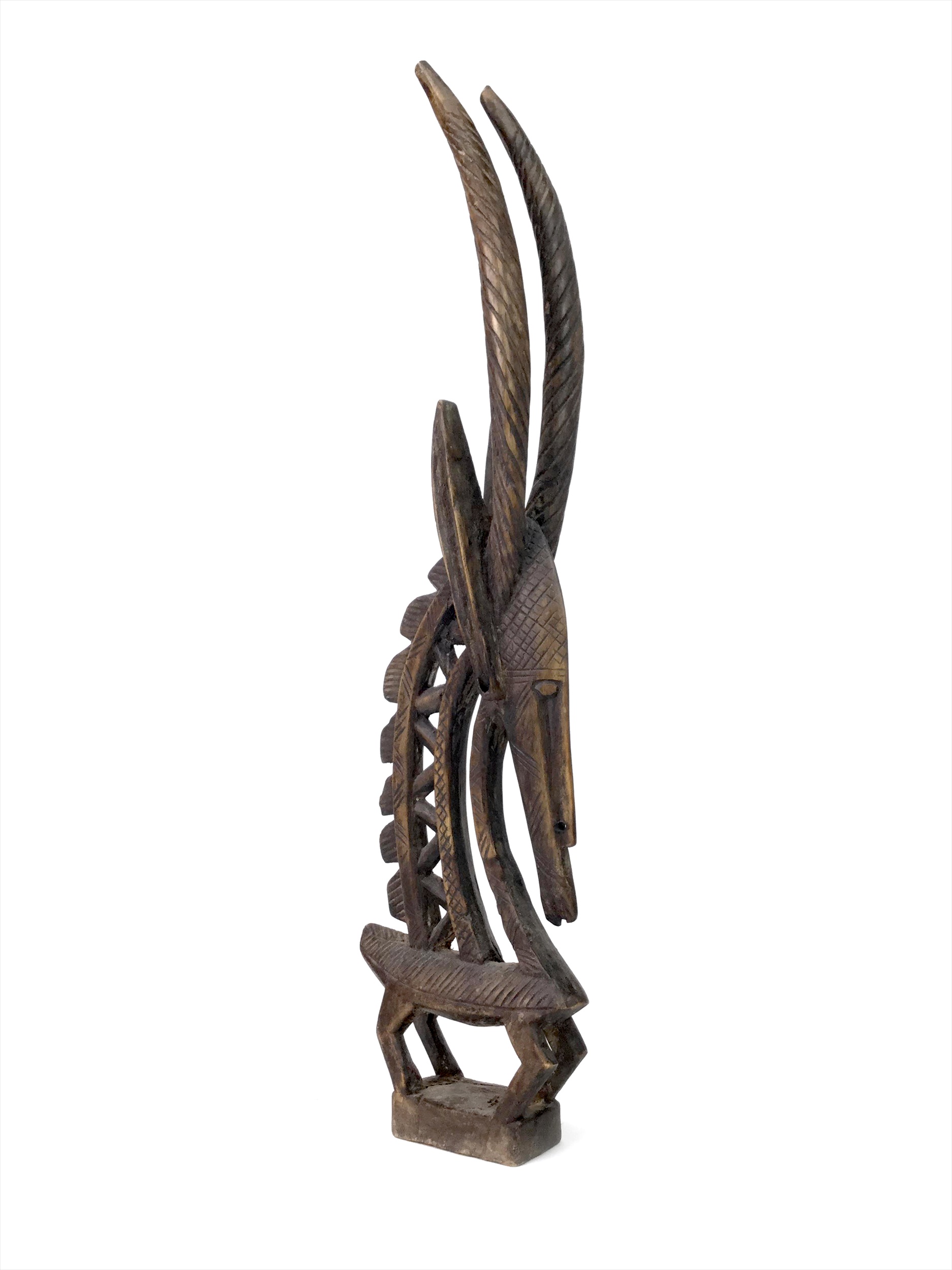 In the 20th century the chi wara was becoming known in Western Europe and, given its geometric and abstract form, it became one of the icons of what was to become known as Primitive Art. As a style it was to influence Picasso, Braque, Apollinaire and the wider Fauvist School. Chi wara figures are well represented in international museums and their continued influence particularly among artists is well attested. Lot 1099 is estimated at £200-300 and goes under the hammer at The Asian & African Works of Art Auction on Thursday 30 January 2020.

Click here to view the full auction catalogue for the The Asian & African Works of Art Auction now.

The next Asian Works of Art Auction takes place on 23 April. Entries are now invited for this international auction. For a complimentary valuation please contact specialist Magda Ketterer on 0141 810 2880 or email photos to magda@mctears.co.uk.