Coral is material with a long history of use in carvings and jewellery. Works in coral can be hard to come by as the coral used is found in deep parts of the oceans and has a very slow natural growth rate, making it a rather precious commodity. The difficulty in access to the material also means that, more often than not, works in coral are of a smaller size, though they are often extremely detailed and can be valuable. Coral used for works of art comes in three colours. The most common is ivory white in colour (in fact the least valuable of the three). There is a pink colour, often called salmon skin coral, which is less common, and finally the fire red colour, which is the rarest of them all. In Chinese tradition red coral is associated with auspiciousness and longevity – the colour and natural form of the coral resembles that of deer antlers. Coral reached its height of popularity in the Qing Dynasty, from 1644-1911, when it was often used for jewellery for the emperor and his court and for elaborate large and small carvings. 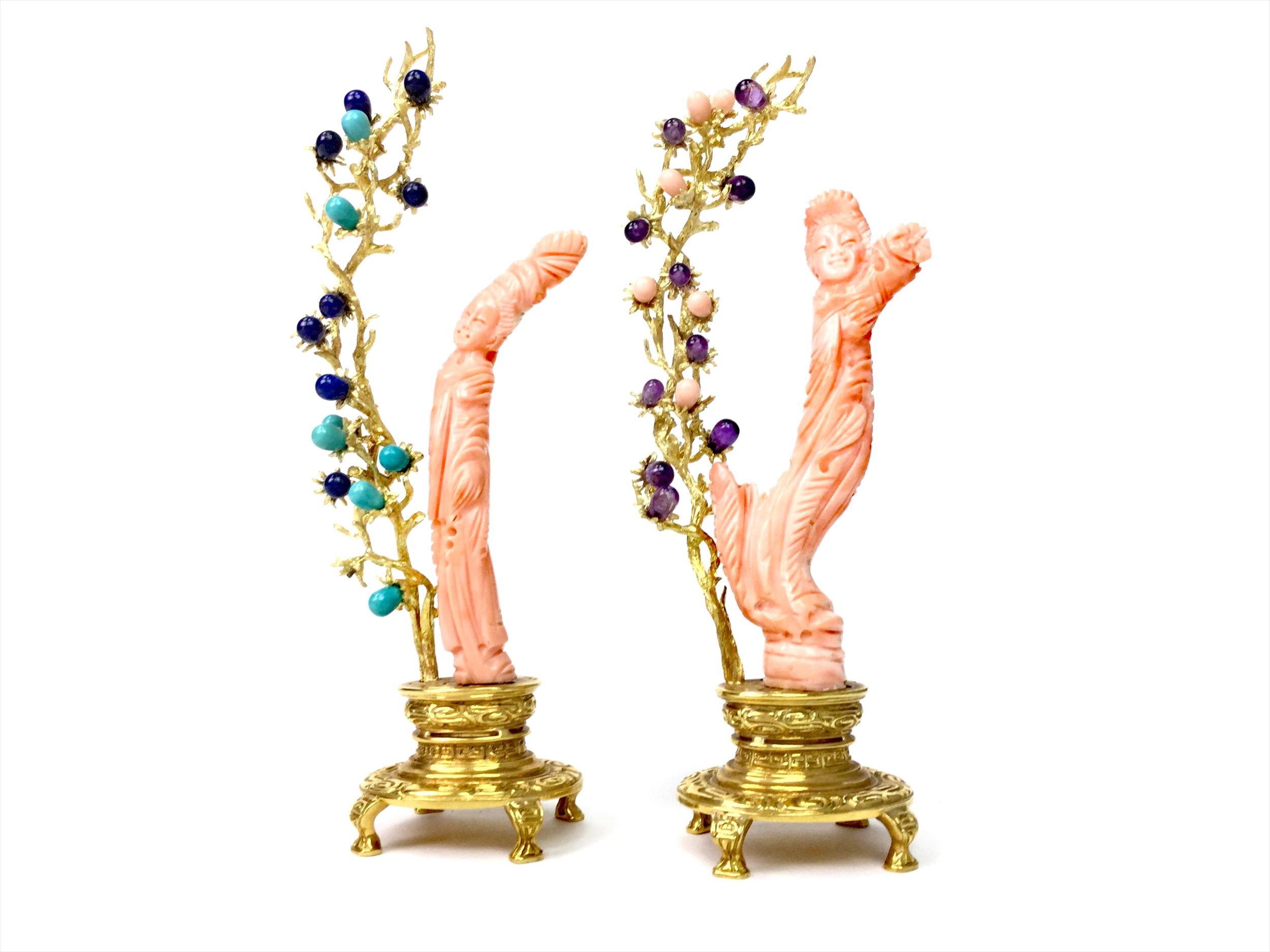 Lot 1031 in The Asian & African Works of Art Auction is a set of two small statuettes, carved from pink coral, each modelled standing by a tree of gold with semi-precious beads on the branches, and the bases are marked 18k. The estimate for these beautiful figures is £600-£800, reflecting the level of skill and rarity of materials employed in their production. The auction takes place at McTear’s on Thursday 30 January 2020.

To view the illustrated catalogue for the auction please click here. >>