McTear’s Coins & Banknotes Auctions always feature Scottish notes. Of the most valuable, those from around 1910-20 are often the most sought-after by regular buyers and collectors. A collector of Scottish notes can spend a lifetime accumulating these pieces, buying one at a time, often seeking particular notes for years on end. Quite rare therefore, are those opportunities to buy groups of unusual, very early notes. Often referred to as ‘archives,’ these groupings can come to existence due to a previous collector’s efforts or by bankers themselves. 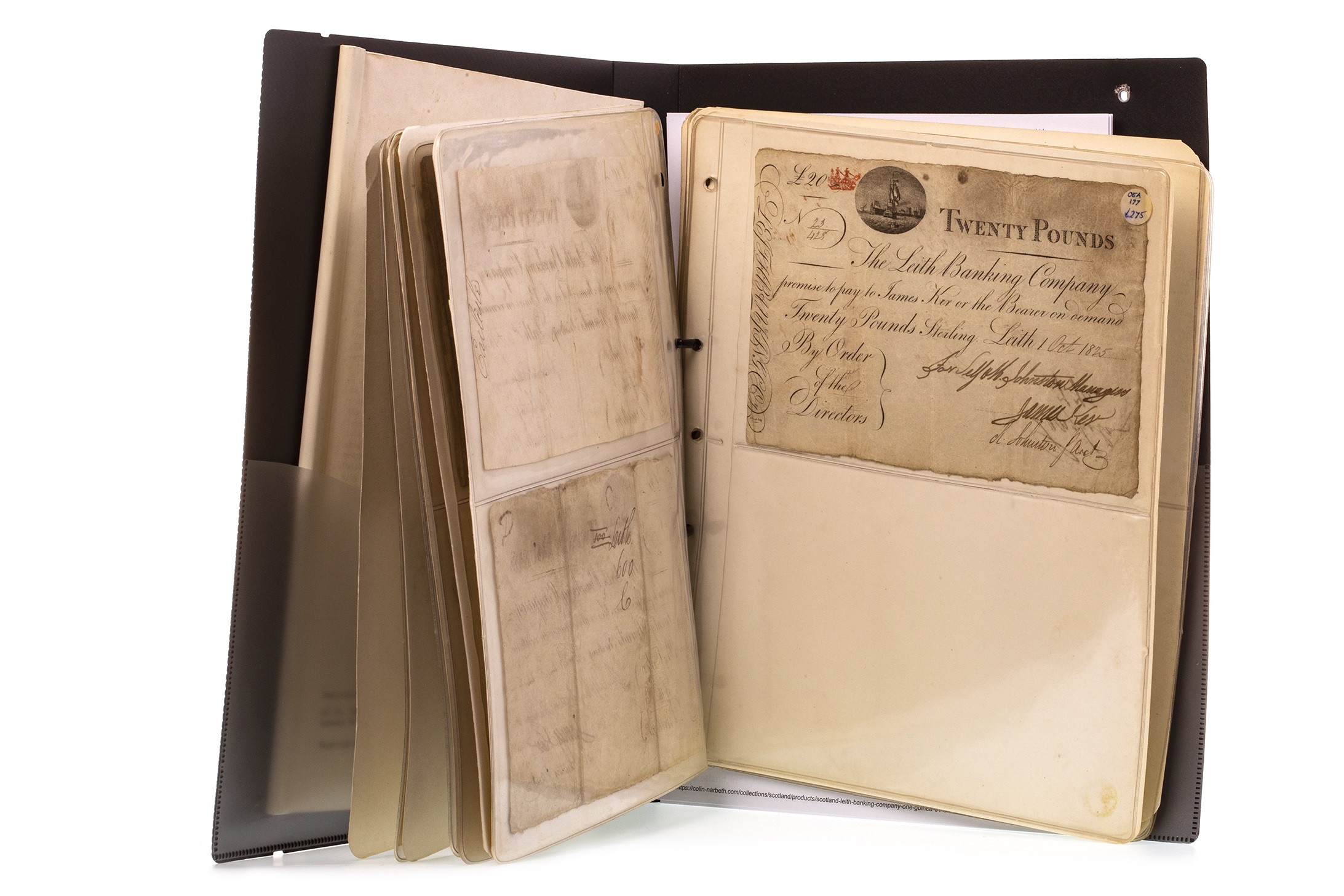 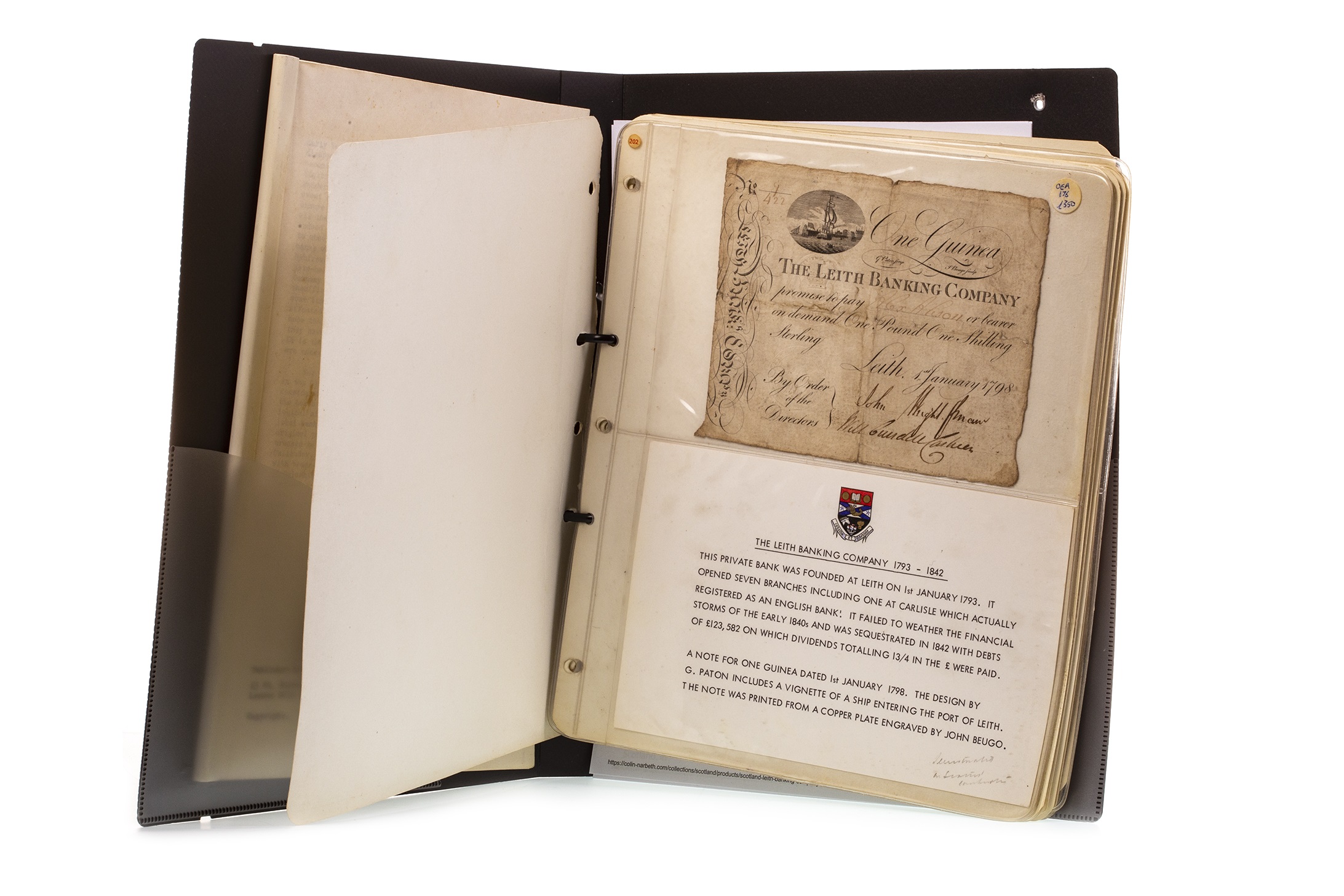 Lot 613 in The Coins & Banknotes Auction on 21 May is a rare and fascinating archive of banknotes from The Leith Banking Company. The group consists of eighteen notes dating from the late 18th to the early 19th century: guineas, one pound, and five pound notes among others. The collector of the notes compiled a short history of the bank too, which is included in the lot. He notes interesting points including the fact that this bank was very unusual in producing two pound notes, and that they were the first in the world to produce a ‘commemorative’ banknote. This was created to celebrate the state visit of George IV to Scotland in 1822. This event was significant as it was the first state visit of a monarch to Scotland in around 200 years. This historically important collection is estimated at £3000-5000.