An Insight into the Past

Whether comprising medals, photographs, letters or journals, military archives often provide a fascinating insight into the lives of servicemen of the past. This can certainly be said of more than one lot in The Works of Art, Medals, Militaria & Furniture Auction this month. 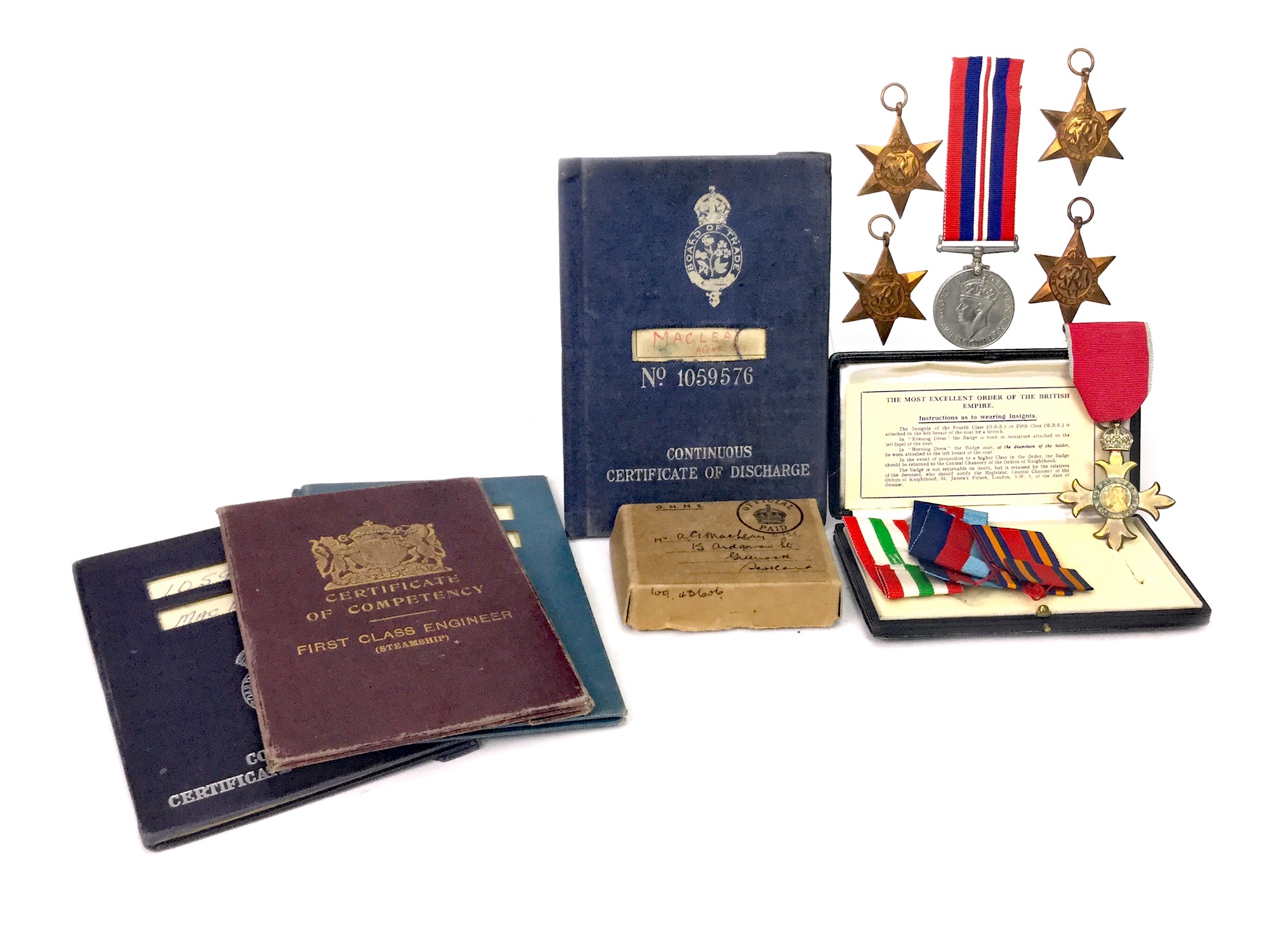 One such example is lot 1651, a WWII archive relating to Chief Engineer Officer Alexander George MacLeay, Esq. O.B.E. This archive paints a picture of the war time career of MacLeay, one which recognises not just his incredible engineering aptitude of MacLeay, but moreover his admirable bravery. The London Gazette in 1944 recounts one such event involving Chief Engineer Officer MacLeay, which in fact resulted in MacLeay being awarded an O.B.E. As per the Gazette, MacLeay was travelling in a convoy of ships when they came under heavy attack by enemy aircraft, with considerable damage caused. The Gazette states that ‘The Chief Engineer Officer set a high example by his courage and initiative’ and notes that ‘He personally led the work in the engine-room in circumstances of great difficulty and danger. It was largely due to his determined efforts and resource in effecting temporary repairs that the ship was able to rejoin the convoy.'

MacLeay’s cased O.B.E., together with his WWII service medals, Certificate of Competency as a First Class Engineer and other archival documents, including a photograph of the London Gazette article from 1944, are offered at auction this month. The archive relating to this heroic Second World War officer is offered with an auction estimate of £200-300.

An interesting illustration of the life of a navy sailor in wartime comes directly from his hand, as a pocket album and journal recounting one WWII experience features in lot 1543. The journal contains handwritten entries chronicling his travels, the first entry dated 11 April 1942 and the last dated 27 September 1942. This comes together with a pocket album comprising paintings poems and drawings with dates ranging from the 1920s to the 1940s. Illustrating the sights and encounters of the author, the artwork included includes several colour drawings of military ships including the U.S.S.R. 'Chelyuskin', H.M. Destroyer 'Venus' and the S.S. Mauritania. 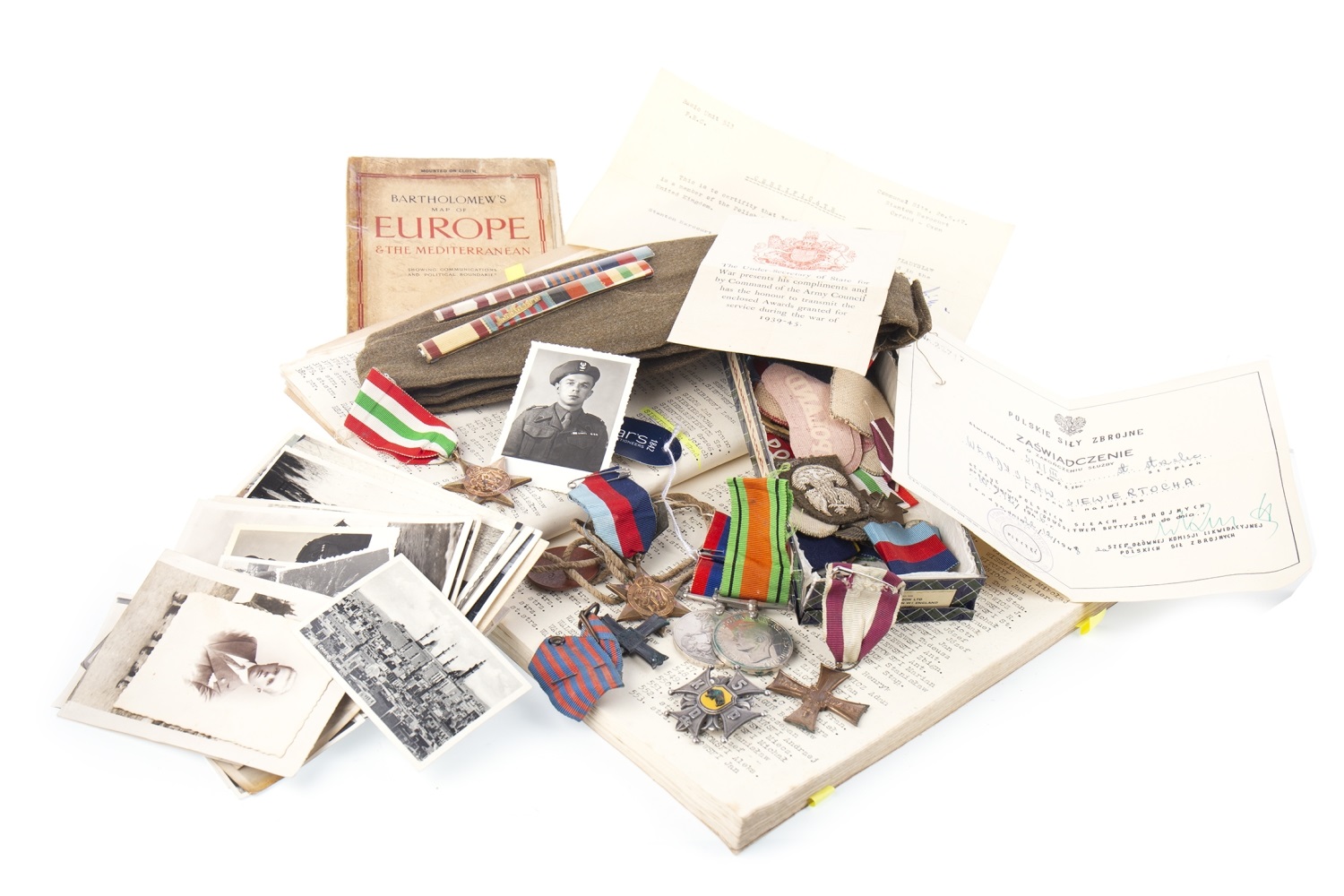 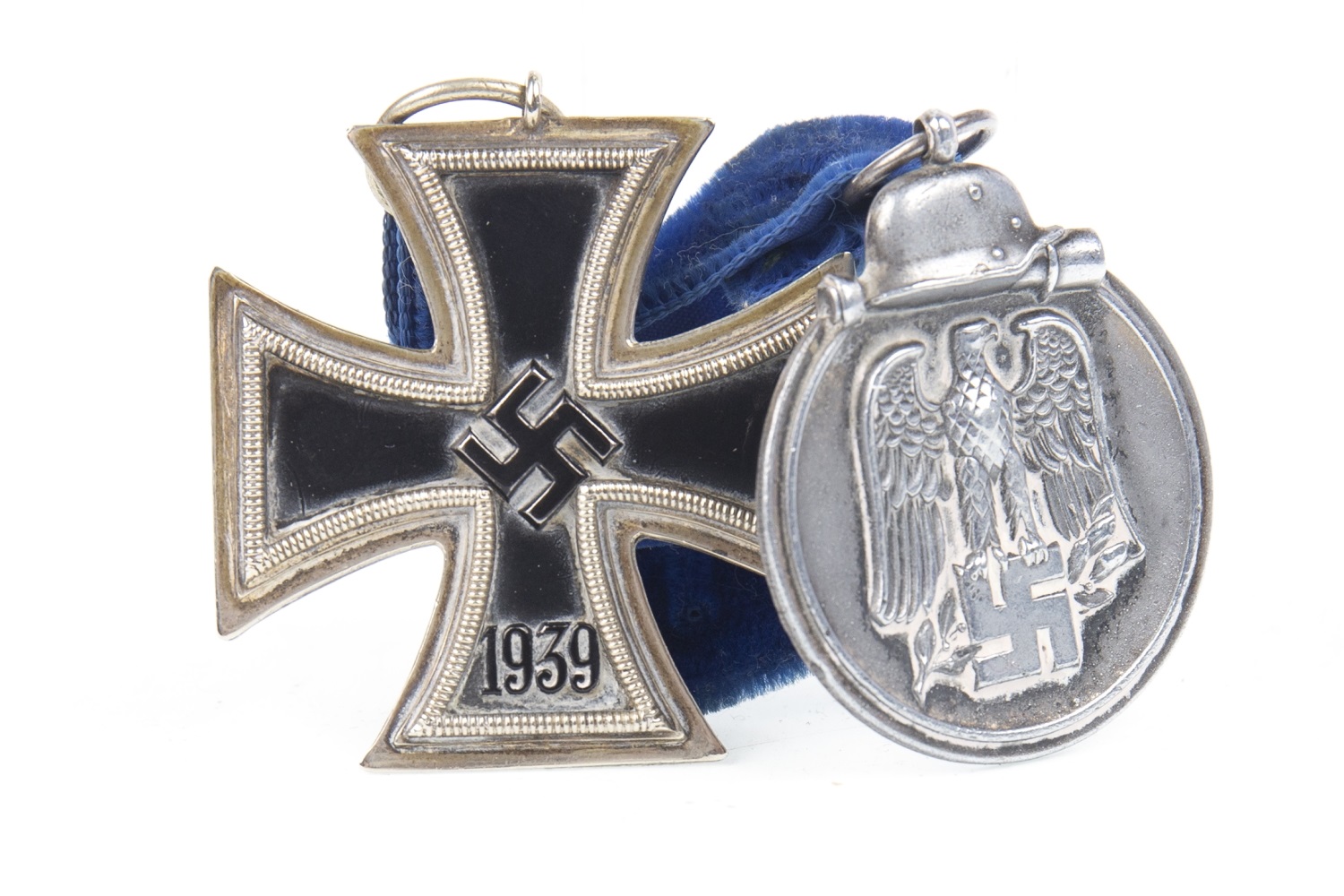 These aren’t the only interesting military lots in The Works of Art, Medals, Militaria & Furniture Auction on 11 October. A third WWII archive is offered at lot 1540 – this relating to Polish soldier Wladislaw – whilst a collection of WWII official photographs illustrate various wartime scenes (lot 1615). Other WWII artefacts due to go under the hammer include a German Third Reich Leader’s Hewer with eagle head pommel features at lot 1613, alongside two Third Reich medals (lot 1614).