Anything but a dog’s dinner

The upcoming Works of Art & Furniture Auction on 27 April includes an intriguing and humorous bronze figure of an anthropomorphic pug (lot 1654) by Franz Xaver Bergman, the most famous of the Viennese cold-painted bronze artists.

In the late 19th century, a number of Austrian bronze foundries in Vienna and the Austrian-Bohemian border (now the Austrian-Czech Republic border) started working with what became known as the cold-painted technique due to the lack of firing in the process. The raw bronze was painted with numerous layers of special enamel colours called ‘dust paints’ that gave a naturalistic finish. The outcome was detailed, lifelike studies.  The artists would work when the cast was still warm so when it cooled and the material shrunk, the paint would become more permanent. 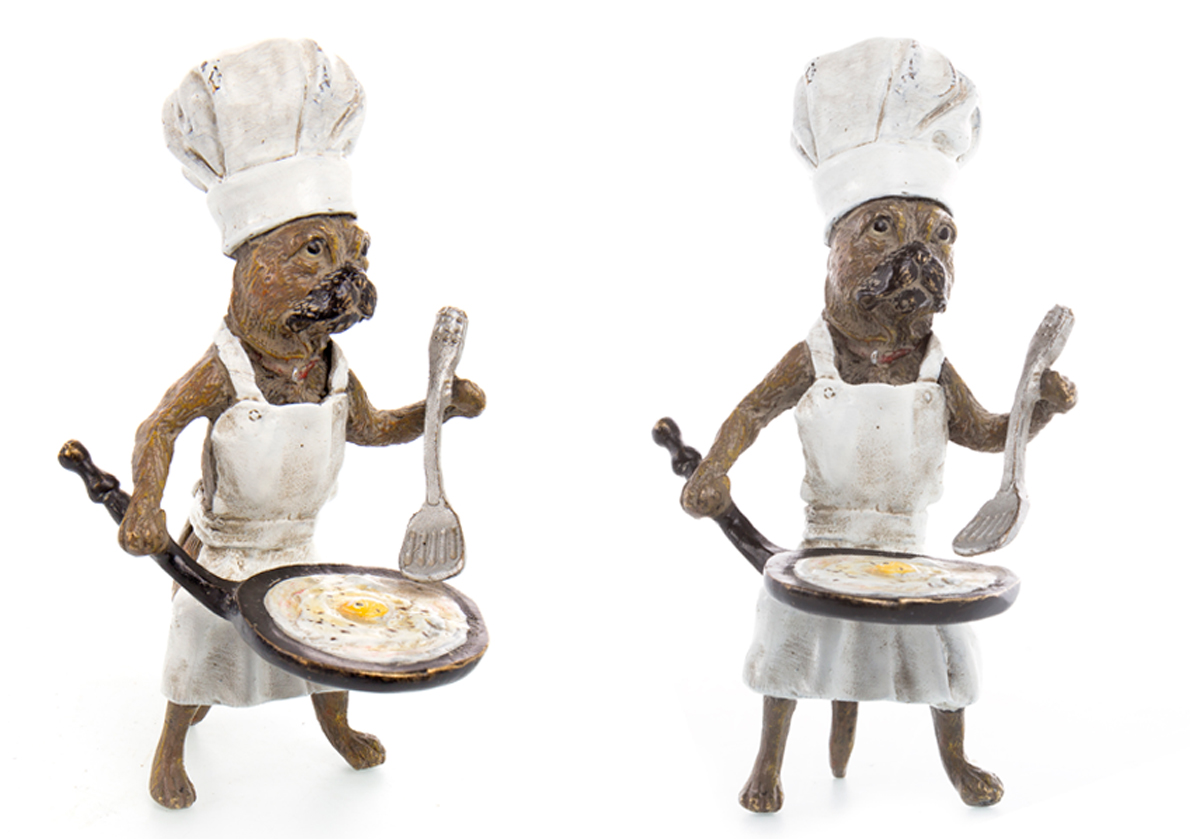 Bergmann is recognised for his use of vibrant colour and well-known for his Oriental, erotic and animal figures. His animal figures are often humanised, whimsical and humorous which adds to their popularity. The pug up for auction at McTear’s is an example of this. Modelled up on hind legs, the dog is dressed in a chef’s uniform complete with toque blanche and a white apron. The anthropomorphic features of the figure are heightened as the pug is in the middle of frying an egg, creating a humorous and playful objet d’art. The attention to detail that Bergmann was famous for is demonstrated in the flecks of pepper on the sunny side up fried egg and the delicacy of the tiny spatula the pug holds. 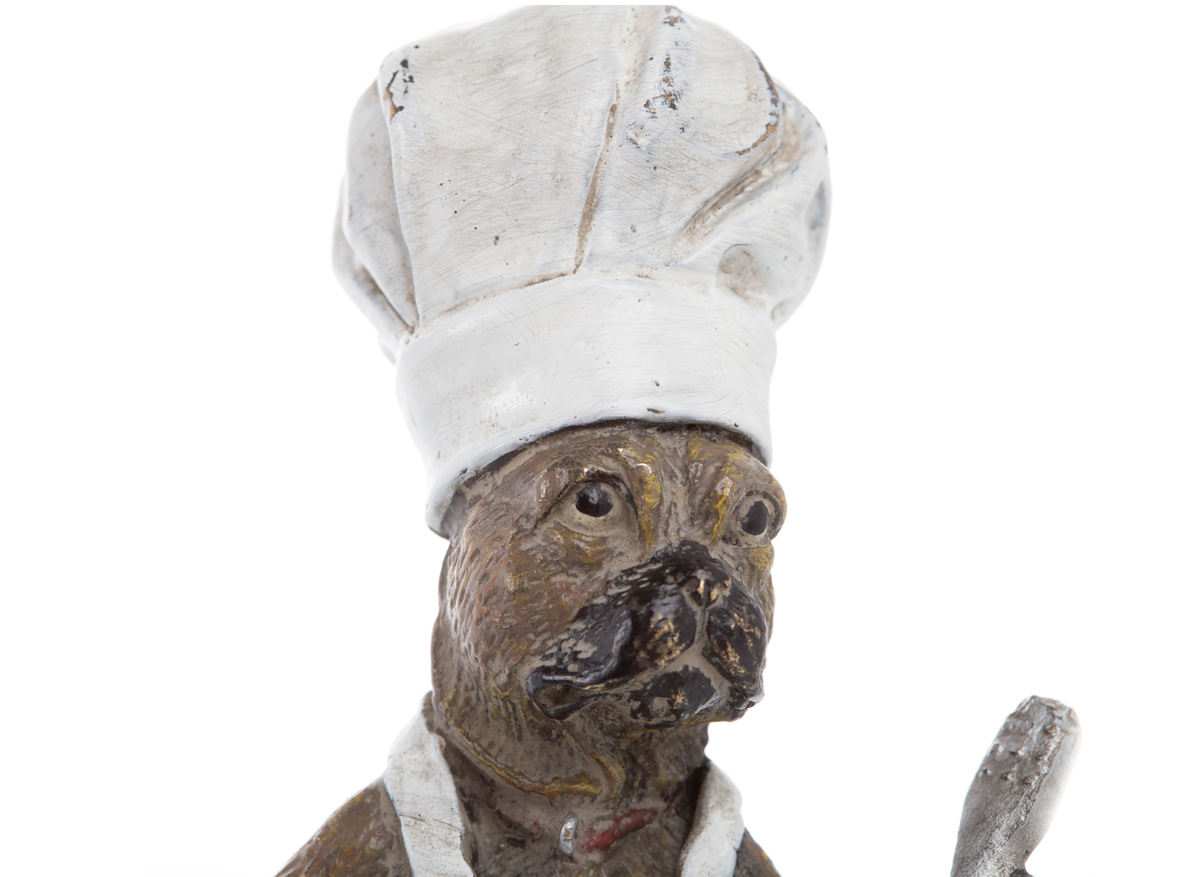 Estimated between £500–700, the pug is sure to catch many eyes due to its anthropomorphic qualities, humorous qualities and unique charm. McTear’s is delighted to bring a wonderful collection of Bergman bronzes to the market in the next Furniture & Works of Art Auction. Entries are invited until 2 April.

The Furniture and Works of Art Sale at McTear’s features handsome furniture and sculpture, bronzes, ivories and treen, textiles and costume, along with sporting memorabilia, arms and armour, rugs and carpets.

Works of Art & Furniture auctions are held every six weeks >>