Art Nouveau for the New Year

When the Gorbals based artist Hannah Frank died in 2008 at 100 years old, she was said to be Glasgow’s last living link to the Art Nouveau period. Frank’s artworks are primarily known for her signature prints with the style and iconography of the Art Nouveau period, featuring shocking white lines against stark black backgrounds, depicting women, snippets of poetry and fairy tales, and ethereal scenes. From an early age, drawing and poetry were of extreme interest to her, and her first drawings from 1925-1928 are largely based on her own poetry and the poetry of others, such as Keats and Coleridge to name a few. 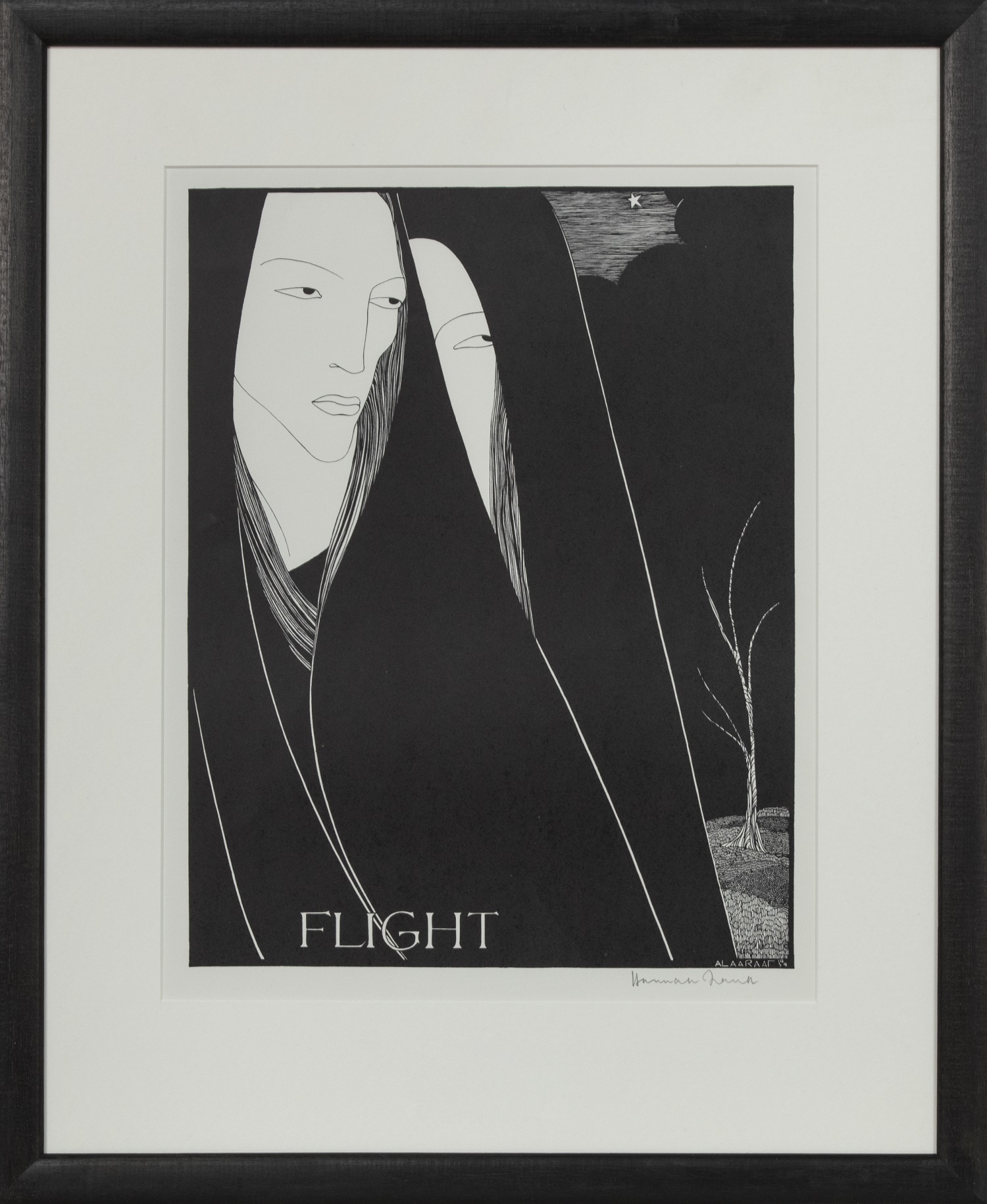 Hannah Frank also took inspiration for her art from Edgar Allen Poe, with many of her drawings, including a majority of the lots by Hannah Frank in our 23 January Scottish Contemporary Art Auction, having been signed with the pseudonym  ‘Al Aaraaf’ within the print, from the poem by Poe of the same name. The pseudonym was also used in many of her poems and drawings that she submitted to the Glasgow University Magazine between 1927 – 1932. 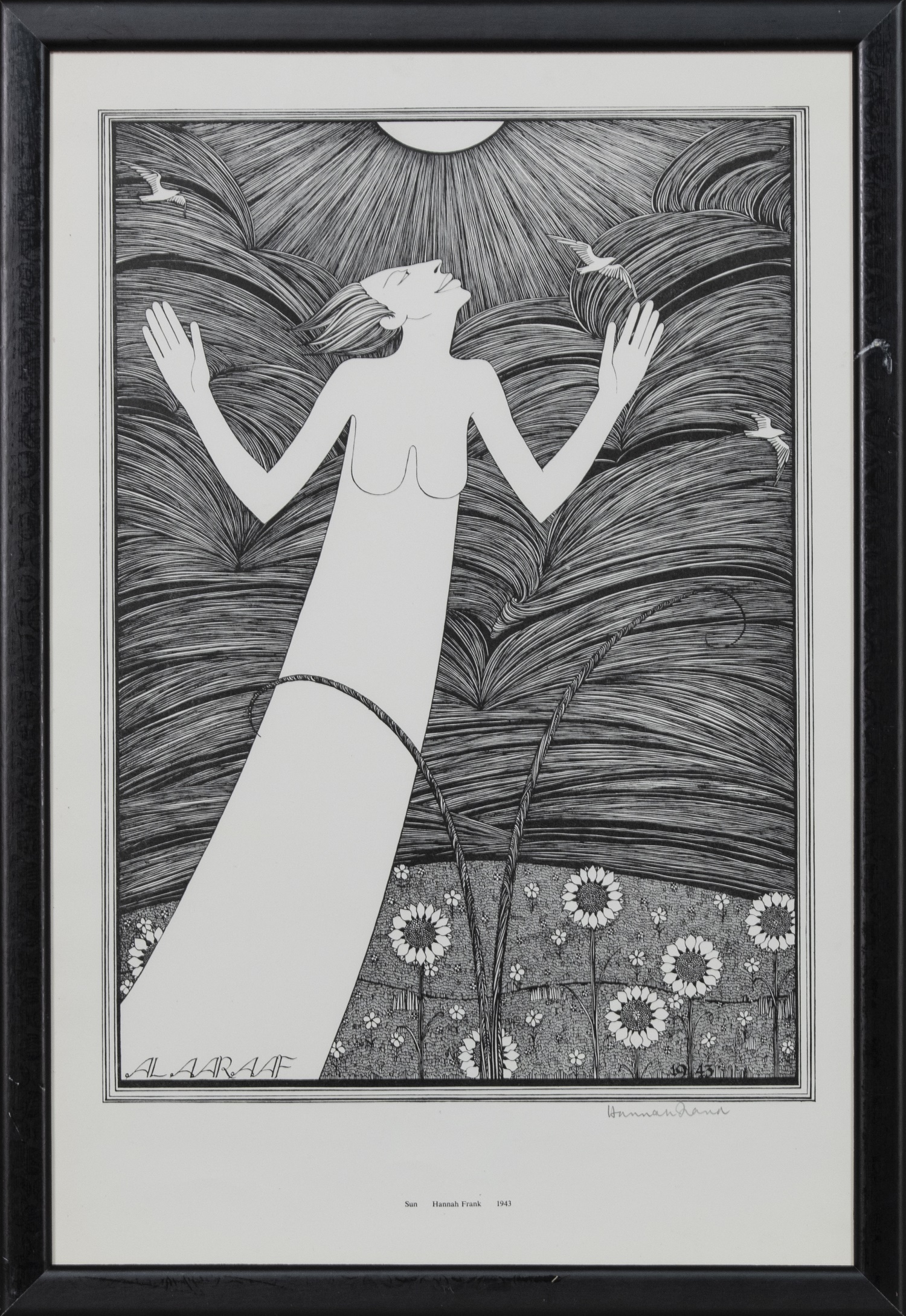 Frank’s style, although undoubtedly taking inspiration and influences from the likes of Aubrey Beardsley and Jessie Marion King, is distinctly and unmistakably identifiable as her own. Her forms and lines are elongated, oozing with intricate simplicity to convey emotion and messages throughout her work. There is a range of darkness and lightness present throughout her oeuvre, with the darkness in subject and style being prevalent in artworks created during World War II, including Flight, 1939 (lot 277), linking the plight of Jews escaping from the Nazis to the Exodus. The shift to lighter subjects and depictions happens in the later era of her prints, with Sun, 1943 (lot 230) and Woman With Birds, 1947 (lot 231) being prime examples. 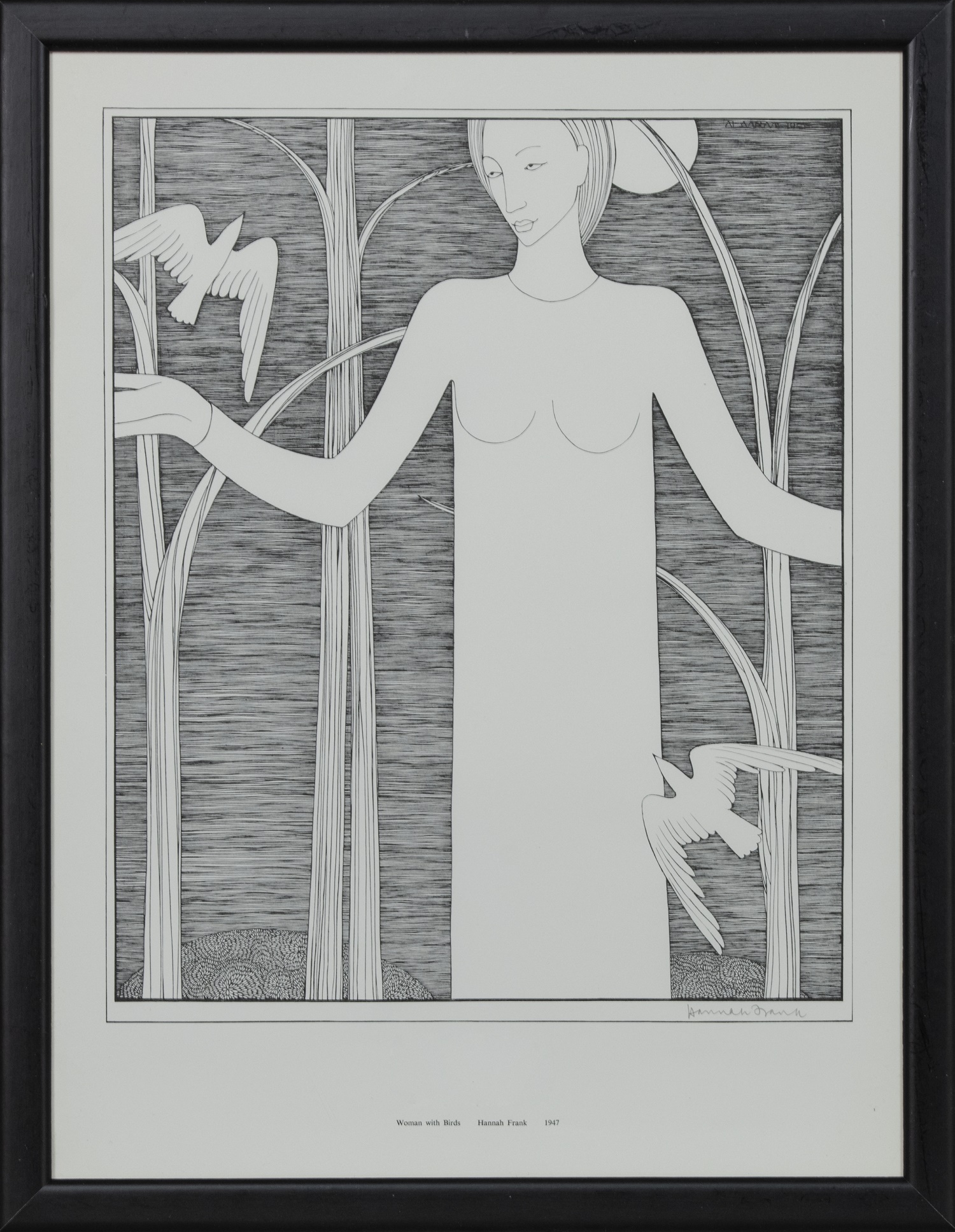 Hannah Frank’s latest print is dated 1952, which is also the year she took up sculpture, and trained under Benno Schotz. In recent years there has been a dramatic resurgence in interest and appreciation for her artwork, and prints by Frank are highly sought after. Signed prints by the artist are fairly rare, as she found the task of signing and numbering prints ‘tiresome’. Seven prints by the late Hannah Frank feature in the 23 January Scottish Contemporary Art Auction, all of which are signed in pencil.

For a complimentary, no-obligation on Scottish contemporary art, please contact our specialists on 0141 810 2880 or auction@mctears.co.uk.