A rare early oil painting by acclaimed Scottish artist John Bellany (1942-2013) - often referred to as the holy grail of Bellany works - is set to come to auction for the first time this Sunday.

The Finnon Smoker was painted by the 23 year old artist in 1965 and exhibited on the railings outside the Royal Scottish Academy in Edinburgh, alongside works by his contemporary Alexander (Sandy) Moffat, in protest at the paltry recognition given to Scottish art by the organisers of the Edinburgh International Festival.

A total of nine works featured in the collection known as the ‘railings paintings’, with very few ever coming to auction and most featuring in public collections, including the Scottish National Gallery of Modern Art.  Experts estimate the work, which measures an impressive 186cm by 125cm, could fetch £10,000 to £15,000 when it appears in The Scottish Contemporary Art Auction on 29 May.

Commenting on the painting, specialist Makenzie Cool said: “Although we see many Bellany works coming to auction, this piece stands alone due in no small part to the key role it played in changing the course of Scottish painting.  This and the other railings paintings brought the new wave of Scottish Realists to the attention of the wider arts establishment through their powerful and emotive images of the lives of working people, in Bellany’s case the fishermen and women of Port Seton. 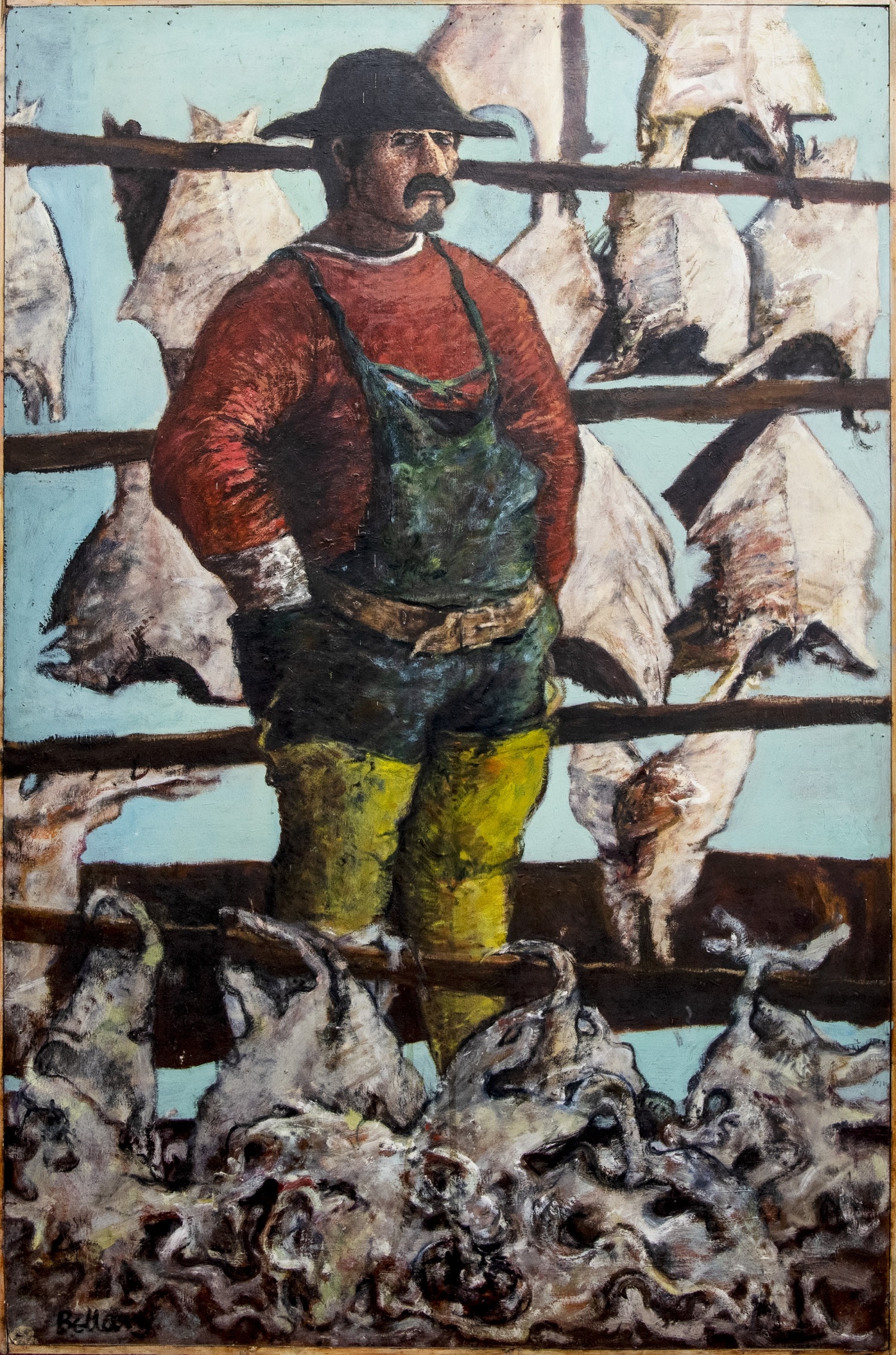 “The railings paintings are considered to be amongst the finest works produced by Bellany, with respected London art critic, Brian Sewell, summing up the importance of the pieces when he compared the artist’s early work to Rembrandt.”

In summing up the impact of Bellany’s early works, Alexander Moffat has been quoted as saying: “People had painted fishing boats, but nobody had ever painted about the life of people who did the fishing. That was John's fantastic contribution.  His place in Scottish art is defined by the Port Seton thing. That's really his life's work, the way he has mythologised the life of the fisherman. The fears, the spirit, the whole thing, the way he found the special imagery, that had never been done before, to say all those things – that puts him into the history books forever."

The Finnon Smoker will be presented at auction in its original frame, complete with nail holes and splashes of paint.   Makenzie Cool continued: “The frame and the nail holes are part of the DNA of the painting and fundamentally, it's exactly how John Bellany painted it, exactly as he framed it and exactly how he exhibited it against the railings outside the Royal Scottish Academy in 1965.”

In addition to The Finnon Smoker and other Bellany paintings, The Scottish Contemporary Art Auction on 29 May will feature impressive works by a selection of leading artists including, L.S. Lowry, Peter Howson, Graham McKean, Jolomo, Ryan Mutter, Georgina McMaster, Nael Hanna, Hamish MacDonald and David Hockney.