Battle of the Beasts

Bronze beauties are a staple of The Works of Art, Medals, Militaria & Furniture Auction at McTear’s, and the upcoming auction this August is no exception. On 30 August, an array of bronzes will go under the hammer, including attractive female figures such as a beautiful bronze and ivory figure of a lady by French sculptor Charles Eloy Bailly (lot 829). Specialist Hannah talks us through two of her favourite bronze sculptures – both animals, but both quite different - that will go under the hammer this month…

An impressive bronze sculpture of a Lion and Serpent, after the acclaimed French sculpture Antoine-Louis Barye (French 1795-1875), is just one of the bronze animalistic sculptures that will go under the hammer this month. Barye was an artist known primarily for his depictions of animals, whether in sculpture, paint or print. Barye started his career as a sculptor in 1817, working in the studio of Francois Bosio, and quickly earned a reputation for imposing sculptures, first exhibiting in the Salon of 1827. 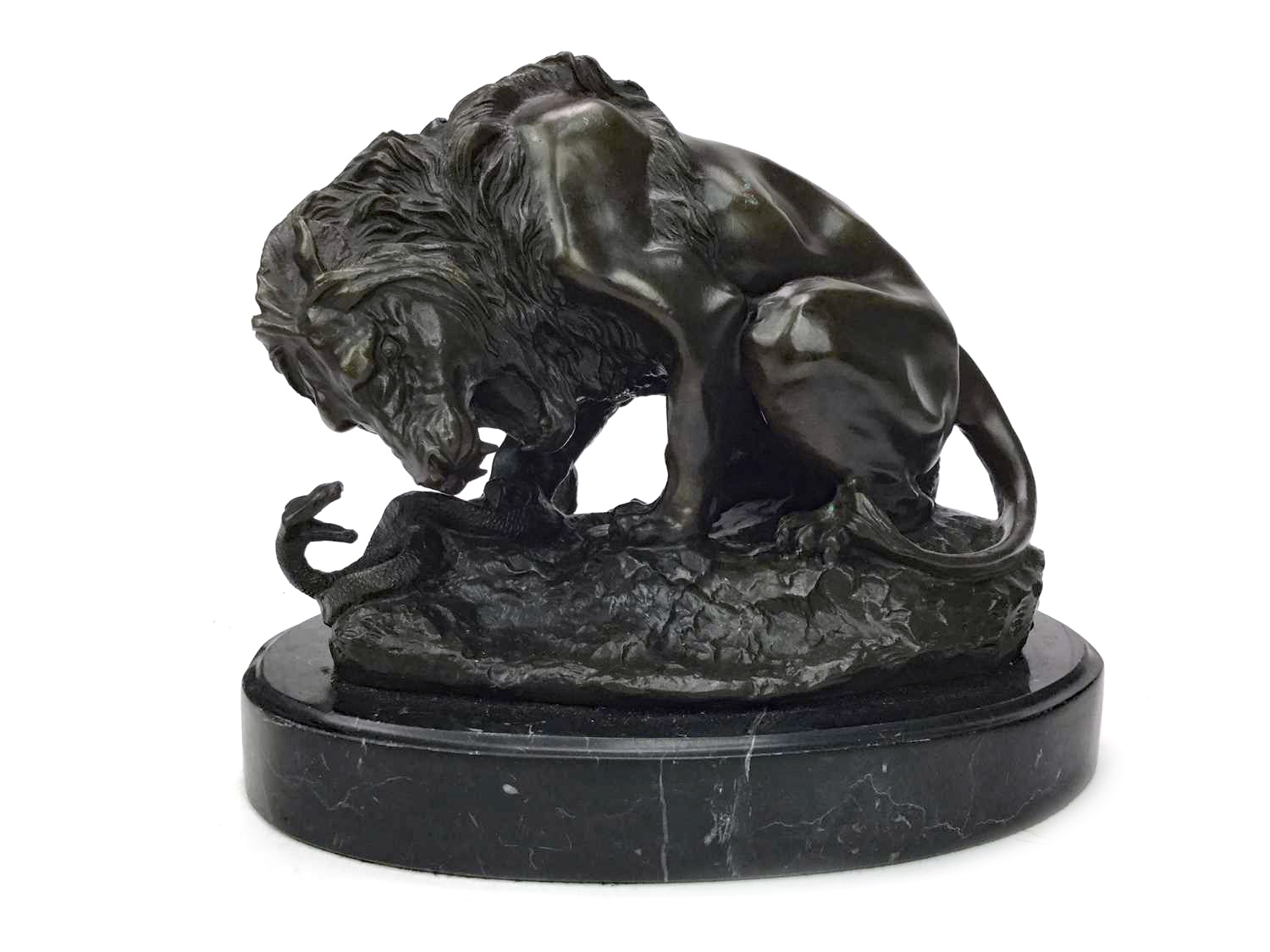 An artist known for his brilliance in all dimensions – whether grand public monument or small-scale sculpture – Barye’s works were even commissioned for the façade of the Louvre, the Pont Neuf and for important Napoleonic monuments.

Amongst Barye’s most admired works are his bronze portrayals of animals and their prey, and lot 932 is modelled on a stellar example of the sculptor’s acclaimed animal sculptures. The original bronze depiction of a Lion and Serpent - ‘Lion au Serpent’ – by Barye resides in the Louvre Museum in Paris. In fact, an impressive large scale portrayal of the sculpture is also situated just outside the museum, in the Tuileries Garden.

Substituting the majesty of the king of the animal kingdom with something a little more playful, lot 858 features a lovable ‘Cheeky Hippo’ sculpture by Mark Stoddart. Sculptor Stoddart has created a variety of remarkable works, drawing inspiration from subject matters ranging from the ballet to the moon landing. But the Scottish sculptor, who lives and works in Ayrshire, is best known for his extraordinary bronze works depicting animals, with horses, elephants, alligators, and hippos included within his impressive catalogue of work. 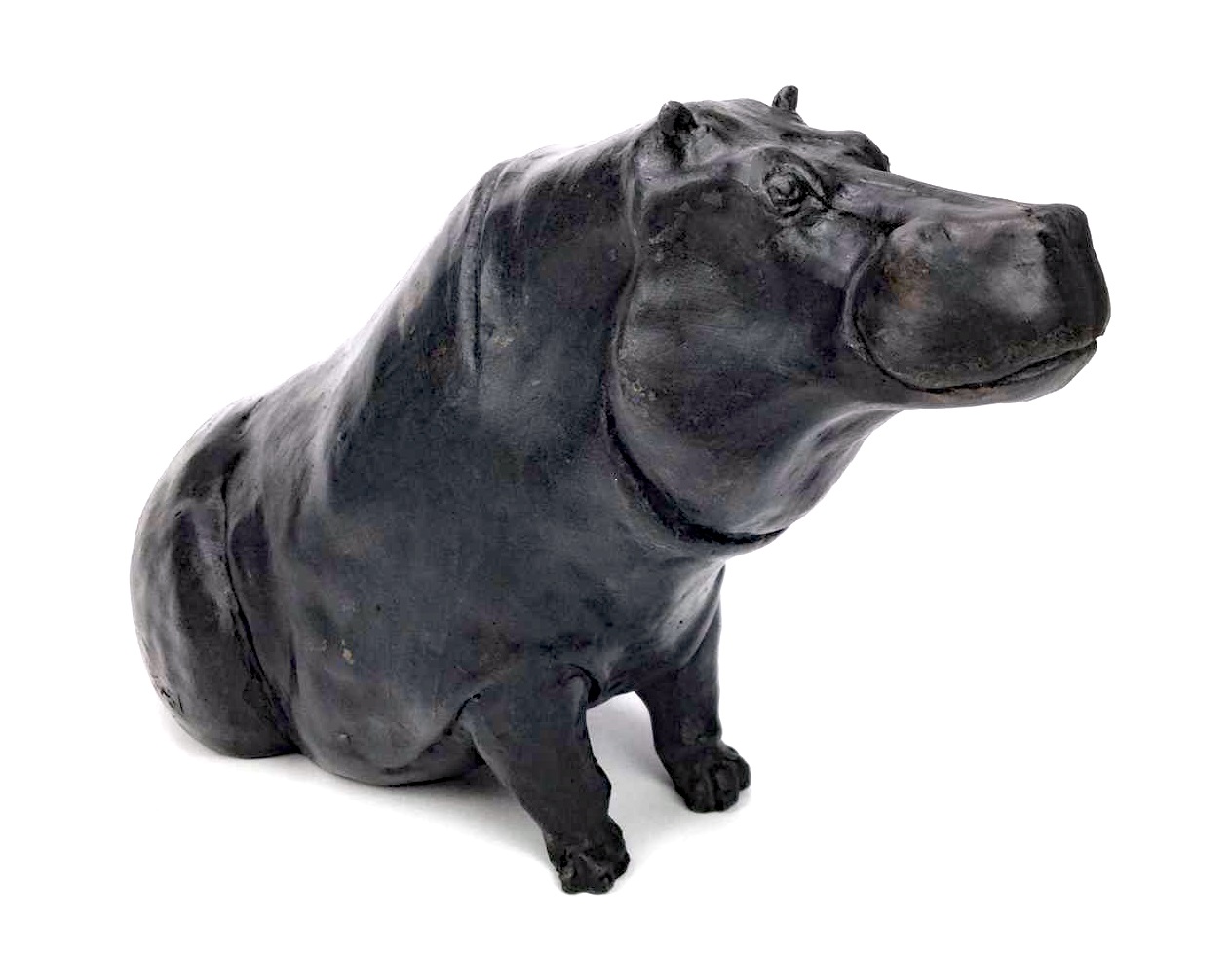 When it comes to the hippopotamus, Stoddart is perhaps best known for his impressive Hippo tables. But Stoddard doesn’t only work on large scale! This charming ‘Cheeky Hippo’ sculpture (lot 858) shares the design of the cheeky hippo that features in the acclaimed Cheeky Hippo dining table, but stands at less than a quarter of the size. The sculpture - which measures some 19cm high - depicts a hippopotamus seated, with a cheeky expression on its face!

This Cheeky Hippo will go under the hammer in The Works of Art, Medals, Militaria & Furniture Auction on 30 August at McTear’s, estimated at £200-300.