Amongst the many interesting and unusual timepieces featured in the upcoming Clocks, Musical & Scientific Instrument auction (19th July), lot 1403, an early 20th Bulle mantel clock, is perhaps something of a rarity. Bulle clocks were first manufactured in France in the 1920s after Maurice Favre-Bulle and Marcel Moulin discovered a way of maintaining a the movement of a pendulum by means of electromagnetic force. 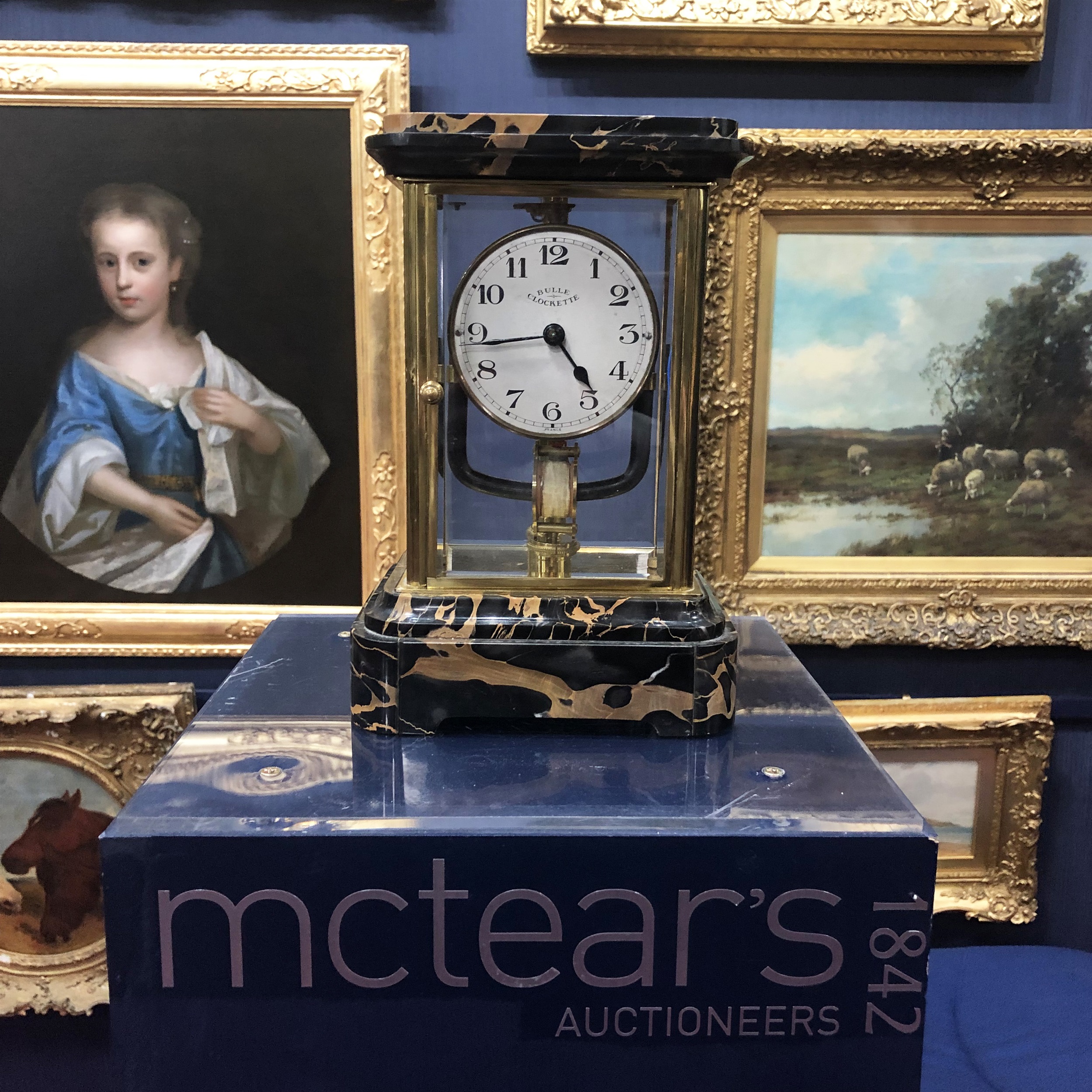 Standing as something of a precursor to quartz and battery operated movements, Bulle clocks were produced over a period of twenty years, with the majority now standing as emblematic of a period that saw elegant style married with innovative design. This example certainly has a touch of Art Deco about it, with the sleek giltmetal and bevelled four glass case standing on a powerful veined marble base. Estimated at £150-250, it’s sure to make a striking addition to any clock collection.

Entries are invited for this dedicated auction.

Featuring timepieces of all types – from the grandest grandfather clock to the most elegant enamel clock – and instruments including sextants, military and medical pieces, as well as musical instruments and cameras.

Dedicated auctions of clocks & instruments are held every twelve weeks.