The construction of the Benromach Distillery began in 1898 by Duncan McCallum and F.W Brickman, with production beginning in 1900. But it has not been plain sailing as Benromach has suffered a rather turbulent past, opening and closing numerous times. The first closure occurred almost immediately after opening due to financial issues.

It did not reopen again until 1907, when it was renamed as the Forres distillery. Production was short-lived as the distillery closed once again in 1910, and was not resurrected until after World War I.

The closures didn’t end there with production ceasing in 1931, this time for five years. In 1938 the distillery was sold and moved into the ownership of the National distillers of America. 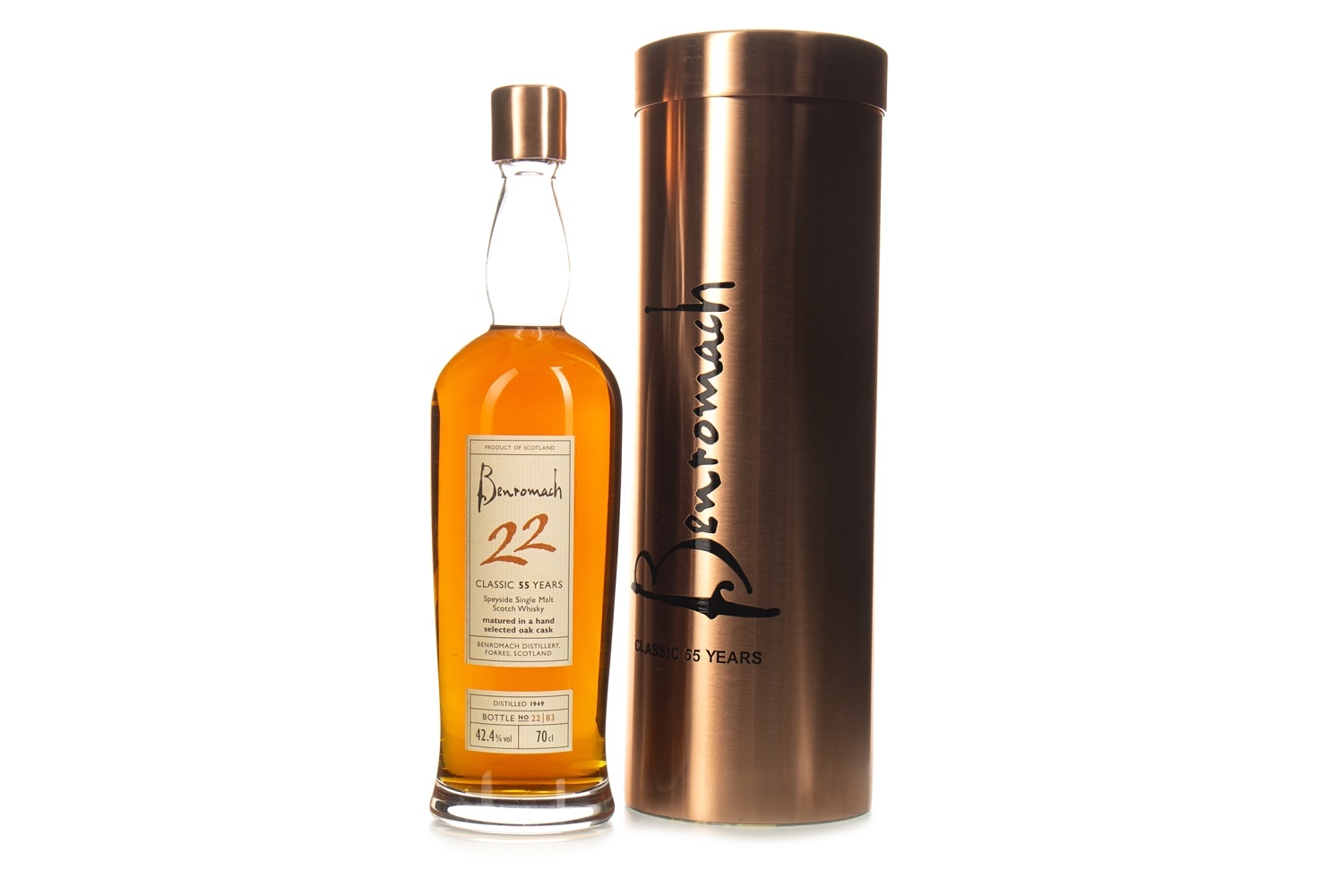 Benromach remained mothballed until currently owners, Gordon & MacPhail acquired the distillery in 1993, and continued production 5 years later. The distillery has thrived ever since.

Lot 58 is a fantastic example of old Benromach whisky. Distilled 28th January 1949, the spirit was filled into refill bourbon barrel number 706, where it remained for 55 years before being bottled on 23rd December 2004. Only 83 individually bottles were produced, and presented in copper canisters. This particular bottle is number 22 and is estimated to sell for £3,000-£4,000.