The fifteen-carat gold medal, which was awarded to Clyde FC right back, Jimmy Kirk, after the Bully Wee’s 4-0 win over Motherwell, was one of the top lots at McTear’s June Works of Art auction. 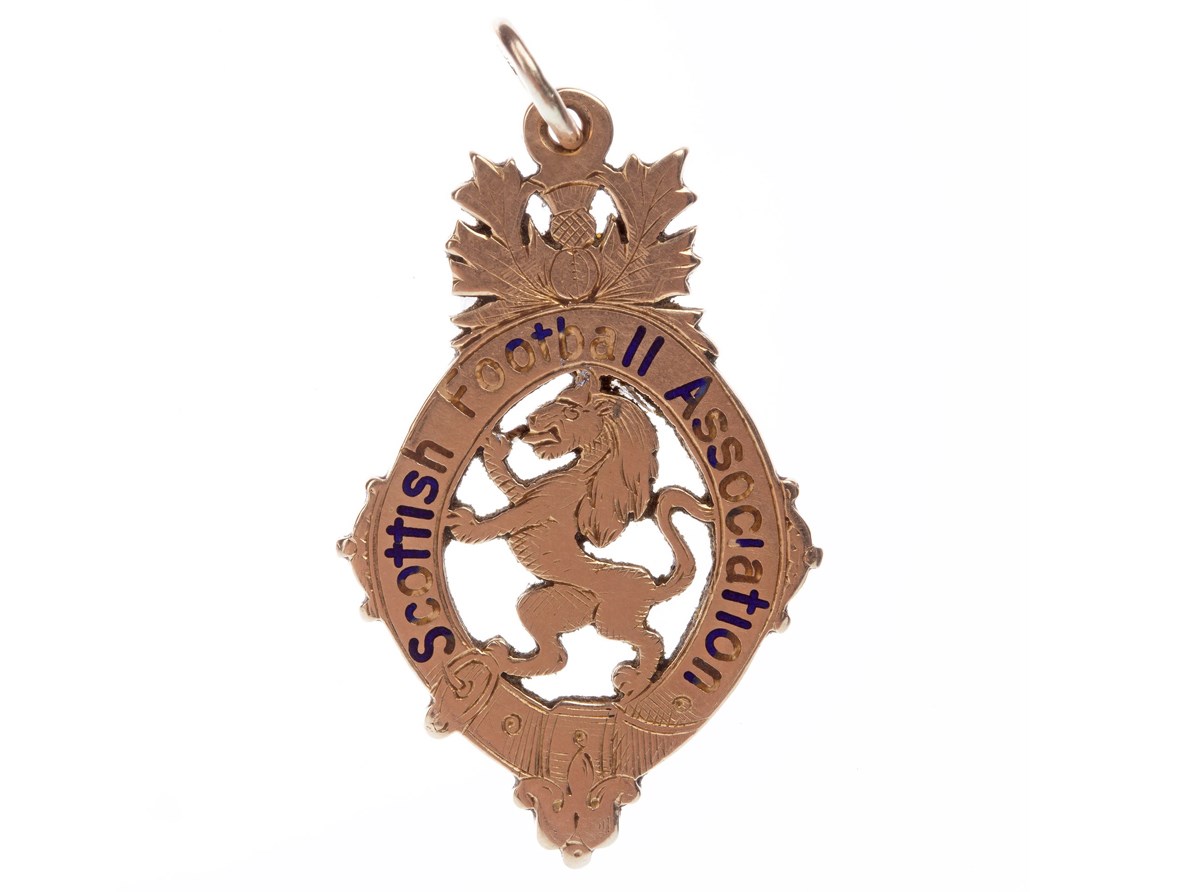 McTear’s specialist, James Bruce, said:  “This is a fantastic piece of sporting memorabilia which has an important place in Scotland’s football history. There is no doubt it is a rare medal but there is added significance as this was the last Scottish Cup Final before the competition was suspended due to World War II.  It would be season 1946/47 before the competition was played again.

“There was a lot of interest in the lot beforehand so we knew it was going to be a lively auction. We weren’t disappointed, with the medal eventually selling to a Scottish collector after some fierce bidding.”

James Bruce added: “The owner of this particular medal was aware of its significance and potential value, however, that is not always the case. Very often the owners of unusual items have no idea how valuable they are, so we would certainly recommend having a look in those old boxes in the loft for anything that looks a little bit unusual. You never know what you may find.”