Black Forest carving is a cracker

A wooden carved nutcracker in the form of an eagle sold for an astounding £700 in the latest Antiques & Interiors auction at McTear’s. The nutcracker is an example from the famous Swiss wood carvers Black Forest who began carving in the early nineteenth century in Brienz, a small village in Switzerland’s Bernese Oberland region. 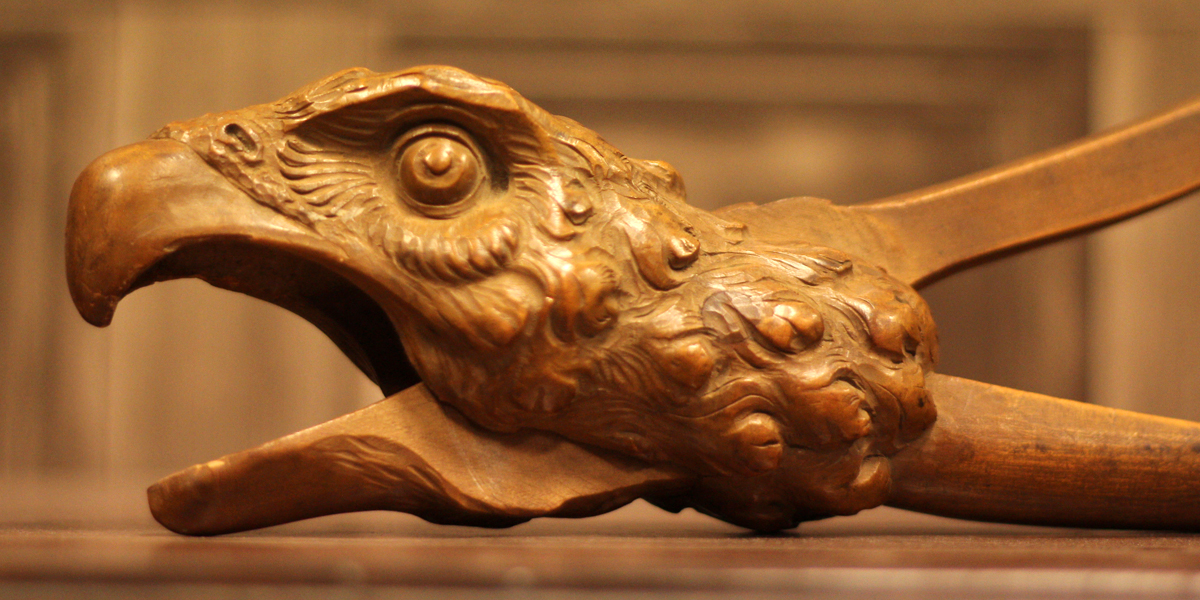 Well known for depicting wildlife and nature, their carvings featured in international exhibitions such as London Great Exhibition of 1851, Chicago World’s Fair 1893, and Exposition Universelle Paris 1900. They became an item of wealth and status in Europe during the twentieth century and received international acclaim.  Most commonly, their carvings feature bears with the more sought after subjects being American animals such as eagles, stags, boars and dogs.  It was no surprise then that the eagle nutcracker fetched such an impressive hammer price, selling to an internet buyer in Vilnius, Lithuania.

The Black Forest nutcracker was sold at McTear’s in the Antiques & Interiors auction on 26 January 2018, a sale that features jewellery, silver and plate, ceramics and glass, collectables, pictures and furniture.

For more information on consigning to auction please follow this link>>