One of Scotland’s finest private collections of fossils and other natural history specimens, including a rare 40 million year old fossilised crocodile, is set to go under the hammer in at our Glasgow galleries next week.

Assembled over a lifetime of collecting by a retired Highlands based geologist, the collection of almost 200 pieces is estimated to fetch tens of thousands of pounds in McTear’s Cabinet of Curiosities Auction on 10 August.

Amongst the many and varied lots will be a fossilised crocodilian (Plalaysuchus Petroleum) from the Eocene period, perfectly preserved in its stone tomb.  The 92cm long skeleton, which was unearthed in China and is thought to be around 40 million years old, is estimated to fetch between £10,000 and £15,000. 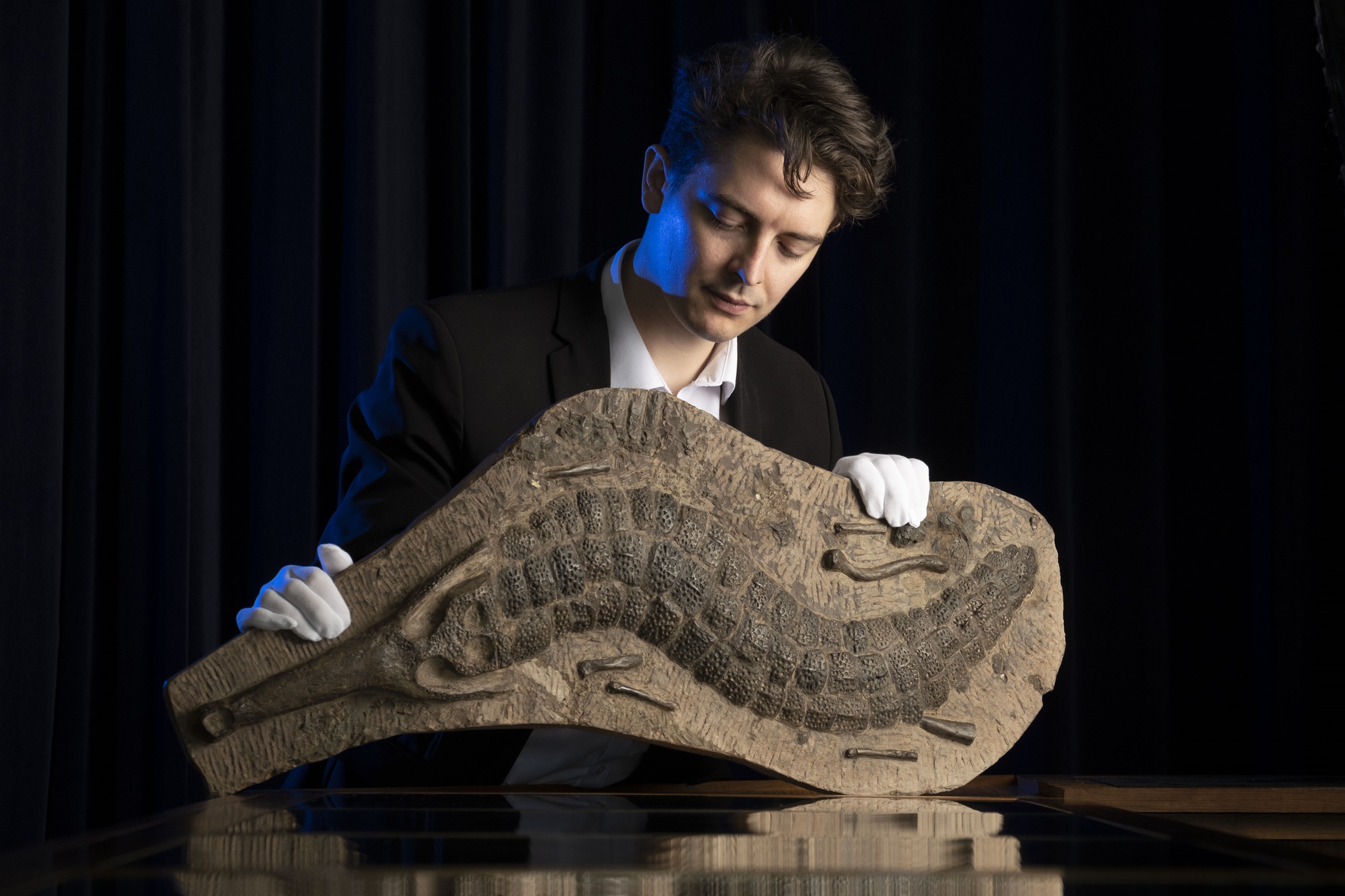 Commenting on the auction, our specialist, James Spiridion, said: “This is a marvellous collection that has been painstakingly assembled over many decades.  The varied nature of the items is remarkable with fossilised plants and animals sitting alongside rare minerals, rocks and even a meteorite.

‘The fossilised crocodilian is in immaculate condition with a near perfect skeleton on show.  It is worth noting that a similar, albeit larger, example recently sold at auction for $250k, illustrating quite clearly how important these fascinating items are.”

Other lots include a nest of fossilised Hardrosaur eggs from the late Cretaceous Period, which could fetch £7,000, and a Gibeon iron meteorite that fell to earth in Namibia.  The 25cm long rock weighs 7kg and has an estimate of £4,000 to £6,000. 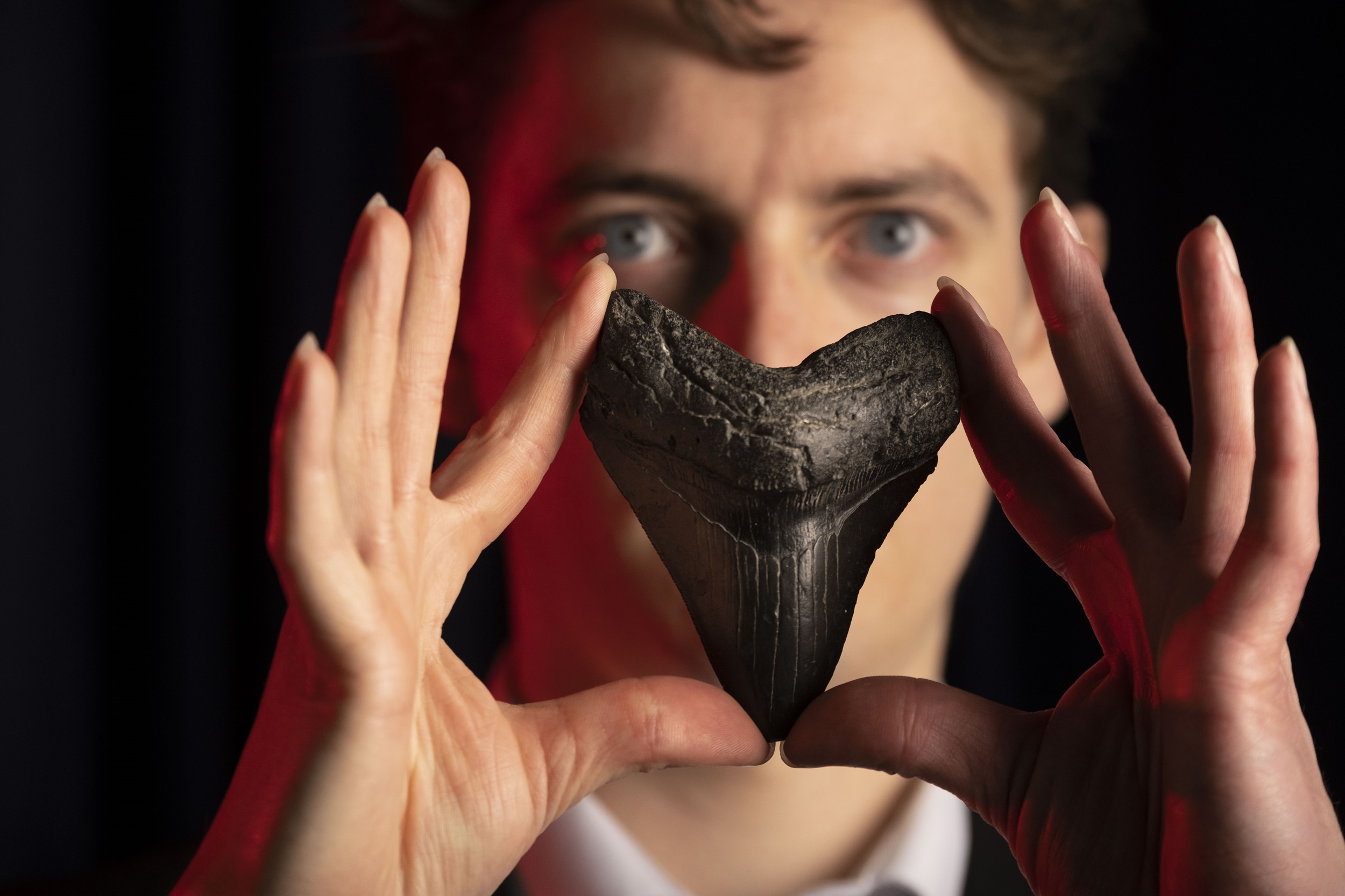 The auction will also feature a number of unusual and rare items for those with a more modest budget. A five million year old fossilised tooth from a Megalodon shark– a much larger ancestor of the Great White – has an estimate of £100 to £200, while there are a number of other fossil and mineral lots on offer for a few hundred pounds.

A Cabinet of Curiosities: including an Important Natural History Collection, will take place on 10 August at 12pm.