By the hand of a young Winston Churchill

Working as a writer for The Morning Post, a youthful Winston Churchill set sail for Cape Town in October 1899 to cover the Second Boer War.  London to Ladysmith via Pretoria is a record of the future prime minister’s impressions of the start of the war, and details his time in South Africa during this period. Upon arrival, Churchill was captured as a prisoner of war and subsequently made a dramatic escape, bringing Winston Churchill into the public spotlight for the first time. 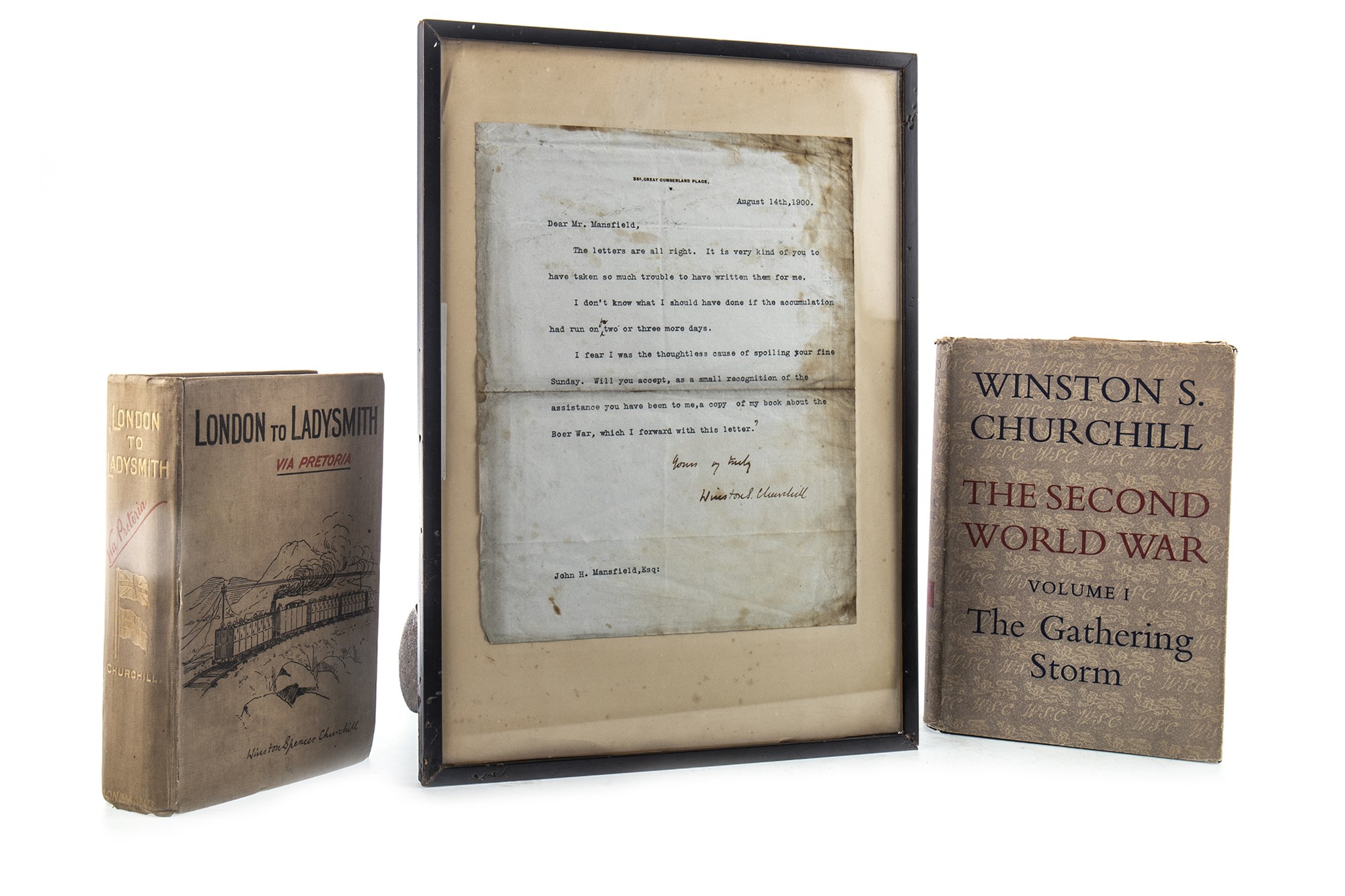 A rare and interesting book in any event, a particularly special edition comes to auction this month at McTear’s. Lot 801 in The Works of Art, Medals, Militaria & Furniture Auction this March is a signed copy of London to Ladysmith via Pretoria, published in 1900. This first edition copy of the book is signed by the author to 'John Mansfield... August 12th 1900', and comes along with a signed letter from Churchill to Mr Mansfield. 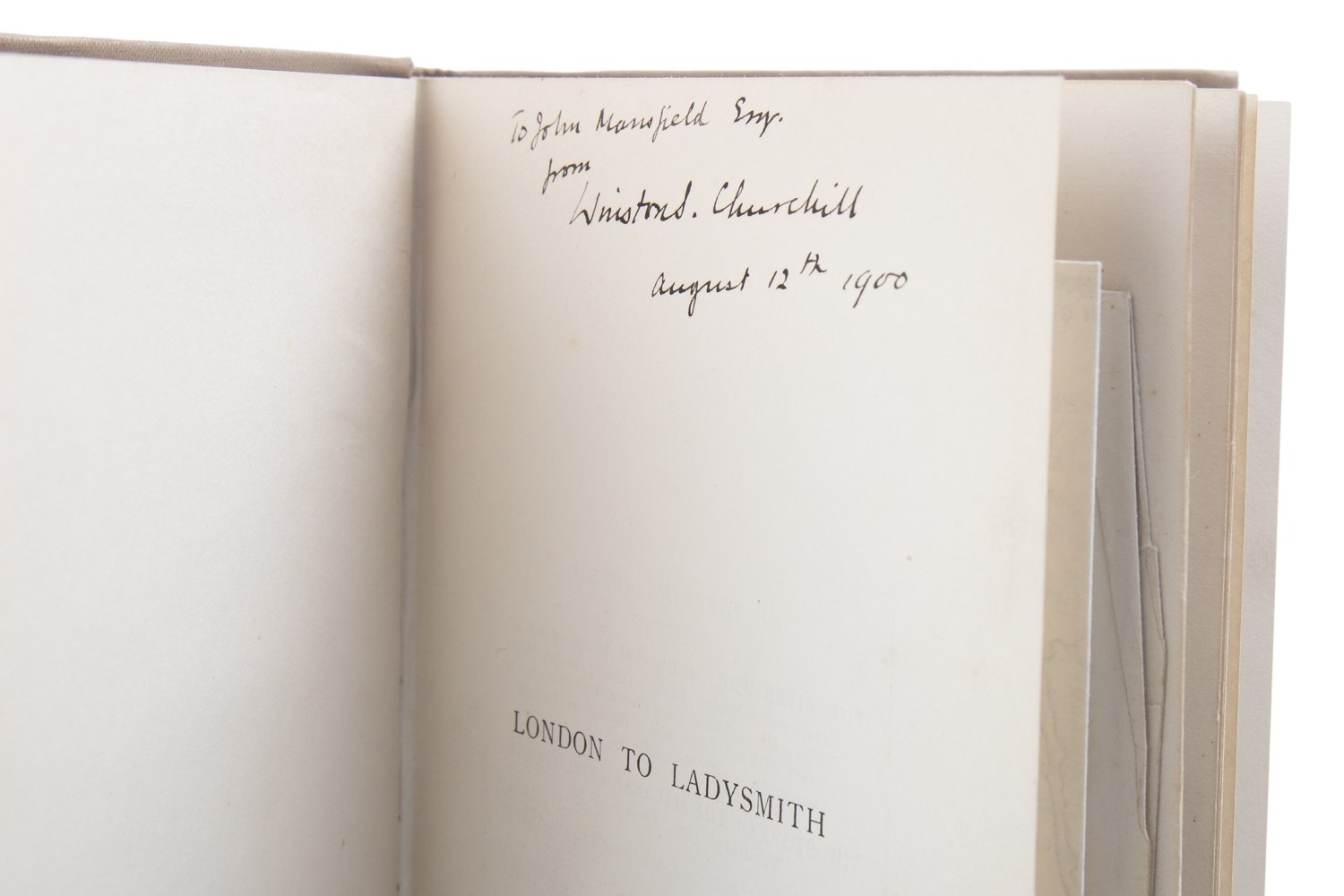 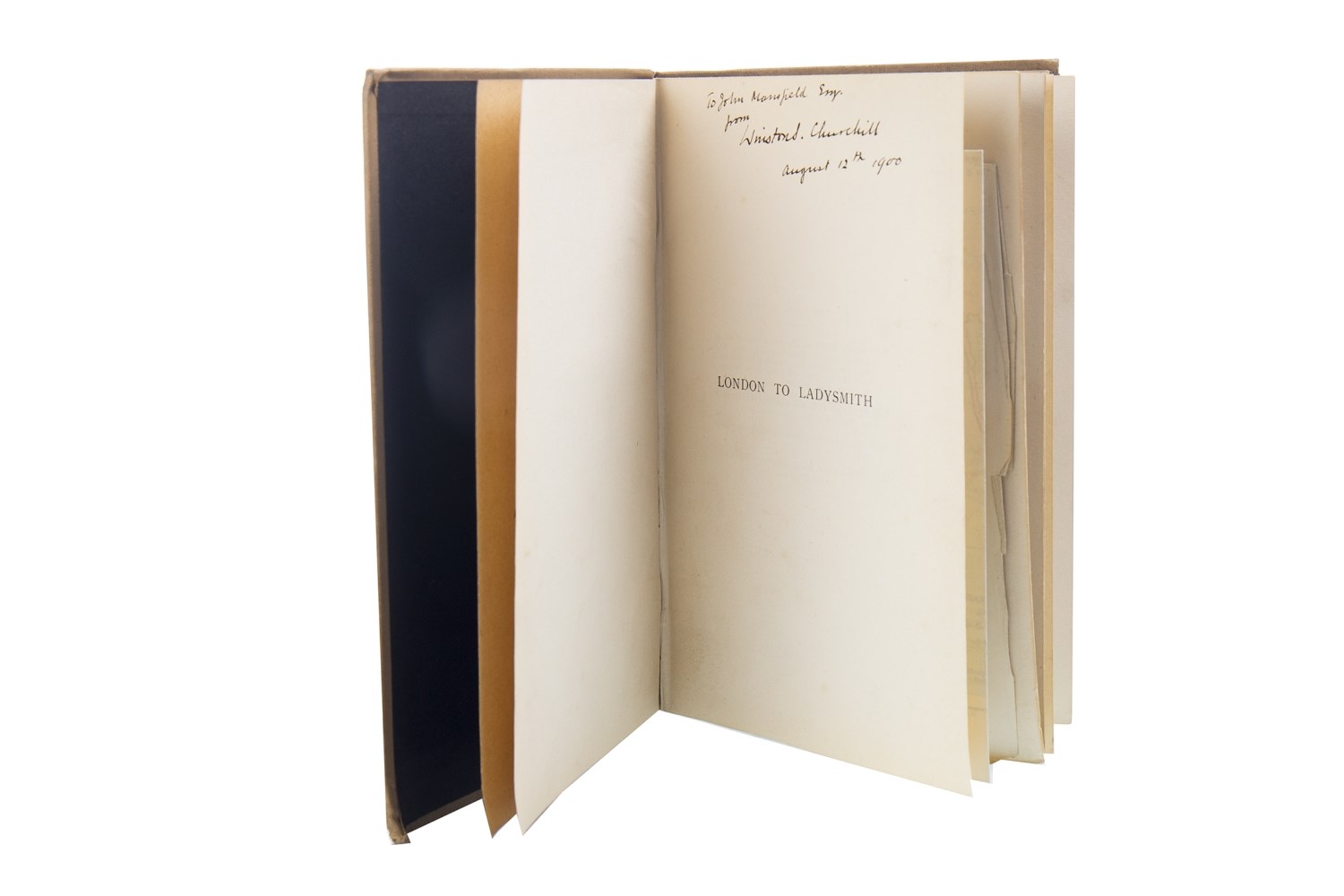 Mansfield was the land agent for Earl Grey of Howick Estate, Northumberland, who assisted Churchill preparing and sending various items of correspondence during his stay with Earl Grey, later receiving this letter and signed work by way of thanks. Over a century later, this impressive book and the accompanying letter are being offered for sale by a direct descendant of Mr. Mansfield. These will go under the hammer on 15 March at McTear’s, along with copy of Churchill’s WWII Vol. 1 to complete the lot.