Until the year after the union of the crowns, Scottish coinage was quite distinct and very separate from that of England. Many of the Scottish coins are easily recognisable with unusual features particular to them and have memorable names including bawbees, unicorns and groats. 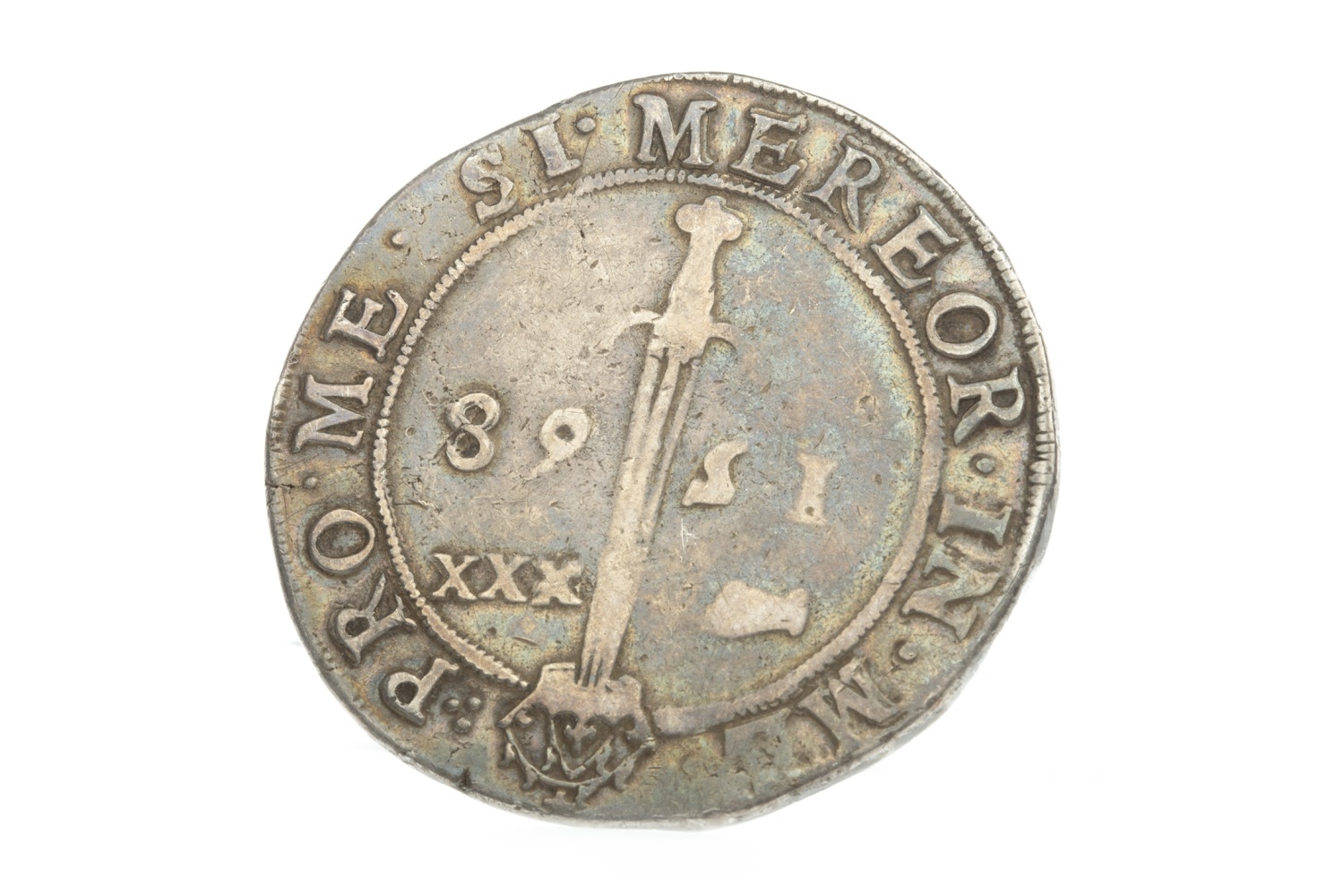 Examples of the currency are quite rare to auction, including those named ryals (the equivalent to 60 shillings), of which there is one in The Coins & Banknotes Auction on 17 December. This larger coin measures 41mm diameter and weighs 30g. The front or obverse of the coin features a crowned sword and the legend (text around the edge) PRO.ME. SI.MEREOR.IN.ME which translates roughly as ‘for me but against me if I deserve.’ The reverse of the coin shows a crowned shield with a lion rampant, a long standing symbol associated with Scotland. The legend to this side is IACOBVS.6.DEI.GRATIA.REX.SCOTORVM or ‘James VI, by the Grace of God, King of Scots.’

Do you have coins or banknotes to sell? Now is the time, with prices at an all-time high. Come along to our Glasgow Galleries anytime Mon-Fri 8.30-5pm, call Sarah on 0141 810 2880 or email sarah@mctears.co.uk.