Fergus McCann’s directors’ box chair to go under the hammer

One of the most unusual pieces of Celtic memorabilia ever to come to auction will go under the hammer in aid of Beatson Cancer Charity later this month.

Fergus McCann’s sumptuous directors’ box chair, which was used by the former Celtic chairman during his five year tenure at Parkhead, will feature in Scottish Greats: Football, Golf, Fishing and more on 22 July, with experts estimating the unique lot could fetch between £1,000 and £2,000.

Originally purchased by lifelong Celtic fan, Gerry Quigley, at a charity auction in 1999, the chair has had pride of place in the architect’s Greenock home for over 20 years.   Following his son’s successful cancer treatment in Australia, Gerry and wife Maureen decided to let the chair go to raise funds for Beatson Cancer Charity.

Gerry said: “I was friendly with Fergus and always felt that he was ahead of his time as he developed the club and laid the foundations for Celtic’s future success.

“I remember Chick Young was hosting the charity auction, and right at the end shouted, ‘look what Celtic are throwing out!’.  I knew this was an opportunity not to be missed so threw my hat in the ring. Fortunately, I managed to secure the chair and give the Beatson a funding boost.  Over the years it has been a real talking point when folk are visiting and we have used the chair to raise additional funds for charity too.

“My daughter-in-law is an oncologist at the Beatson, and we have seen the marvellous work they do day in day out, so when we decided to sell the chair we knew where we wanted the funds to go.  I have kept Fergus’s seat warm for 20 years and I feel the time is right to let another passionate Celtic fan have a seat for a wee while.”

Scottish-Canadian businessman, Fergus McCann, is a legendary figure amongst the Celtic faithful, having brought the club back from the brink of financial ruin.  McCann's abrasive manner prompted sustained criticism at the start of his tenure, however, by the end of his time at Celtic he had put the club back on a more stable financial footing and halted Rangers’ quest for ten consecutive league titles. 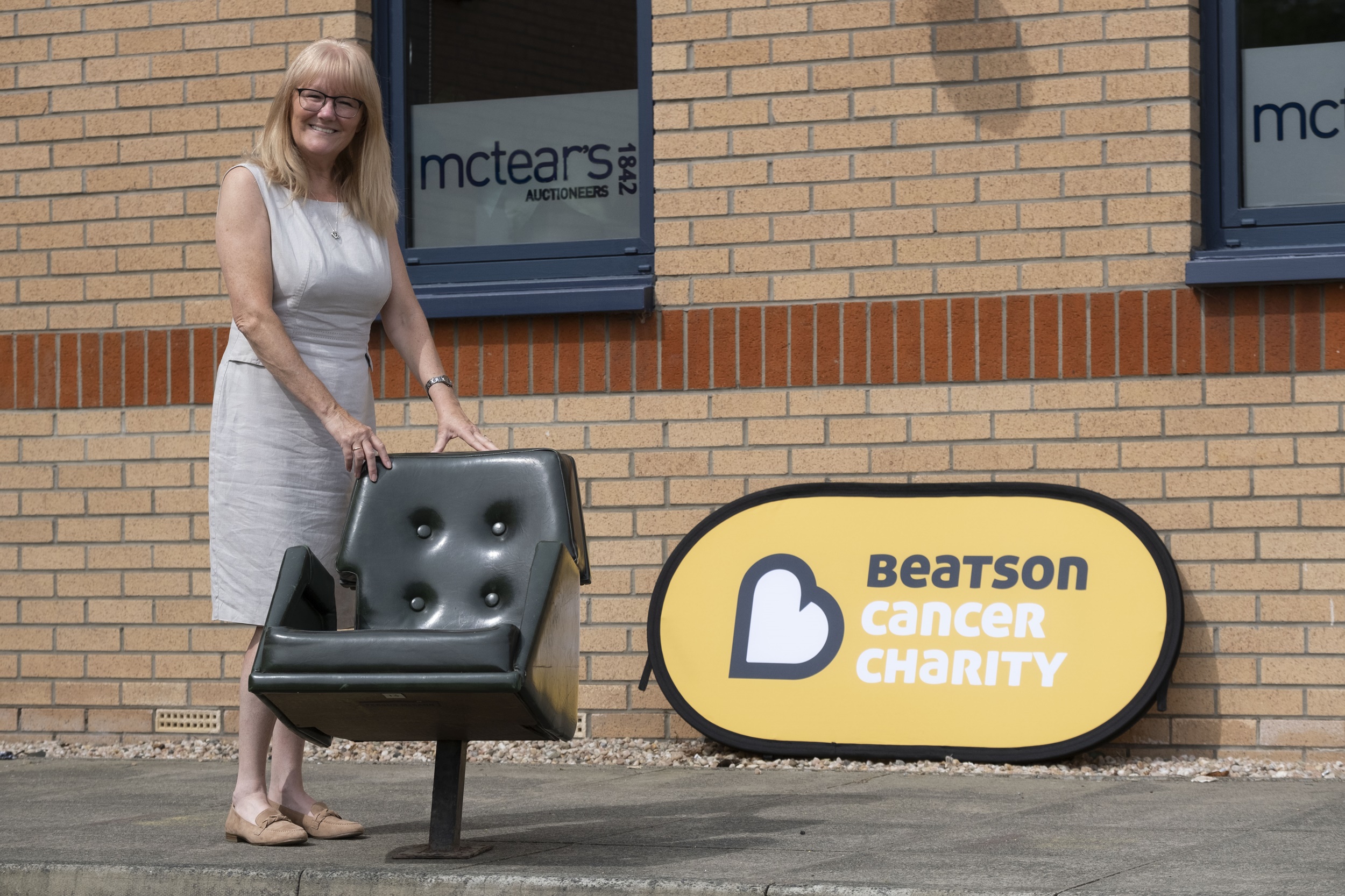 Commenting on the auction, our sporting specialist, James Bruce, said: “We have sold some very rare and unusual pieces of Old Firm memorabilia over the years, but I think this has to be one of the most intriguing items to go under the hammer.  Following a shaky start, Fergus McCann’s time at the club is now hailed as one of the most important periods in the club’s history, and the start of a golden spell for Celtic.

“Week in and week out ‘the bunnet’, as he became known, would sit in this very chair to watch his beloved team, and we are delighted that we are now in a position to help find a new home for this hugely important piece of Celtic heritage.

“The vendor, Gerry Quigley, has been a tireless charity champion for many years and this latest impressive gesture for the Beatson is another example of his huge generosity. McTear’s will be waving all vendor fees, with the full hammer price and buyer’s premium going directly to Beatson Cancer Charity.”

A Beatson Cancer Charity spokesperson said: “We are thankful that the Quigley family have once again considered us to benefit from their fundraising efforts. 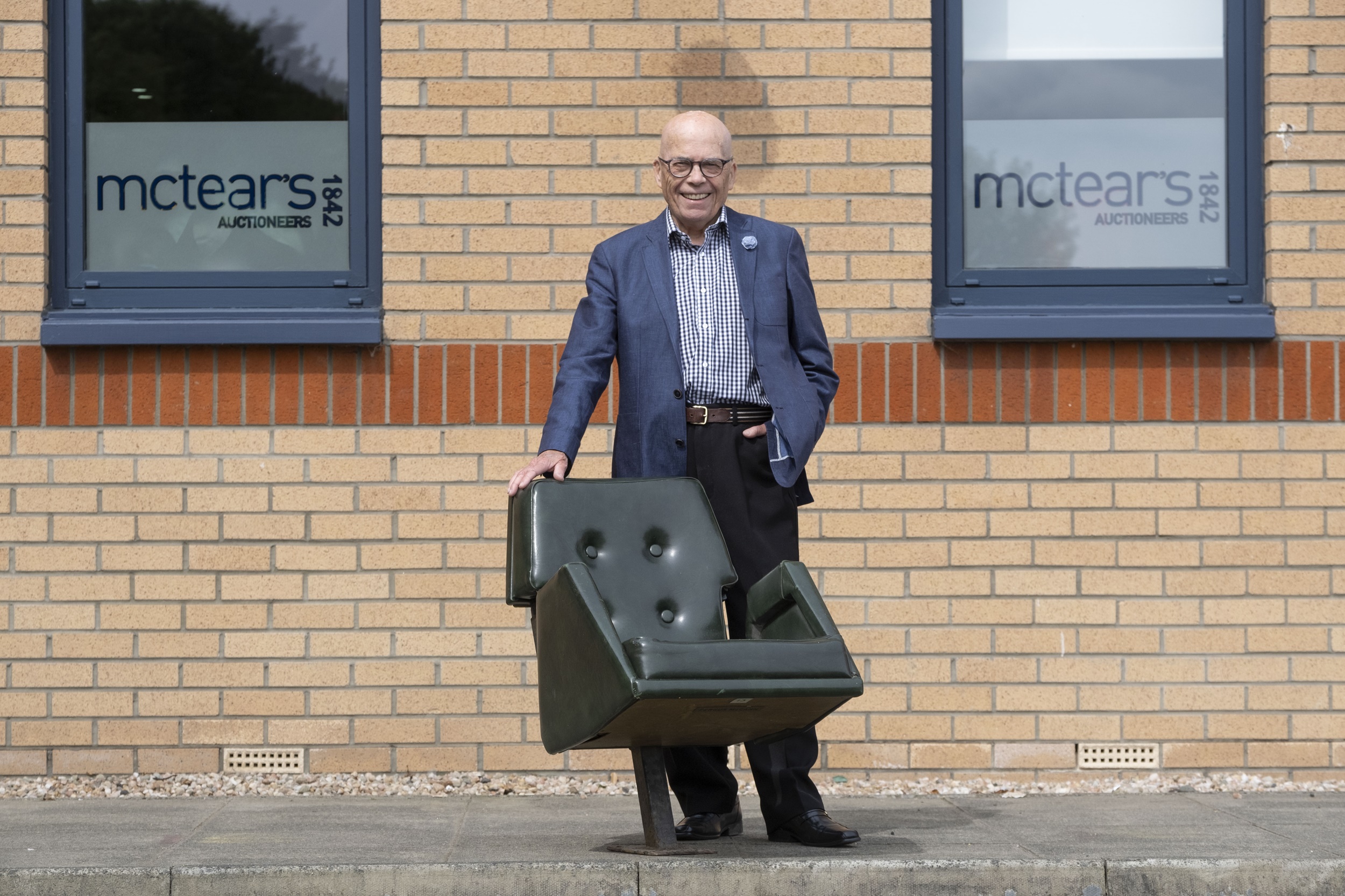 “We hope the sporting auction is a great success and are very grateful to everyone who gets involved to support our charity – it allows us to help so many cancer patients and their families across the west of Scotland.”

The chair is upholstered in deep green button back vinyl, with hinged seat and plaques to the underside inscribed 'FERGUS McCANN' and numbered '13'.   The lot will feature in Scottish Greats: Football, Golf, Fishing and more in our Glasgow galleries on 22 July.