On leaving the Art School Clifford worked on various projects including the refurbishment of Glasgow city Centre pub, The Muscular Arms. He was also involved in the music scene, playing lead guitar in a succession of bands culminating in “the Motels” a name which then had to be changed to “Montels” after the intervention of a US band with more money for a lawyer! In 1979 he moved to London to promote the band, side-lining art completely, but in ’84 following a brain aneurysm he lost the use of his left hand and had to give up playing. 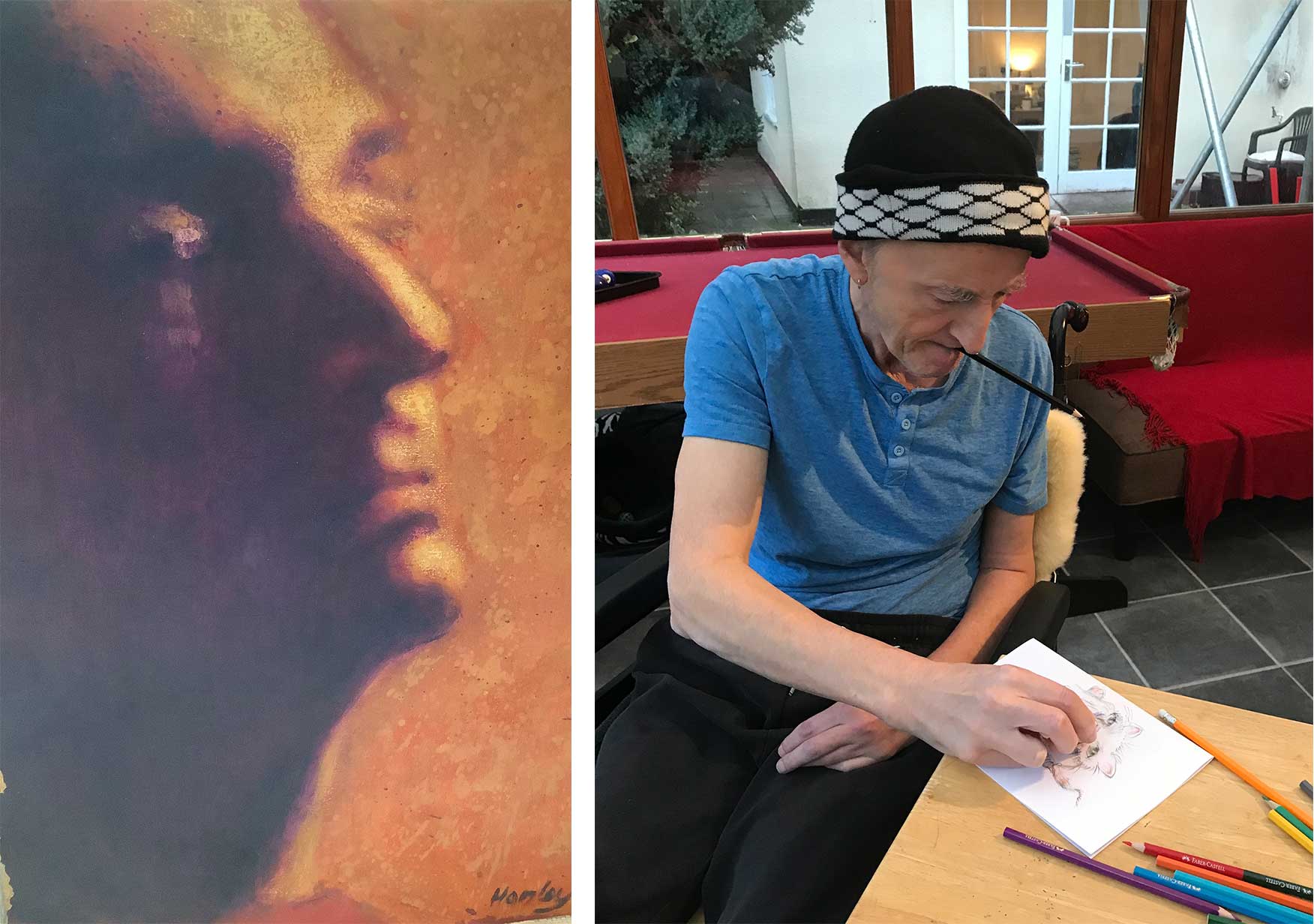 Self portrait, and later Clifford sketching in the care home

He returned to painting, opening a small gallery in a local shop and became immersed in the local art scene. A short lived marriage saw him move to Bath then singly to Bristol where again he became very involved in local arts festivals and also campaigning for Palestinian rights. It was while quietly handing out leaflets that he was assaulted which led to his 3rd brain injury. He also had associated epilepsy, and the culmination was the loss of some 30 years of memory and in 2015 he was finally admitted to care in a specialist brain injury care unit. Clifford died on 26 July 2021.

McTear’s is very pleased to host this studio sale of Clifford’s work.

Browse the collection and bid >>