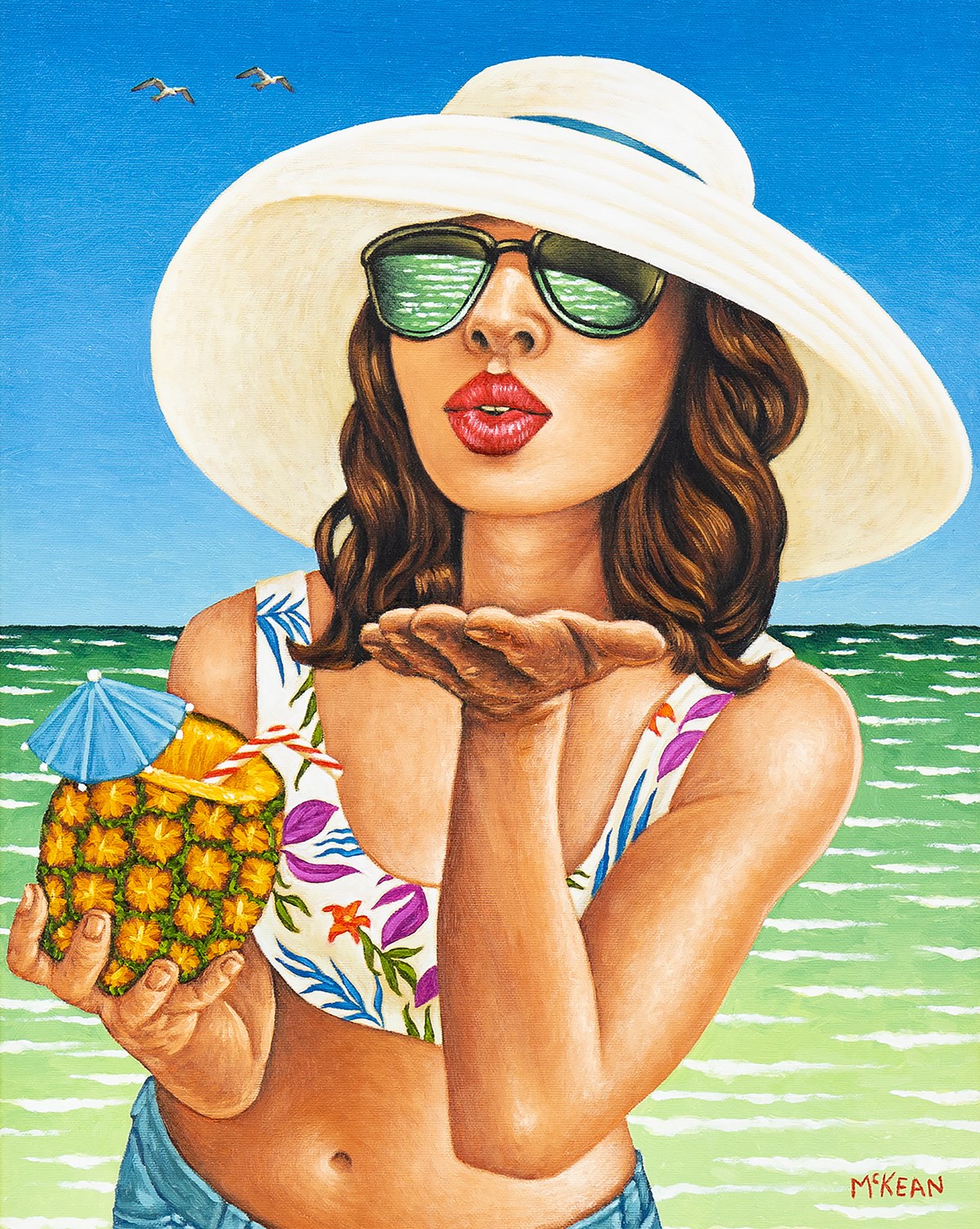 In 1996, after 17 years as a graphic designer, Graham McKean decided to commit himself to working in oil and pastel. His work has become a highlight of The Scottish Contemporary Art Auction and is held in prestigious collections worldwide. A regular in national and international exhibitions, Graham is also a solid supporter of many charities across the UK.

A review by the late W. Gordon Smith (Art Critic, The Scotsman), described the work of Graham McKean as a cross between the painters John Byrne and Stanley Spencer, but with an ‘interesting bite’.

With four offerings by the artist in this month’s auction, you’ll ‘Wish you were here’ at McTear’s on Sunday 30 September!

The Scottish Contemporary Art Auction takes place every six weeks. Come along to the Valuation Days at McTear’s on Tuesday, Wednesday and Thursday this week for complimentary auction advice.