Come fly with us

During the mid-twentieth century, the market for sports watches grew significantly, with luxury Swiss brands all vying to create timepieces with innovative functions and features. Sports watches are those designed for use in a specific activity or by a particular professional or hobbyist. These include those made for divers, racing drivers and pilots. Before the age of computers, these watches allowed the wearer to time pursuits, measure distance and make other calculations. The competition among brands such as Omega, Heuer and Rolex meant that these watches had to include not only technological advances but had to look striking too. The Omega Speedmaster was a watch aimed at racing drivers, and was a huge success, becoming a classic worn by drivers and onlookers alike. Such a great and resilient model, the Speedmaster was of course the first watch to be worn on the moon, maintaining function and accuracy throughout. Many pilots chose to wear the Speedmaster too, its functions transferring well to aviation needs. 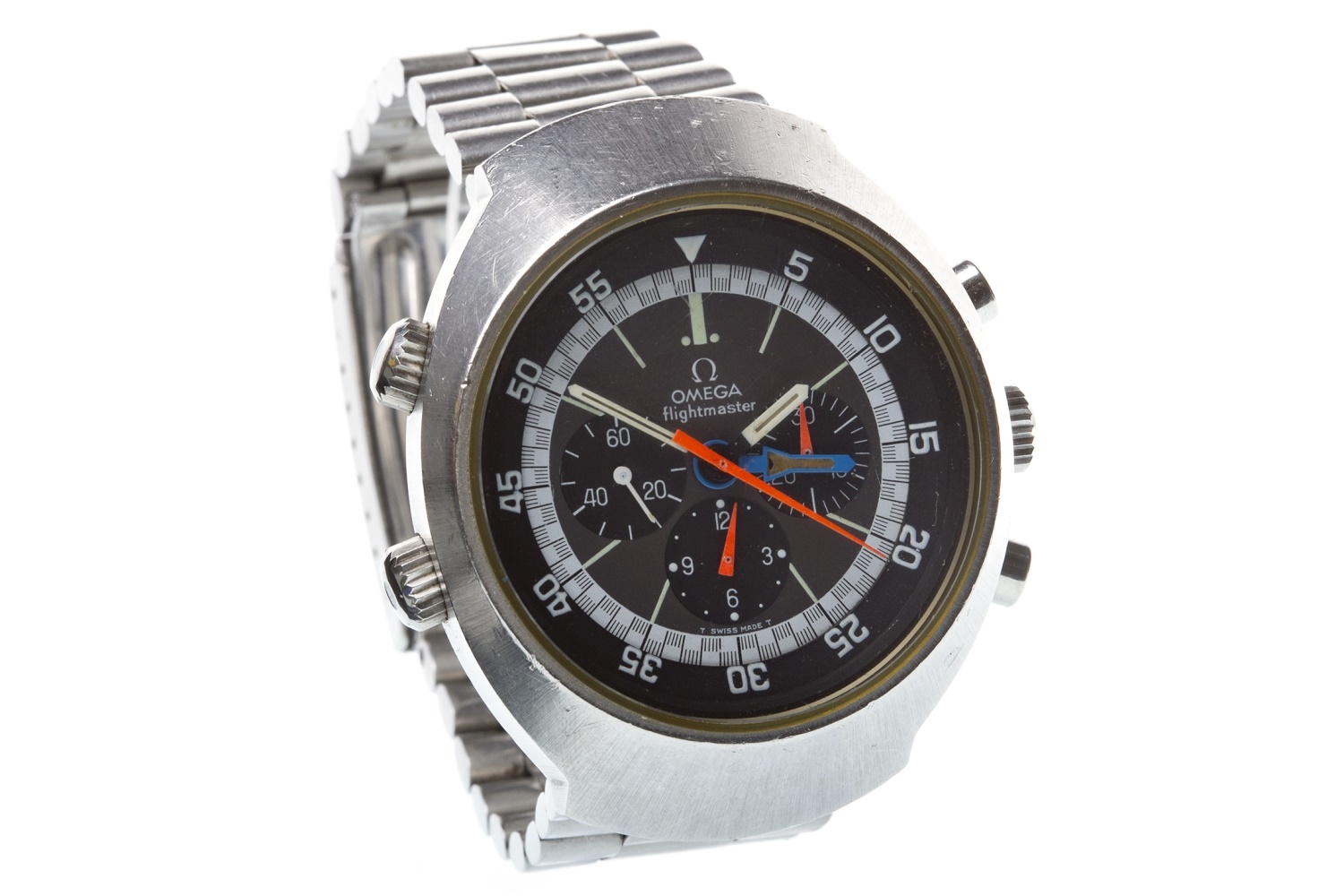 Omega did however choose to create a watch aimed very specifically at pilots and launched the Flightmaster in 1969. A very distinctive piece, the watch has a large case and chronograph dial with hands in three colours. The black dial is accented by the domino seconds track and all is framed by the bevelled or raised case edge. Each of these distinctive design choices are both functional and aesthetically pleasing. The differing colours of the hands enable swift recognition of the information they convey – the blue 12 hour hand to show a second time zone for example. McTear’s is pleased to present lot 751 in The Watches Auction on 5 November, an Omega Flightmaster, estimated at £2000-3000.