Although best known for his depictions of England’s declining rural crafts, lot 423 in this month’s Paintings, Drawings and Prints auction demonstrates Stanley Anderson’s (1884-1966) vast output in subject matter and the art of printmaking.

Born in Bristol in 1884 to general and heraldic engraver, Alfred Ernest Anderson, it was no surprise that Stanley Anderson would follow a similar pathway. From the age of 15 he was apprenticed to his father where he learned the foundations of his craft. This was supplemented by evening classes which he paid for out of his own pocket at Bristol Municipal School of Art, studying under painter-engraver, Reginald Bush (1869-1956).

Anderson’s passion for printmaking took him to London’s Royal College of Art, where he received instruction in etching and drypoint under eminent printmaker, Frank Short (1857-1945). Over the next few years, Anderson’s reputation as a printmaker grew, gaining commercial success with a series of topographical etchings in 1919 before being elected a full member of the Royal Society of Painter-Etchers and Engravers in 1923. 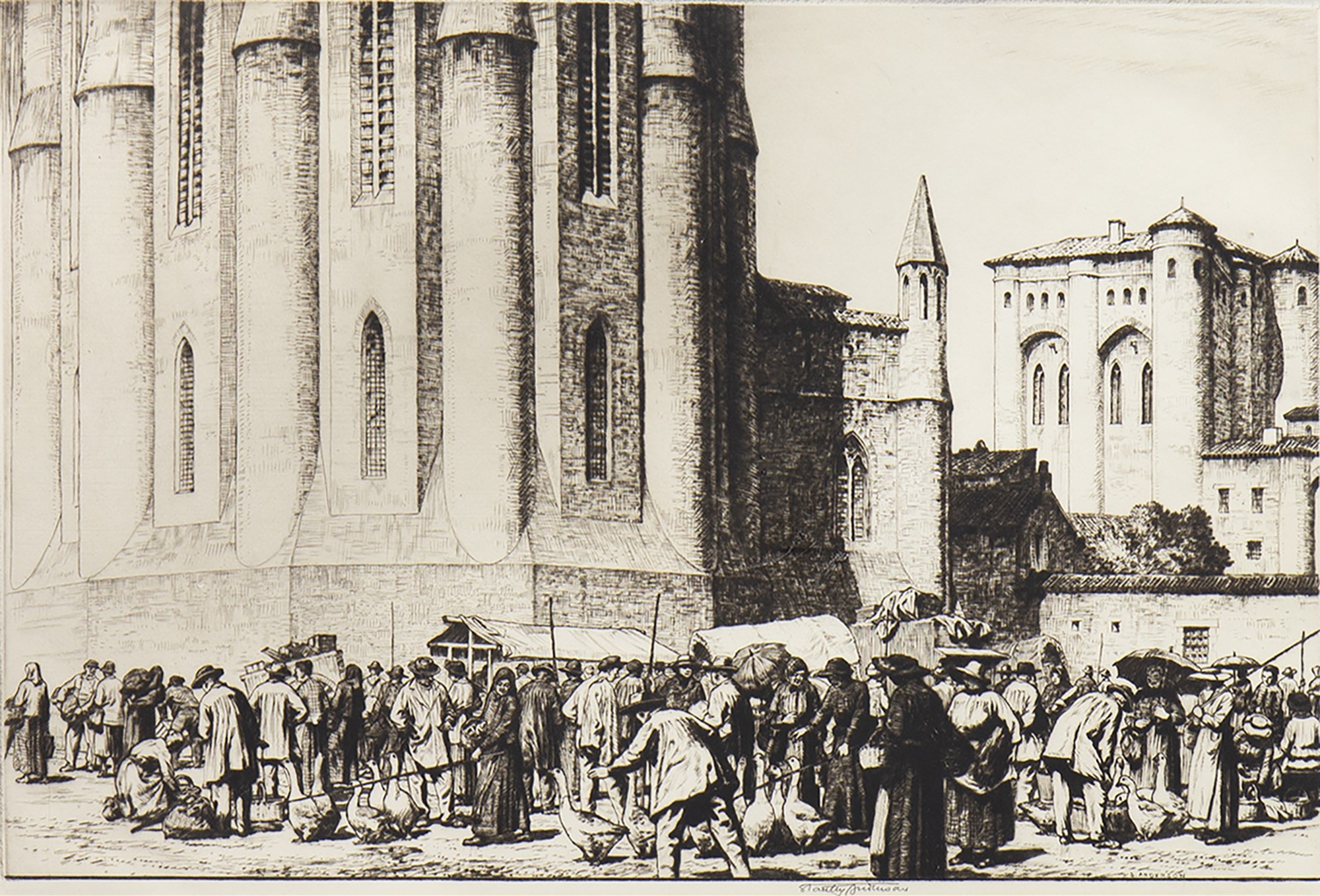 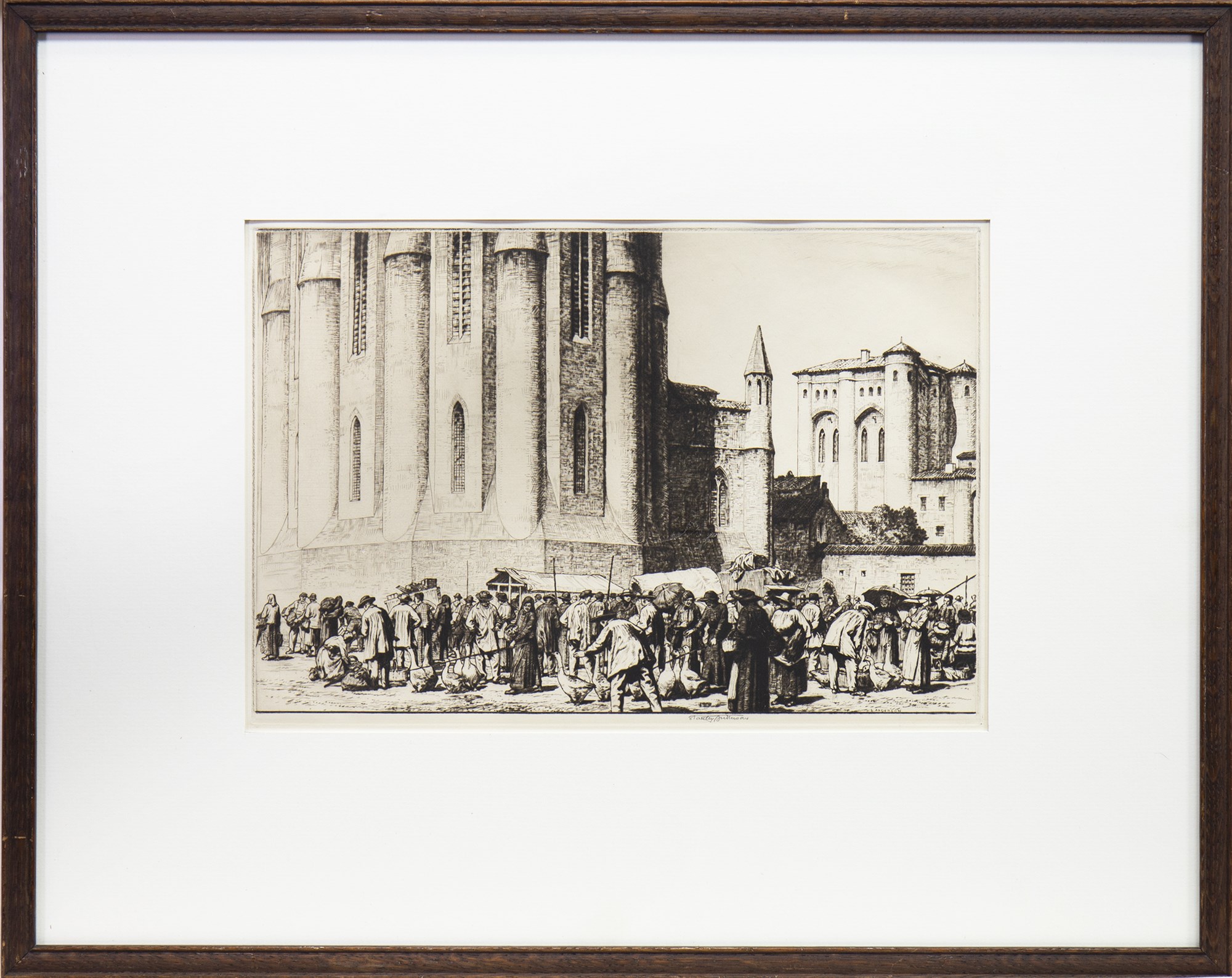 Anderson’s work is full of social commentary and his choice of subject matter demonstrates his disenchantment with modern life. In lot 423, Anderson has depicted a bustling market scene in Albi, France. Sceptical of progress, this is a nostalgic scene which memorialises the rural life that was slowly disappearing before his eyes at home in England. It was this commitment to the preservation of rural crafts that saw him go on the create a body of work between 1934 and 1953 known as the Country Crafts series, for which he was eventually awarded a CBE in 1951.

With an estimate of £200 – 300, lot 423 presents a wonderful opportunity to add to your collection the work of one of the most prominent artists of the Etching Revival.