One of the highlights of the Rare & Fine whisky auction at McTear’s this month is in fact a cognac. The Courvosier L’Esprit is made up of cognacs produced no later than 1930, with many believed to be considerably older, sourced from the famous Paradise cellars which contain spirits dating back to the French Revolution and Napoleon. These were produced to celebrate the turn of the Millennium and are presented in hand crafted Lalique crystal decanters, each individually numbered.

Courvoisier dates back to 1809 when Emmanuel Courvoisier and then mayor of Bercy, Louis Gallios started up their own wine and spirits company, sourcing the finest produce for their customers. They then decided that the only way to guarantee the finest spirits was to produce their own, Courvoisier, which is produced by the same methods to this day. 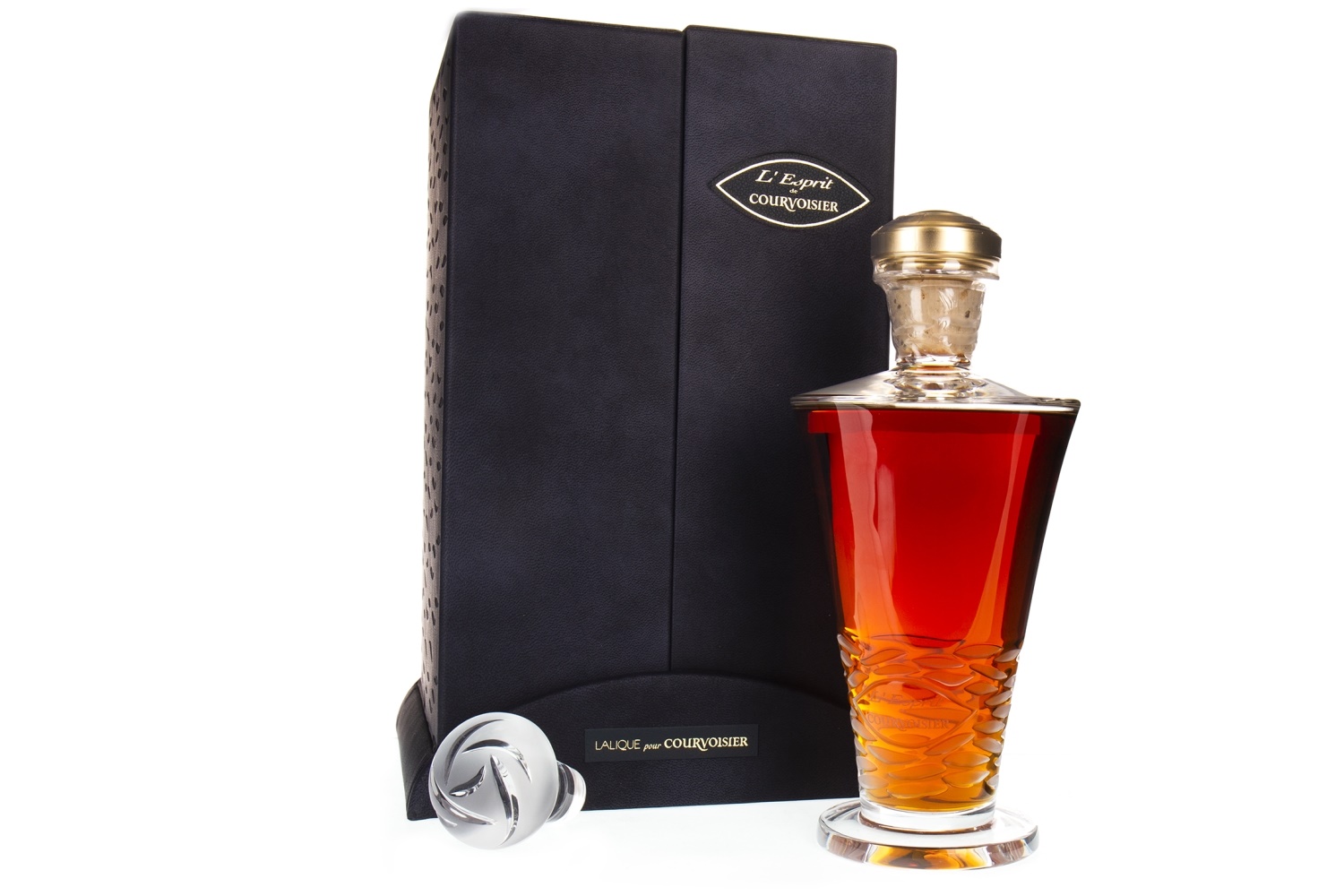 It was Emmanuel and Louis son’s, Felix and Jules, who decided in 1828 to relocate to Jarnac, in the heart of the Cognac region, as it was their belief that this move was what was required to improve the product even more so.

The harvest of the grapes begins in October, with the spirit from said grapes being distilled between November and March. The wood used for aging the cognac is 200 year old French oak, sourced from the Troncais forest.

This fantastic spirit can be yours, estimated to sell for £1,500-£2,000, and is one of a number of fantastic cognacs available to bid on in this sale.