This month McTear’s will offer a magnificent array of ceramics and glass. From Clarice Cliff and Moorcroft to Schneider and Monart, we have you covered. In particular, an impressive quantity of Clarice Cliff ceramics will be showcased in McTear’s British & Continental Ceramics & Glass Auction. The privately consigned collection includes examples from Newport, Staffordshire and Wilkinson Pottery and comprises a diverse array of patterns and designs that reflect Cliff’s prolific career. 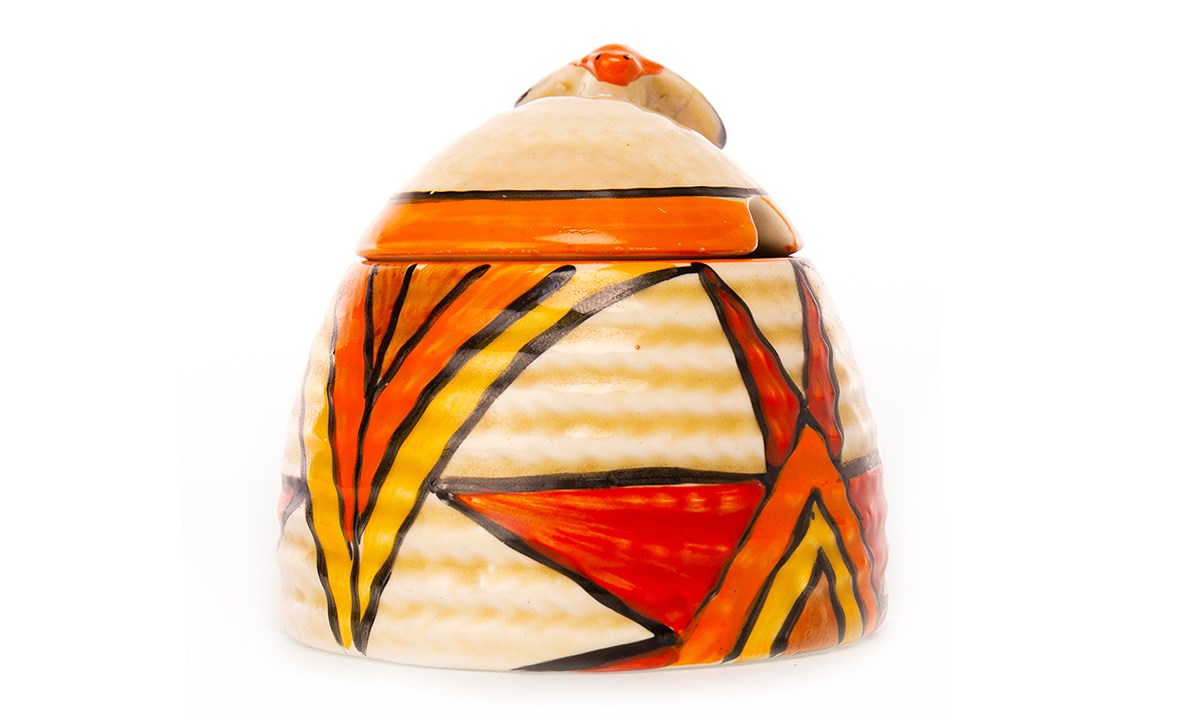 Lot 1224 is a preserve pot and cover from the ‘Bizarre’ range which was marketed at the time as modestly priced, colourful everyday pottery. The huge success of ‘Bizarre’ lead Cliff to experiment with many different patterns and shapes.  For example, lot 1224 is hand painted in the ‘sunburst’ pattern, a design consisting of stylised sun motifs on the classic ivory ground.  In the form of a beehive, the pot demonstrates Cliff’s revolutionary innovative forms as previously tablewares were in very traditional forms. Other examples of this include cone-shaped sugar sifters, and reinventing ordinary items with the use of abstraction.

The British & Continental Ceramics & Glass sale features 18th to 20th-century porcelain, pottery and glass from the best-known manufacturers around Britain and Europe. Dedicated auctions of British & Continental Ceramics & Glass are held every twelve weeks. Come along to the Valuation Days at McTear’s on Tuesday, Wednesday and Thursday this week for complimentary auction advice.