In the 9 November sale, we have around 60 different single cask bottlings from the iconic ‘Scotch Malt Whisky Society’ (SMWS).

The history of the SMWS begins in 1983, when a group of friends bought a cask of Glenfarclas, which they had a number of bottles filled periodically. Once they found a home in the Vaults building in Leith, they founded a society of likeminded individuals who enjoyed a dram. 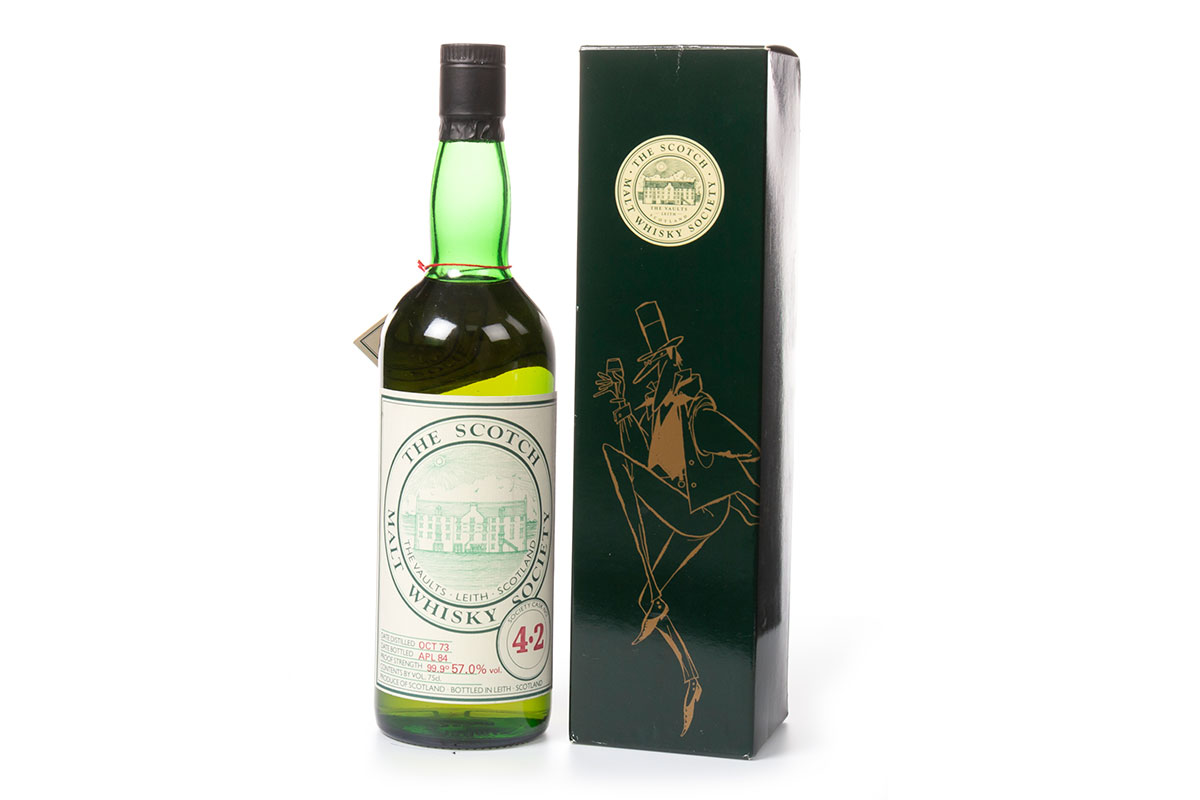 It was at this point then Glenfarclas 1.1 was released, a 1975 distillation, bottled in August 1983. Following this, new bottlings were produced each month for the growing membership.

Unusually the bottlings never state which distillery the spirit has come from, instead, a code system was employed, with the whole number indicating the distillery, and the decimal designating which release. Without having the codes memorised, it makes working through a consignment of SMWS bottles a real joy to work through.

Some of the highlights in the upcoming auction include a number of rare Springbanks (27) distilled in the 1960s, the first release of Glenlivet (2), Bowmore (3), Glen Grant (9) and Bunnahabhain (10), amongst others.