TAG Heuer and the McLaren racing team have a long running close relationship, at one time TAG owned both TAG Heuer and 50% of McLaren International. The McLaren team is of course still sponsored by TAG Heuer and with the company’s long running focus on creating time pieces with functionality for racing it is a match made in marketing heaven. The re-branding of the McLaren brand in the late 1990s saw the start of TAG Heuer’s sponsorship of the team and their creation of a collection of watches bearing the names of prominent drivers including Mikka Hakkinen and David Coulthard. 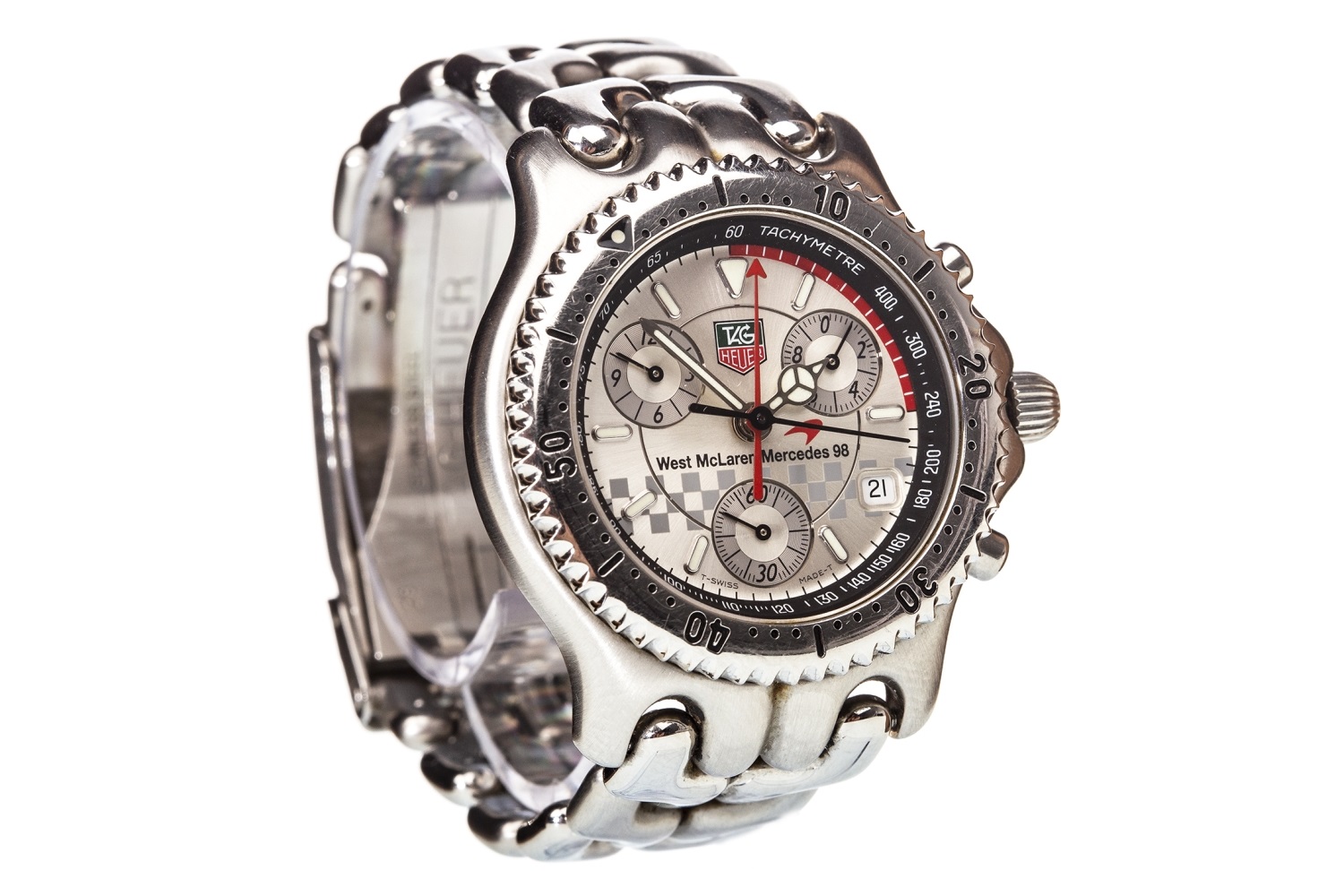 There have several further limited collections of collaborative watches, very successful, including the Formula 1 42 MM McLaren Special Edition in to mark the 30 year anniversary of the beginning of the relationship between the two companies. Many of these watches are quartz, more affordable than an automatic equivalent and were the key to TAG Heuer’s fight against potential company failure in the face of the ‘quartz crisis’ -  at a point where many Swiss brands struggled to compete with the influx of highly accurate, cheaper watches from Asia. McTear’s is pleased to offer lot 752 in The Watches Auction on 13 August 2019, a TAG Heuer West McLaren Mercedes 98 Edition Silver Arrows wrist watch. This is complete with boxes, papers, booklets and even the original retailer’s bag, and carries an estimate of £1000-1500.