Once again the Paintings, Drawings and Prints auction offers an eclectic mix of artworks including artists from the fifteenth century to present day.

Paintings specialist,  Jenny's favourite lots this month come in the form of two colourful etchings by British artist, Elyse Ashe Lord (1885 – 1971). Born Elise Müller, she received her art training from Heatherley’s School of Art in Chelsea and went on to marry the Reverend Thomas Ashe Lord, circa 1908. After her marriage, she adopted the name Elyse Ashe Lord to hide her German heritage due to the rising anti-German sentiment in the run-up to the Great War. 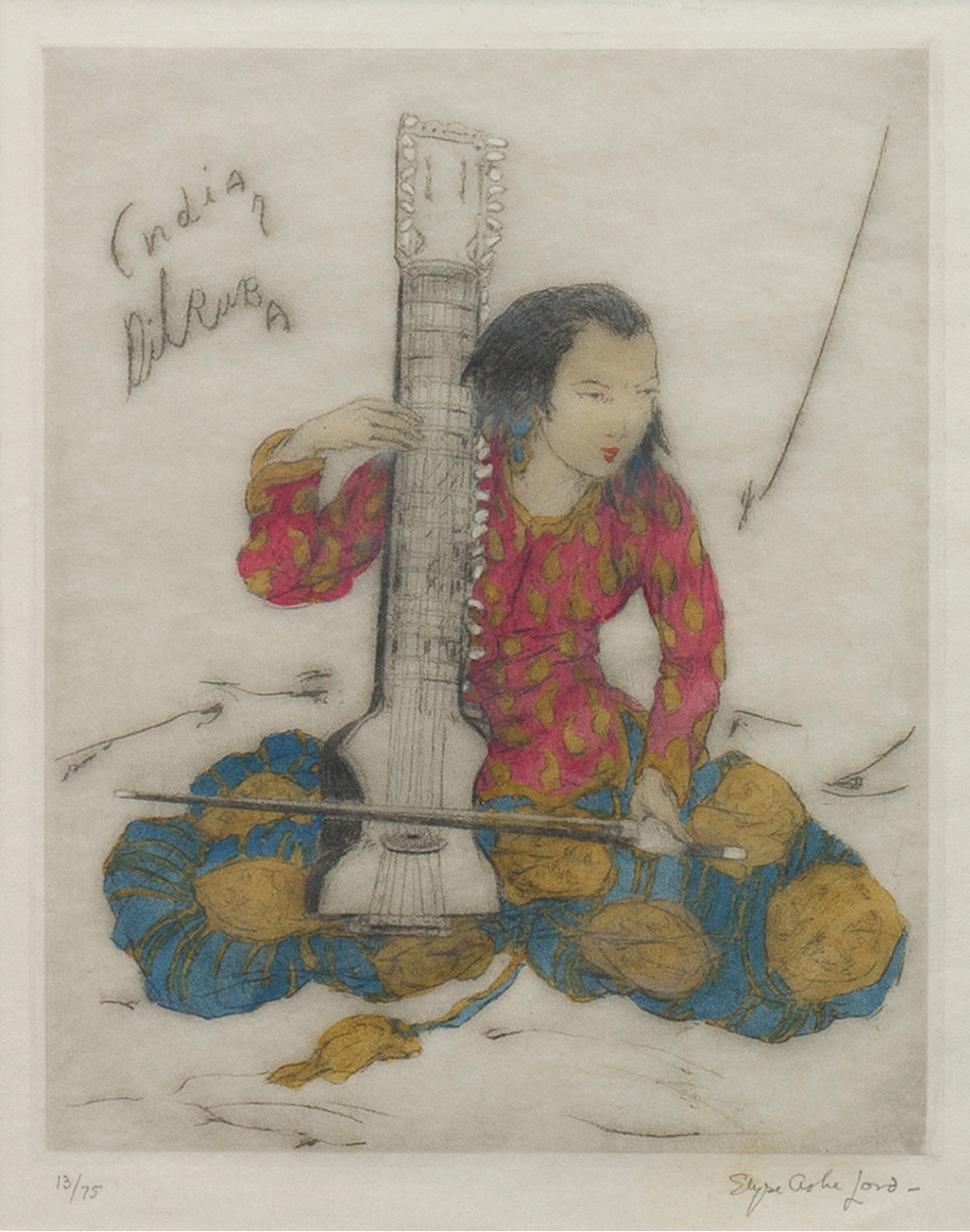 Lord was fascinated by Chinese culture and drew inspiration from the British Museum’s collections of Chinese art, including their poetry and textiles. She initially worked in watercolour, but it was her printmaking which drew attention from The Studio magazine. 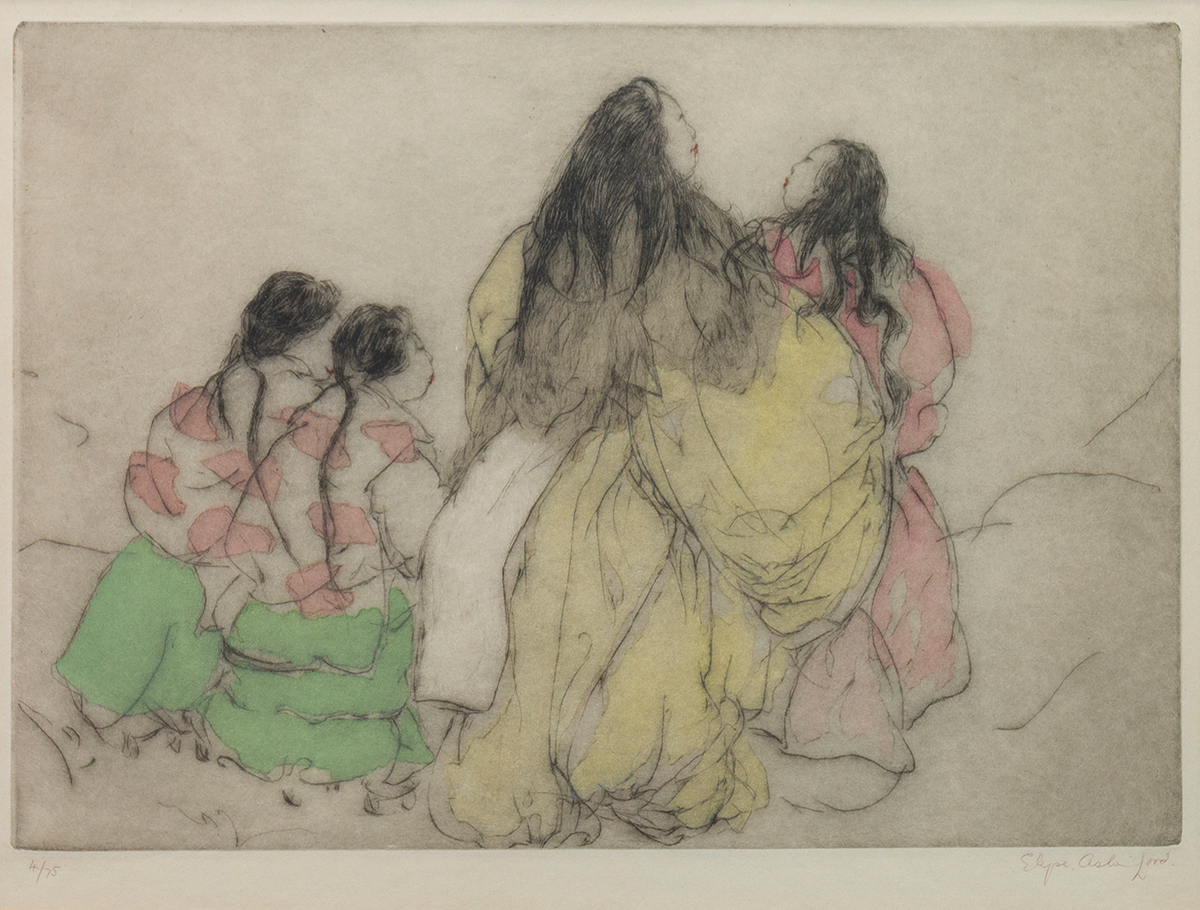 Her work was widely appreciated; The Studio included her in the first volume of their “Masters of the Colour Print” series; she was elected a full member of the Royal Institute of Painters in Water Colours in 1922; and she exhibited with the Royal Academy, Royal Scottish Academy, Glasgow Institute of Fine Arts, Paris Salon and the Chicago Society of Etchers, to name a few.

Her output was prolific; musicians featured regularly in her work and lots 105 and 109 are beautiful examples of prints inspired by oriental culture as well as Art Deco and early 1920s fashion.  These lots are offered at an attractive estimate of £80 – 120 each.