Edward Atkinson Hornel was one of the most celebrated and prominent members of the Glasgow Boys group which emerged in the 1880s and grew in fame well into the 20th century. He was known for his interest and uses of rich colour and dense pattern. Many of his paintings are characterised by floral wooded compositions and girls by the sea, and the three lots by Hornel in the 24 September Scottish Pictures Auction are no exception. 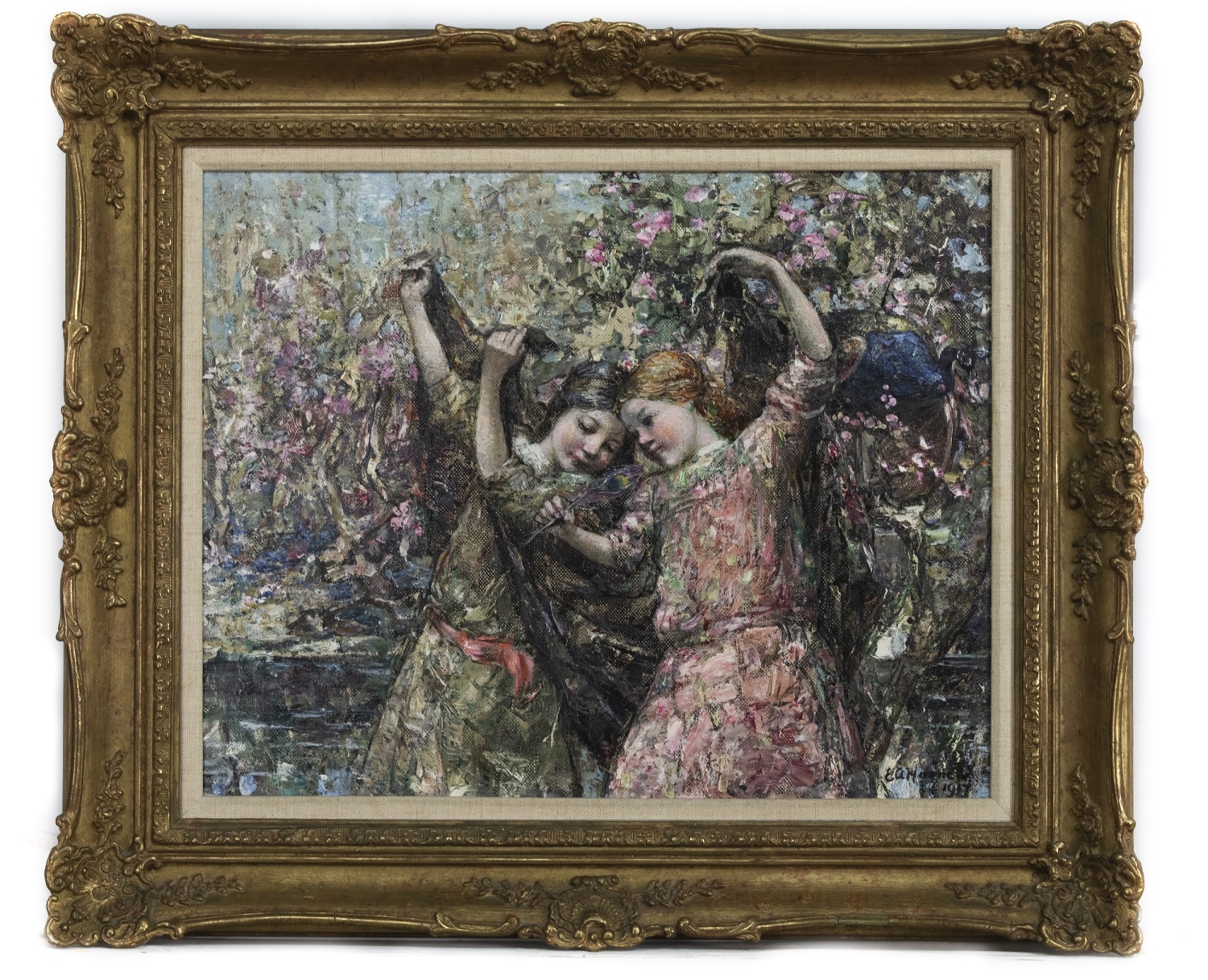 Lot 2020, Galloway Maids at Play, is a stellar example from the artist’s oeuvre, dated 1917. With soft cheeks and inquisitive expressions, the two girls admire a peacock feather, seemingly unaware of the peacock itself looming behind them among bushes and flowers. 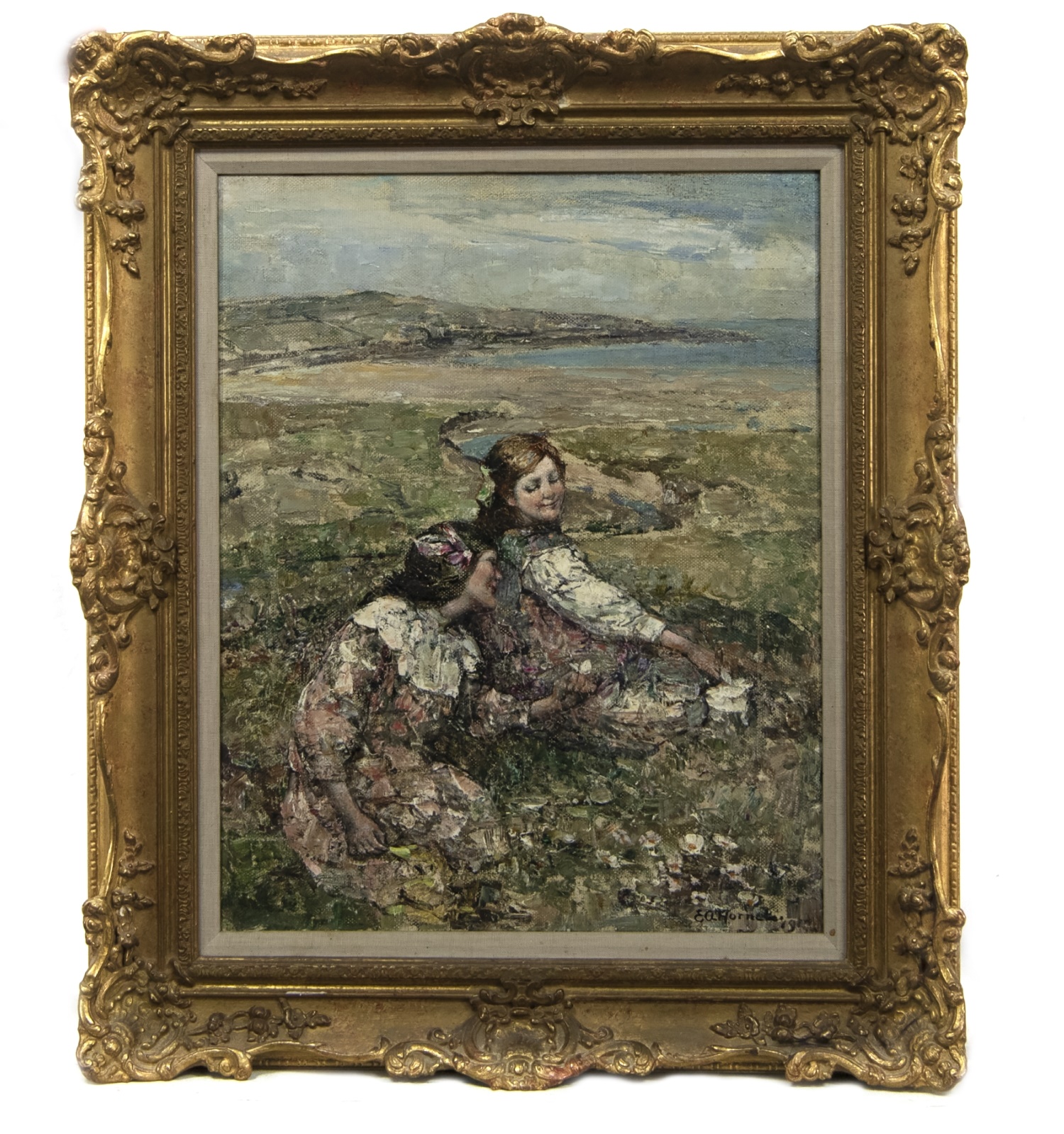 Lot 2025, Happy Howls, also from 1917, includes another popular motif from the artist - butterflies. The picture shows a pair of girls among the idyllic grasses of the coast, with butterflies fluttering about and landing in their hands, with Brighouse Bay stretching beyond them. 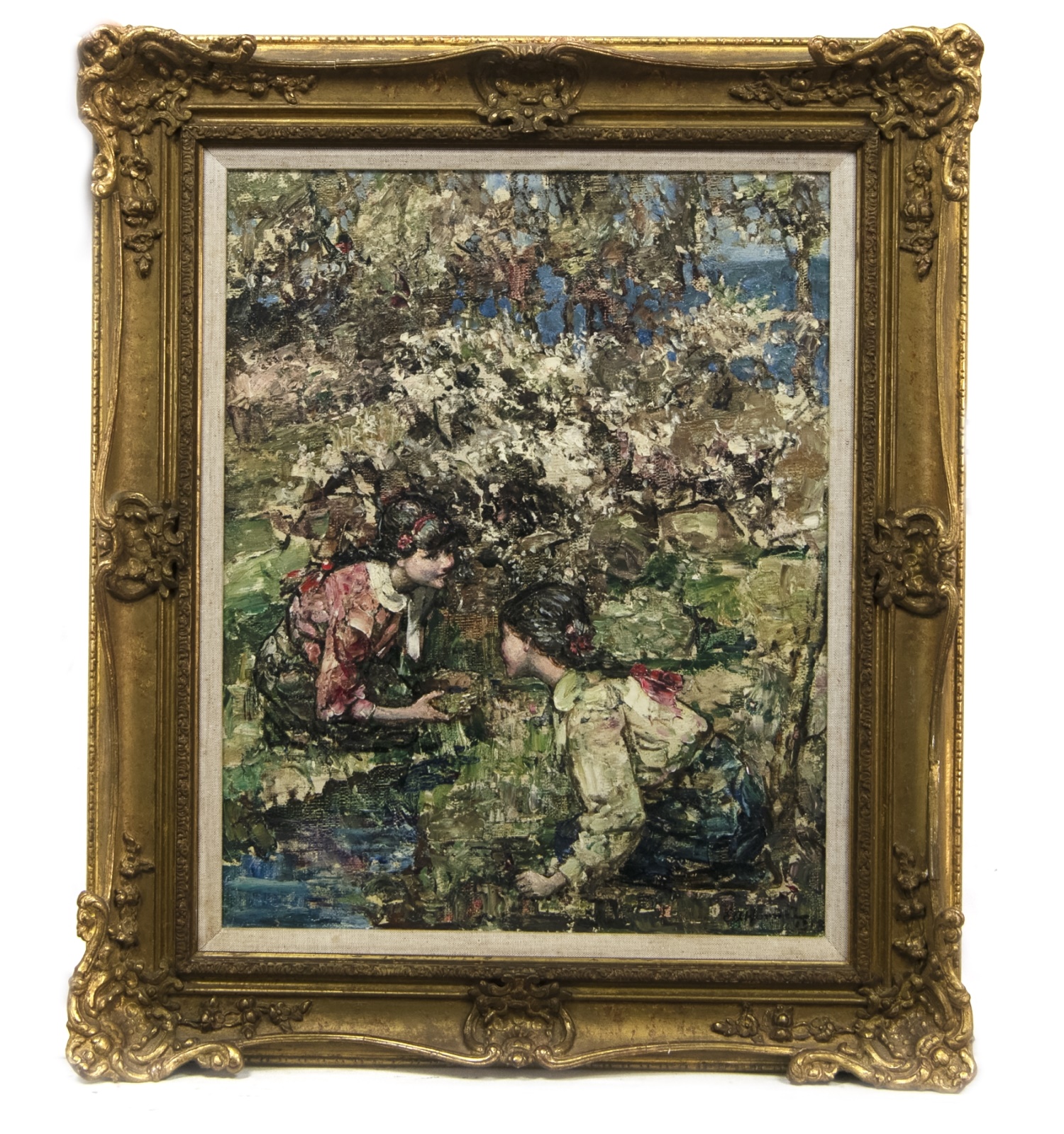 The last of the three lots featuring the Glasgow Boy, lot 2026, Bird Nesting, is also the latest of the three, being painted a year later in 1918, and has two girls crouched low over a burn, beneath a low bush, bird nest in hand. Like many of Hornel’s paintings, this canvas gives us a glimpse into the private and inquisitive life of children at play in the Scottish landscape. McTear’s has a long history of selling fine paintings by the Glasgow Boys and is delighted to continue with this trio of excellent pictures.