Lot 768 in the 8 October Asian Works of Art Auction is an early 20th century Japanese bronze and enamel vase decorated with Egyptian designs in three bands of scenes. The first and third bands show scenes from the Ancient Egyptian Book of the Dead. The Ba, or the human personality aspect of the soul, depicted as a bird with a human head looks on as two gods weigh the Ba’s soul. Anubis, the jackal-headed god of death and the underworld, sits in the middle of the scales of Ma’at, or balance and truth. Standing to the right of the scales is Thoth, the Ibis-headed god of judgment. Once the soul is weighed on the scales to test its balance and truth, a decision will be made. If the soul is balanced, it is able to pass on to the eternal afterlife. If the soul is unbalanced and fails, Amut, the crocodile, lion, and hippopotamus hybrid creature that sits next to Anubis beneath the scales will eat the heart, meaning the soul will not pass on to the afterlife. 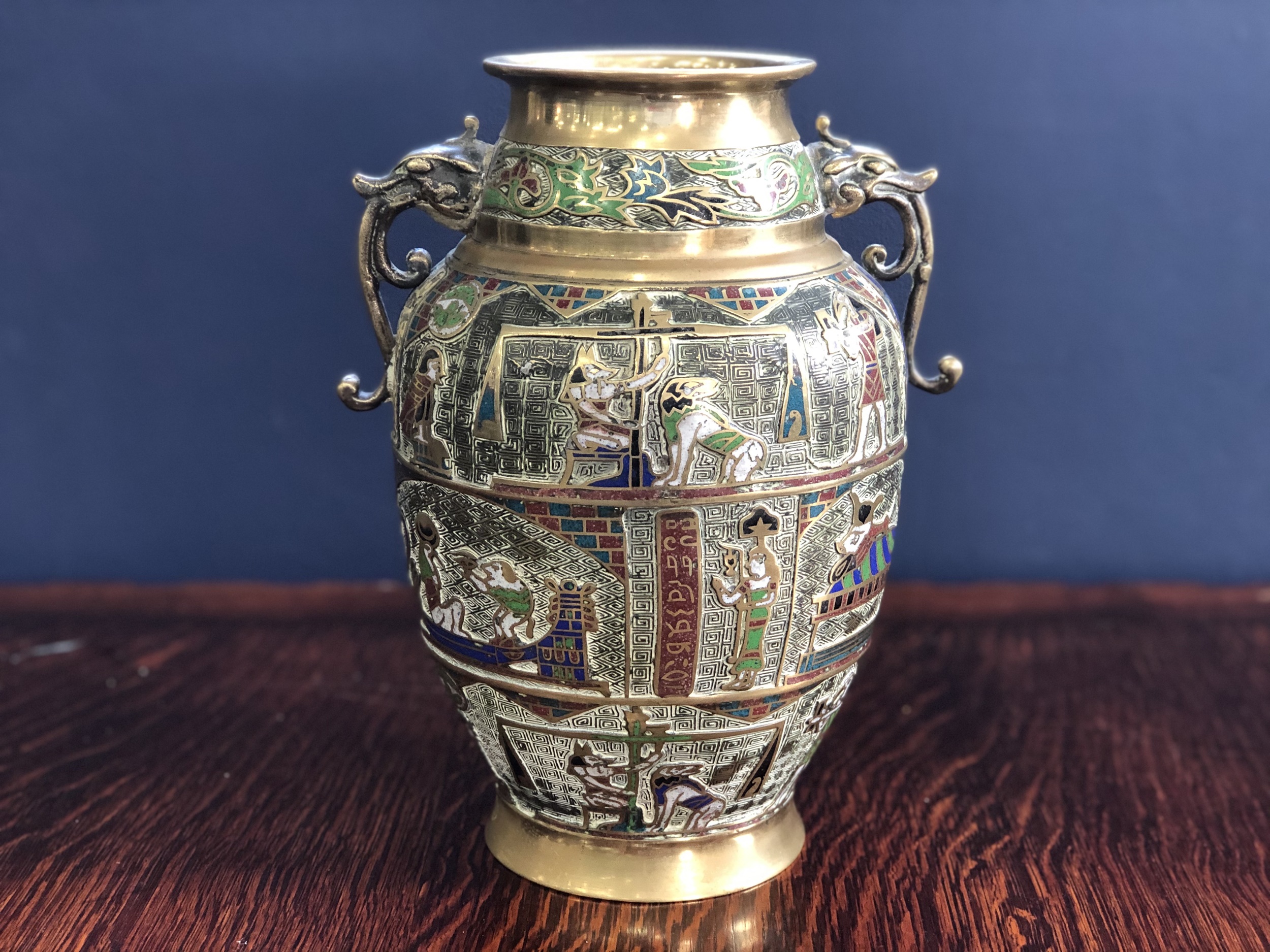 The second band depicts two separate scenes, the first being Thoth on a boat, joined by a baboon holding the Eye of Ra, which holds a number of potential meanings which holds a number of potential meanings. Following a cartouche of hieroglyphs is a second scene. The goddess Seshat, daughter of Thoth, often associated with wisdom and writing, is standing next to the cartouche, almost as if she is inscribing it. Next to Seshat is a ceremonial bull, possible even the deified Apis bull, being prepared for some type of ceremony. Estimated at £30-50,  this lovely vase will make a fantastic addition to a lucky bidder’s collection.

The next Asian Works of Art Auction takes place on 14 January 2021; entries are invited for this international auction. For a complimentary valuation please contact specialist Magda Ketterer on 0141 810 2880 or magda@mctears.co.uk.