Egyptomania this October at McTear’s

Think of Ancient Egypt and immediately pictures of pyramids, pharaohs, sphinx and hieroglyphs come to mind. In the centuries that have passed since the rule of the Pharaohs, the preeminent motifs of Egyptian art have had a lasting influence beyond simply the field of historical study.

The nineteenth century witnessed periods of ‘Egyptomania’, with spikes in popularity of all things Egyptian, largely stirred by Napoleon's Egyptian campaign. However, the discovery of King Tutankhamun’s tomb by Howard Carter in 1922 inspired increased public interest in ancient Egypt, and unquestionably played a significant role in the subsequent assimilation of Egyptian art into modern culture. Egyptian themes and motifs were to prove a central part in the Art Deco movement, and in the decades that would follow, continued to influence the realms of the decorative arts, architecture, furniture and fashion. 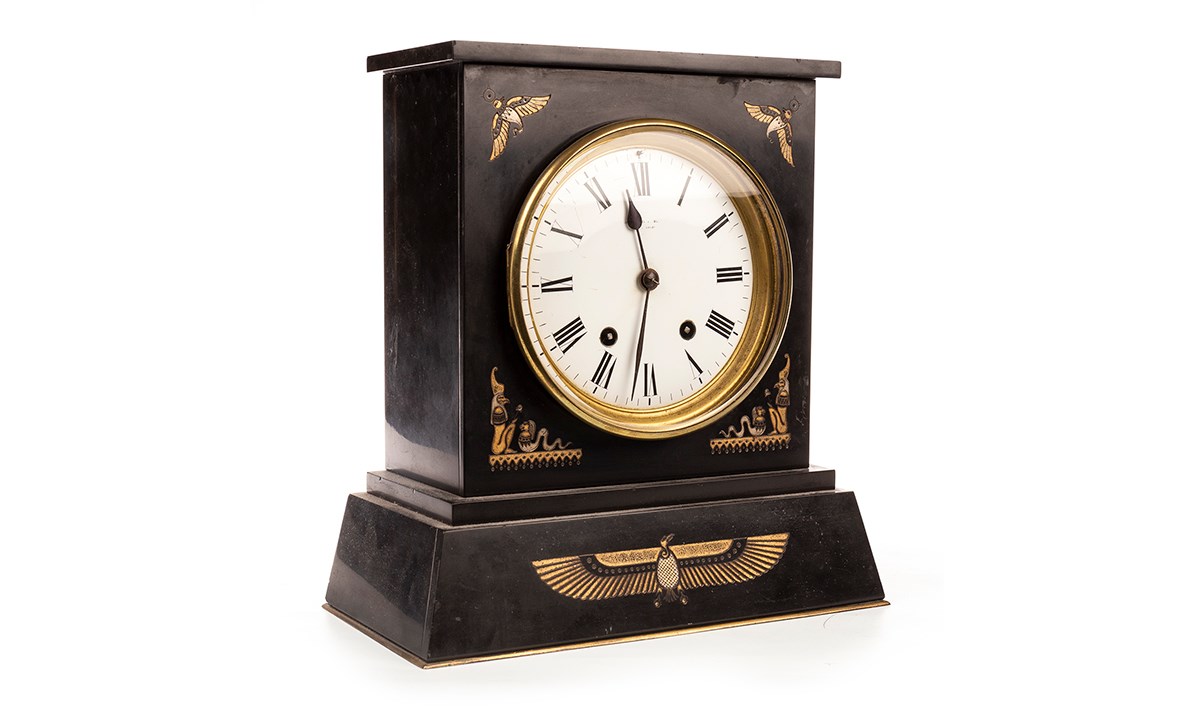 The Egyptian Revival Auction at McTear’s presents plenteous opportunities to embrace a little – or a lot – of Egyptian charm. One lovely lot is a Victorian mantel clock in a black slate case, engraved and gilded with Egyptian motifs (lot 1845). Another beautiful piece, lot 1853 is a Majolica double-handled squat circular vase by Gerbing and Stephan (1885–1910). 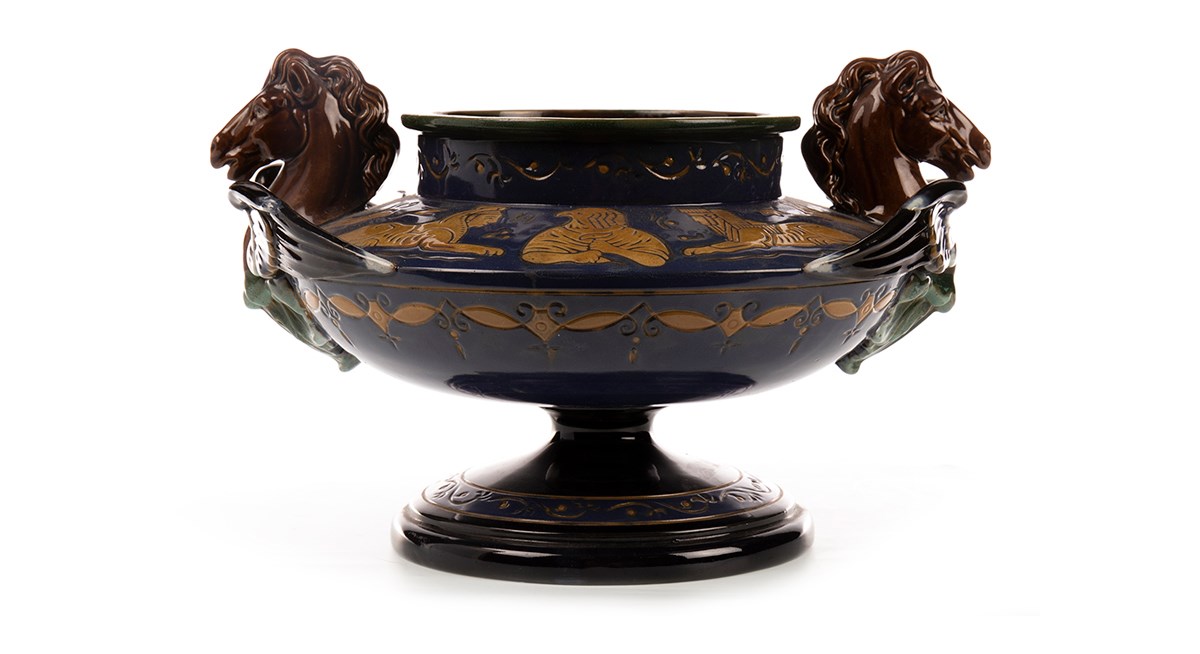 The impressive circular vase is decorated with a border of Egyptian motifs within winged horse head handles. Each comes with an auction estimate of £100–150.

In addition to the artistic beauty of Egyptian art, the Egyptian Revival Auction presents more than one opportunity to expand your knowledge of Ancient Egypt. Lot 1920 features the Book of the Dead, Fascimile of the Papyrus of Ani, by Sir Ernest A Wallis Budge (1857–1934). Sir Budge was passionate about Egypt, visiting the country as early as 1886 in order to acquire Egyptian artefacts for the British Museum. He would later become the Keeper of Egyptian and Assyrian Antiquities at the Museum. The Book of the Dead is a beautiful translation from the Papyrus of Ani, now within the collection of the British Museum. This comes with an auction estimate of £300–400.