To be a painter for Royal Worcester, one of the oldest and most prestigious manufacturers of porcelain in Britain, one must train for seven years before matching their skills against some of the greatest designers and decorators of ceramics in history: Christopher Dresser, Charles Baldwin and the Stintons to name but a few of the celebrated names to have worked at the Worcester factory on the banks of the River Severn. 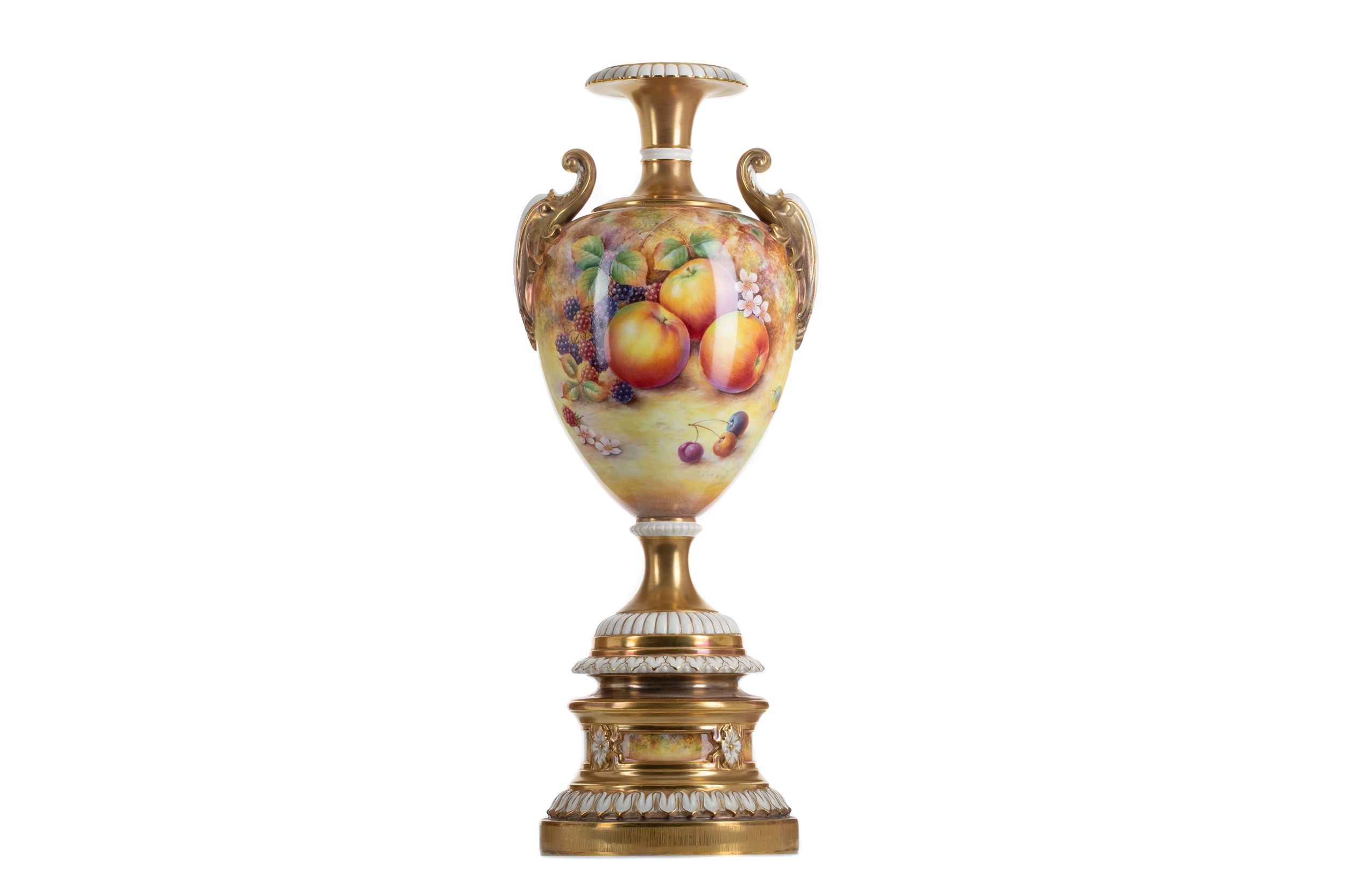 Additionally, one must find their place within the various stylistic traditions that Worcester have excelled in and popularised over the decades and centuries: in this case fruit painting. The meticulous depiction of autumnal fruits on a wide variety of ceramic forms began with the painter Octar H. Copson in 1880 who had been commissioned by a local farmer to celebrate the introduction of the Pershore plum by featuring these fruits on a plaque.  This proved a success for the factory with a peak in the early 20th century when a highly talented group including Harry Austin and Frank Roberts applied their considerable skill in capturing exquisite arrangements of peaches, blackberries, grapes and pears. 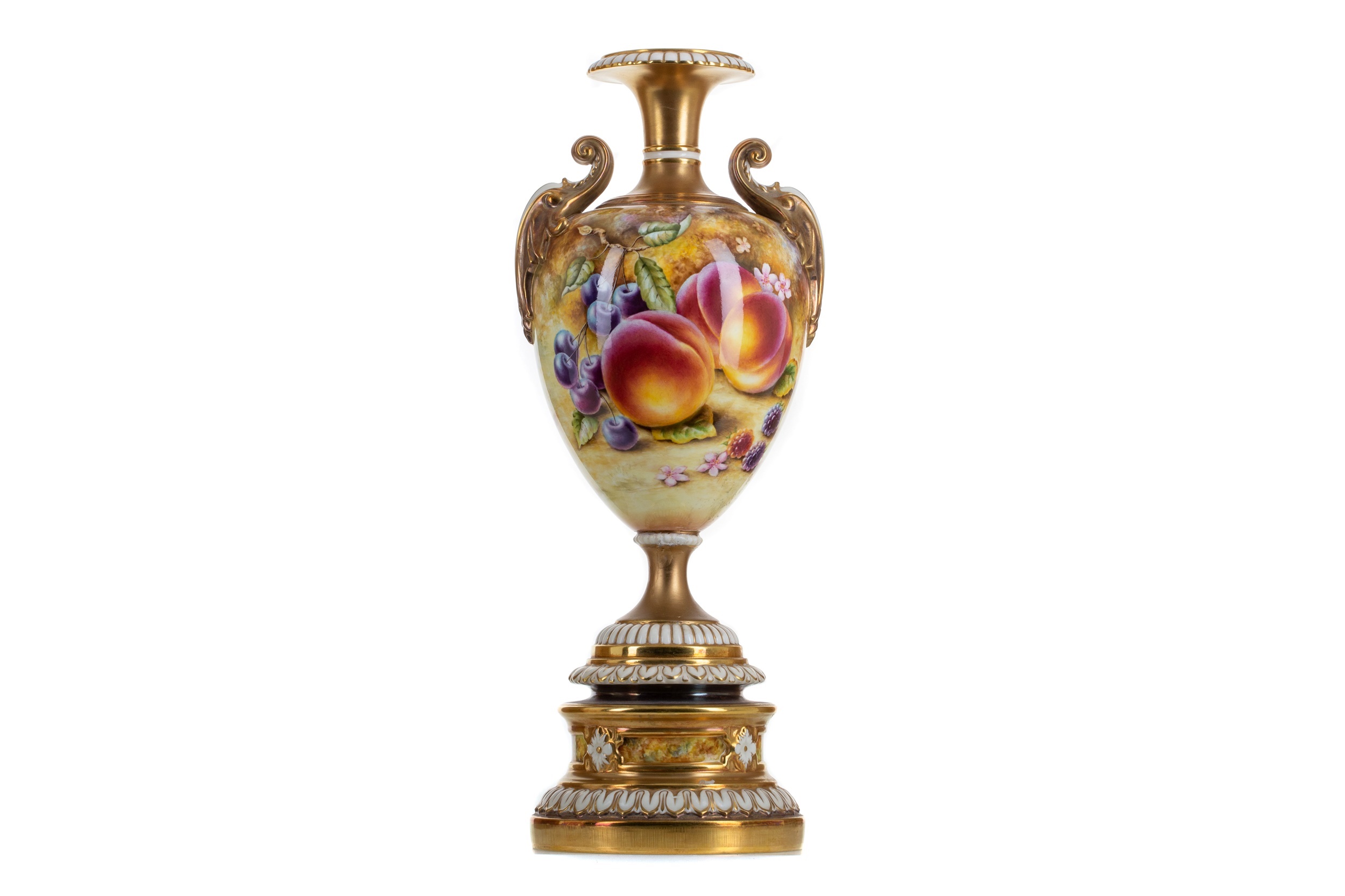 After WWII and the lean post-war years the factory found its feet again in the 1960s and 70s with its most popular pattern, ‘Evesham Gold’, looking back to the factory’s past by featuring the autumn fruits of the Vale of Evesham.  However, while this pattern was quickly applied to domestic tableware, fruit painted ornamental pieces continued to only be painted by the very best coming through the ranks and, in the 1990s through to the early 2010s, a new generation including prodigy Sally Wood took the leading role, building on the legacy of earlier female fruit painter Kitty Blake who had distinguished herself alongside a mostly male cohort in the 1920s and 30s.

Wood had aspired to work at Worcester following art school and quickly progressed through an apprenticeship of figurine painting to be trusted with decorating these most exclusive wares – such delicate urns, potpourris and cabinet plates were labour and time-intensive to produce and only the best were trusted as any mistake would be a costly one.  Her passion for the natural world and its seasonal produce are reflected both in the exquisite fruit and backgrounds bursting with detail that she painted, a passion that has produced international popularity for both the Worcester factory and her particularly fine skill. 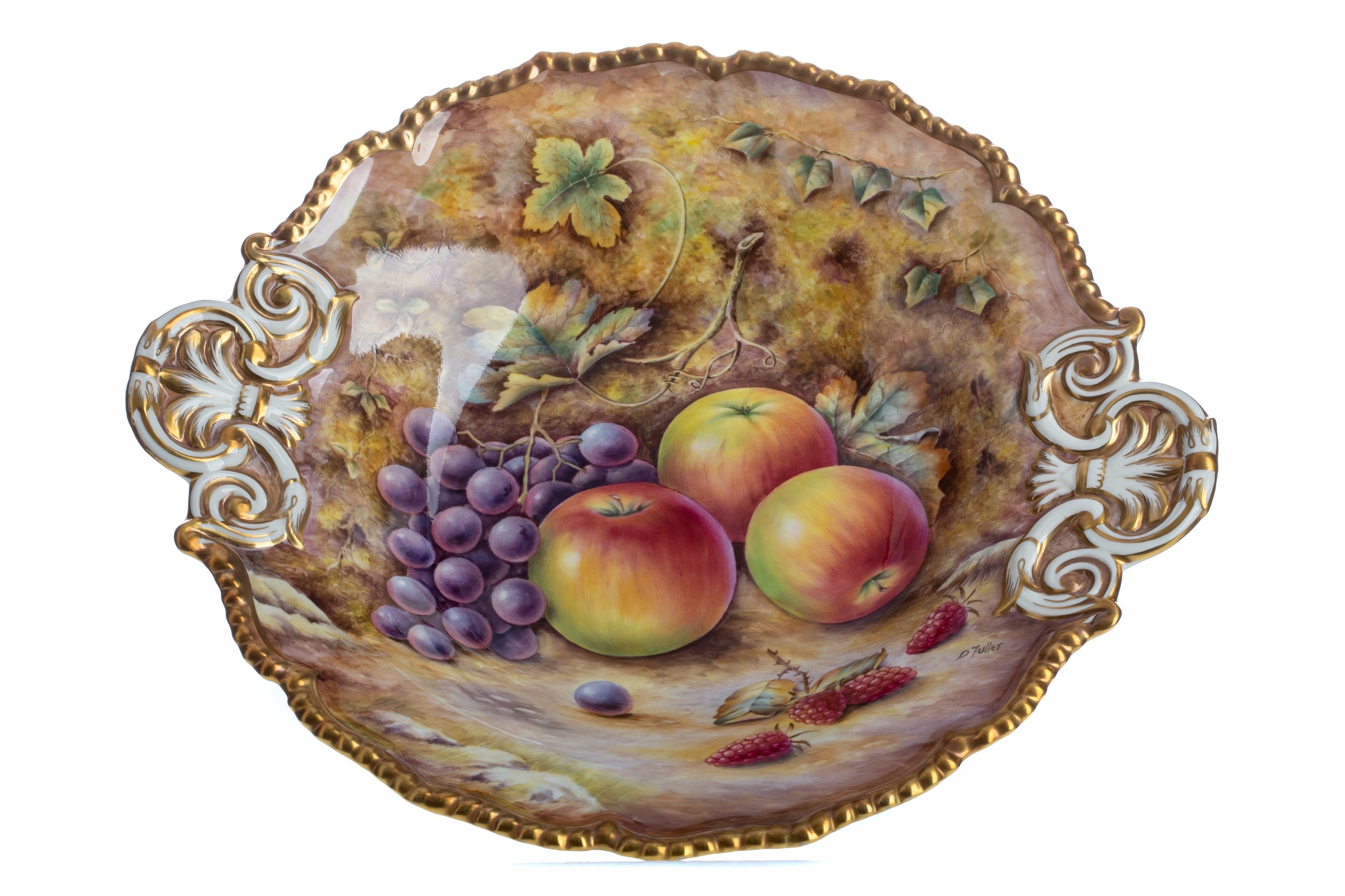 McTear’s are pleased to present a fine private collection of fruit painted Royal Worcester in the Fine Furniture & Works of Art auction to be held 21 June featuring a twin-handled vase painted with signature peaches, cherries and blackberries by Sally Wood alongside a monumental example by fellow master David Fuller standing at 53cm high with further highlights including a fine urn and serving dish also by Fuller.  Estimates range from £100 - £5,000 so collectors of every level are expected to compete for these modern masterpieces of the long-standing fruit painting Royal Worcester tradition.

Join us in the room, online or on the phone for a spectacular sale of British and Continental works of art and furniture at 12:00, 21 June.