Ahead of the British & International Pictures Auction on Wednesday 13th March, Specialist Jenny Macleod takes a look at two compositions by one of the most eminent painters of animals, Edgar Hunt (1876-1953).

Despite his artistic pedigree – his grandfather, Charles Hunt (1803-1877) and father Charles Hunt Jnr (1829-19) were both painters, the former having exhibited at the Royal Academy – Edgar Hunt received no formal art training. Instead, he received this from his father, and it was this in combination with his devotion to farm animals that saw him dedicate his life to capturing his surroundings on farms throughout the Midlands.

Hunt’s beautifully sentimental depictions of bucolic scenes charmed the growing middle classes who were nostalgic for the simple country life in the heady days of the Industrial Revolution. He is best known for his paintings of chickens, but ducks and calves also featured prominently in his work.

Following in the footsteps of Edwin Landseer (1802-1873), Hunt followed the tradition of painting animals imbued with human characteristic and emotion, with an extraordinary attention to detail. He also preferred to paint on smaller canvases, which make lots 436 and 437 perfect additions to any collector’s living room, especially if you are tight on space! 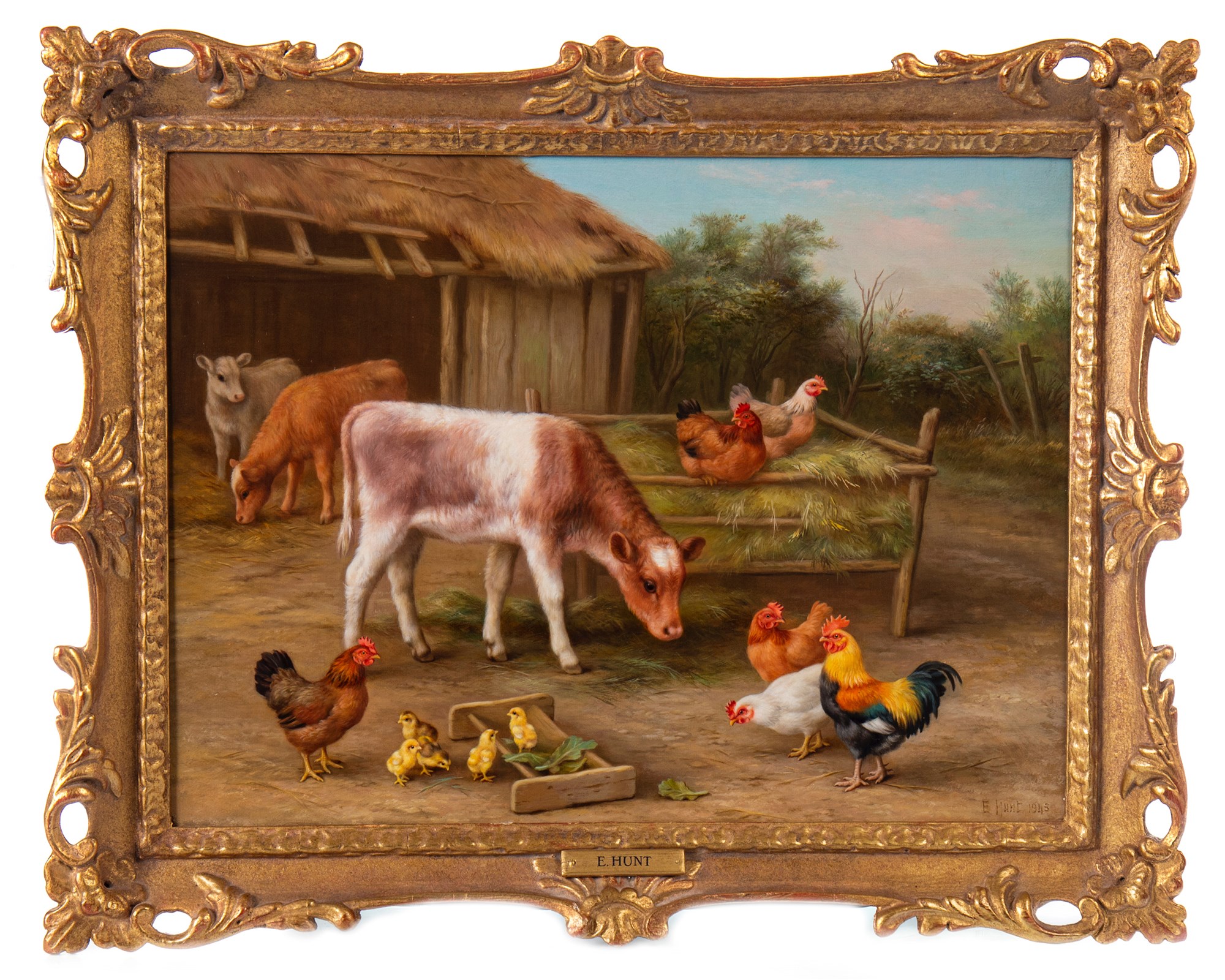 With spring just around the corner and provenance that should prove irresistible to collectors – both lots are accompanied by sales catalogues from Christies in 1953 – these lovingly painted scenes are sure to attract attention with auction estimate of £4000-6000 each.