McTear’s are delighted to have a wonderful Wedgwood Fairyland lustre bowl consigned to the British & International Ceramics & Glass auction to be held on 26 April 2018.

Designed by the well-known ceramic artist Daisy Makeig-Jones (1881-1945), this is a beautiful example of the Fairyland pattern and features elegant Poplar trees strung with elaborate cobwebs, with nymphs and sprites dancing through the tree roots. Makeig-Jones joined Wedgwood in 1909 as an apprentice painter, by 1911 she had progressed in the company to designing tableware and, after a foray into Oriental-inspired designs, moved on to develop her signature Fairyland Lustre designs in 1915. 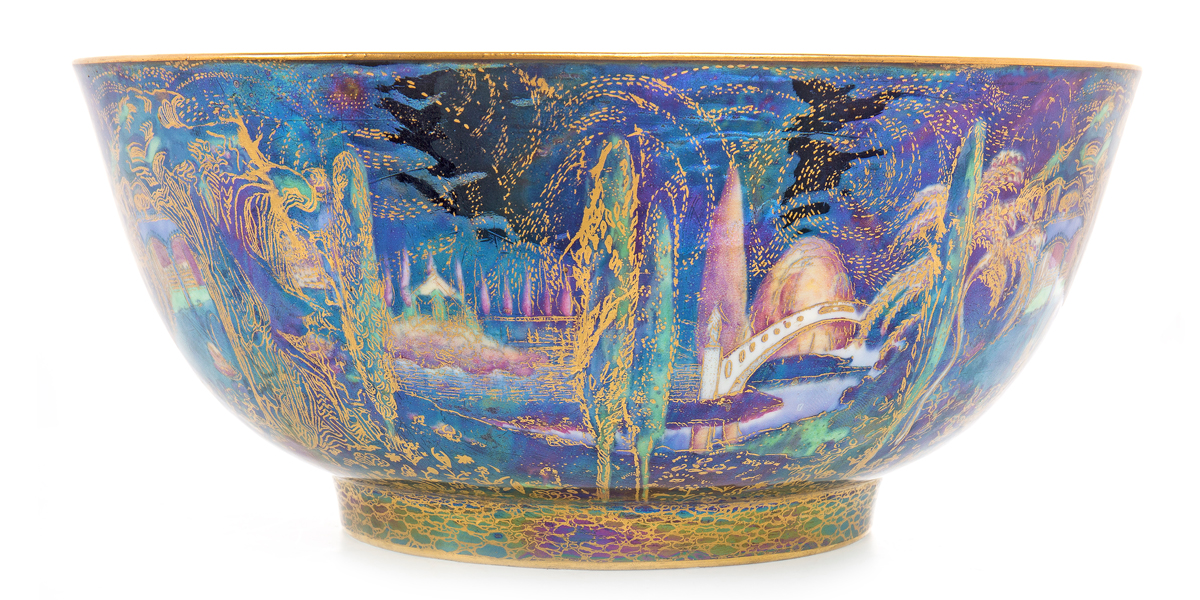 The surreal, fantastical scenes appealed to the buying European public at a time when they were exposed to the horrors of war and looking for escapism. American collectors were also enchanted by the imaginative scene depicted in multi-coloured lustrous glazes. During the ‘Roaring 20’s’ the extravagance of the pattern captured the elaborate, decadent zeitgeist of the early part of the decade. However, with the Great Depression, the market for luxuries dried up and the fairies went out of fashion seeing the range discontinued in 1929. 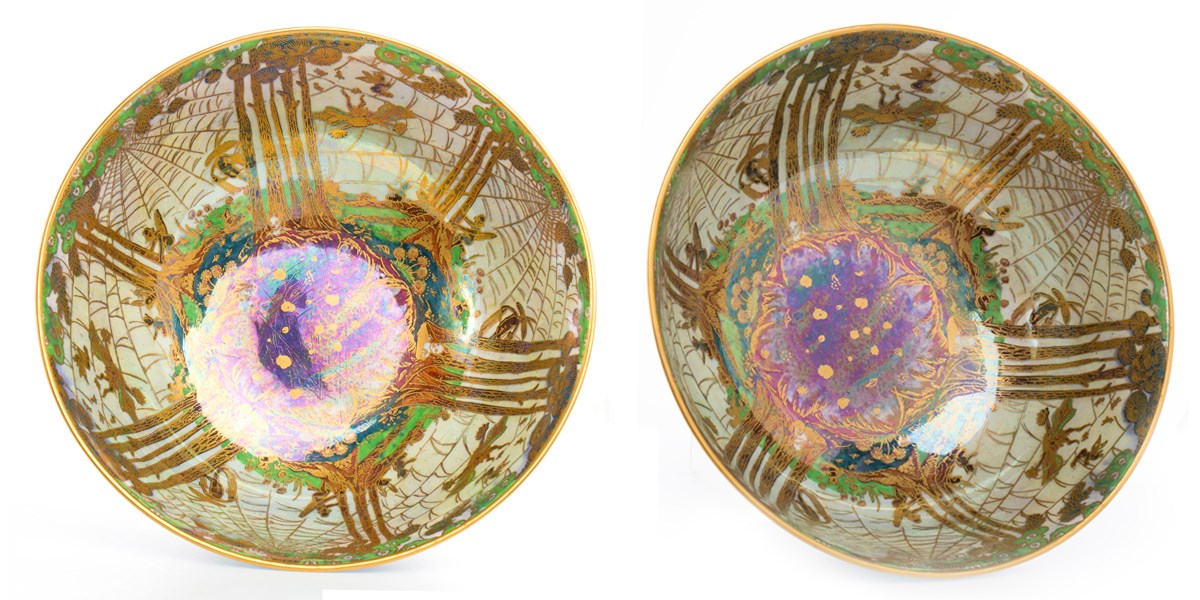 This relatively short production run has translated into a small number of pieces surviving and thus appearing at auction, and high demand for these designs has buyers willing to pay a premium for high-quality pieces. The bowl in the upcoming auction is a large and impressive piece and great interest is anticipated amongst buyers looking to own their own piece of Daisy’s Fairyland.

Click here for information on buying or selling in the Ceramics & Glass auction, or to receive a complimentary valuation >>