February isn’t the only month for Valentines!

Attractive mosaics crafted from seashells and enclosed within glazed cases, Sailors’ Valentines were gifted by seamen to their loved one upon their return from sea. One highlight of the Works of Art, Medals, Militaria & Furniture Auction this month is a late 19th/early 20th century Sailors’ Valentine, originating from one of the best known sources of the seaman’s souvenir.

Whilst the romantic may hope that these tokens were crafted by seamen themselves, and no doubt some were, many were in fact the work of local women based around the ports of calls of ships. These would take hours of painstaking work as an array of shells were positioned with perfection by local craftspeople, later to be purchased as souvenirs by sailors on their route home. 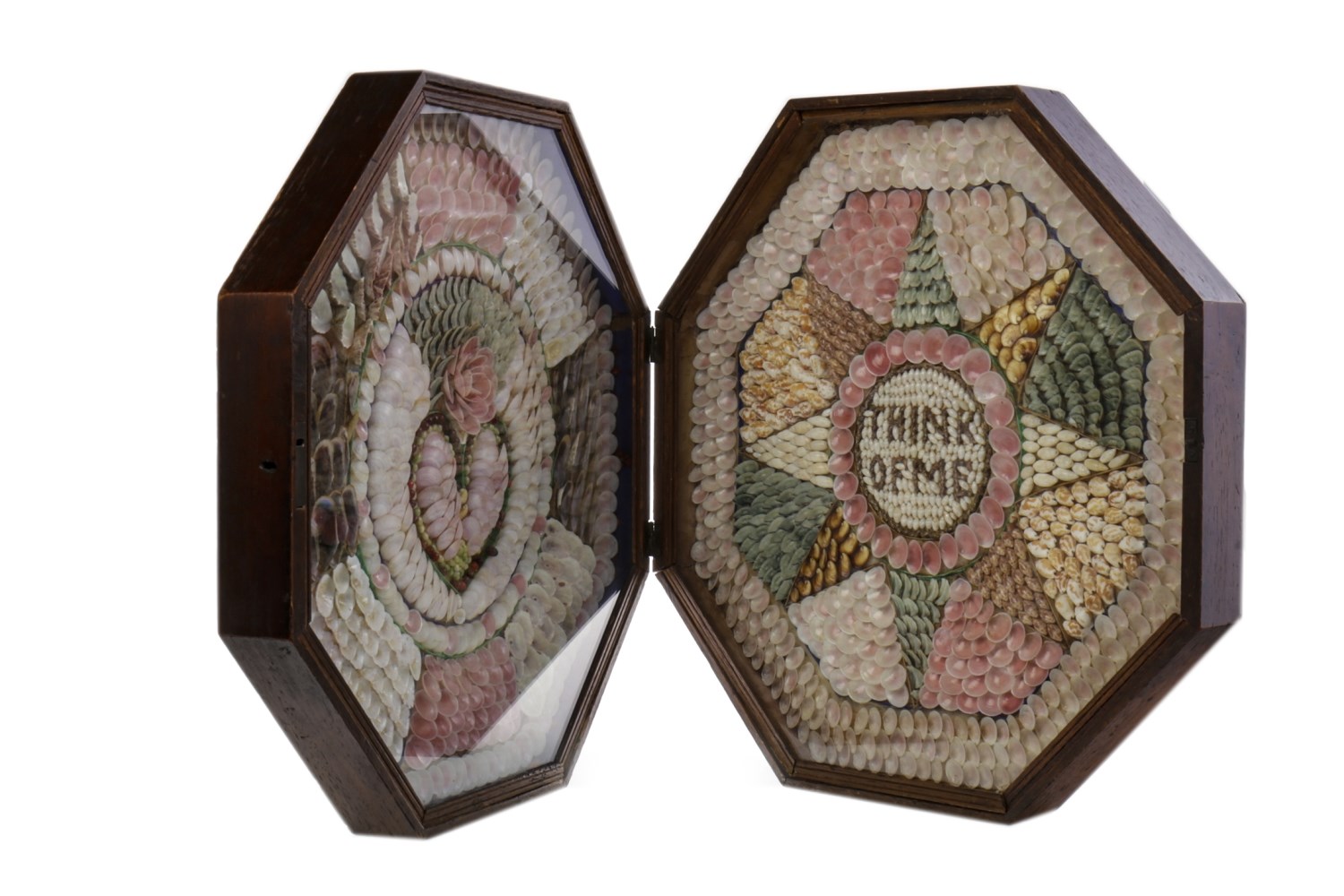 The gorgeous example which features at lot 1605 in the upcoming Works of Art, Medals, Militaria & Furniture Auction bears heart and floral motif decoration, and is inscribed ‘Think of Me’. Sure to catch the eye of collectors, the reverse of the octagonal stained wood case bears a ‘B.H. Belgrave Barbados’ label. Later to become known as the primary source of Sailors Valentines, the New Curiosity Shop - featuring “Marine Specimens and Native Manufactures in Fancy Work” -  was opened by Benjamin Hinds (B.H.) Belgrave in Bridgetown Barbados in 1878. Run by B.H. Belgrave for nearly two decades, the shop was later taken over and operated by his brother, George Belgrave, from 1895 until his death in 1925.

One lot which is sure to attract competition when it goes under the hammer on the 26th April, this handsome Sailors’ Valentine comes with an equally attractive auction estimate of £800-1000.