From furniture to jewellery, there is certainly more than one way to embrace Art Deco at McTear’s. 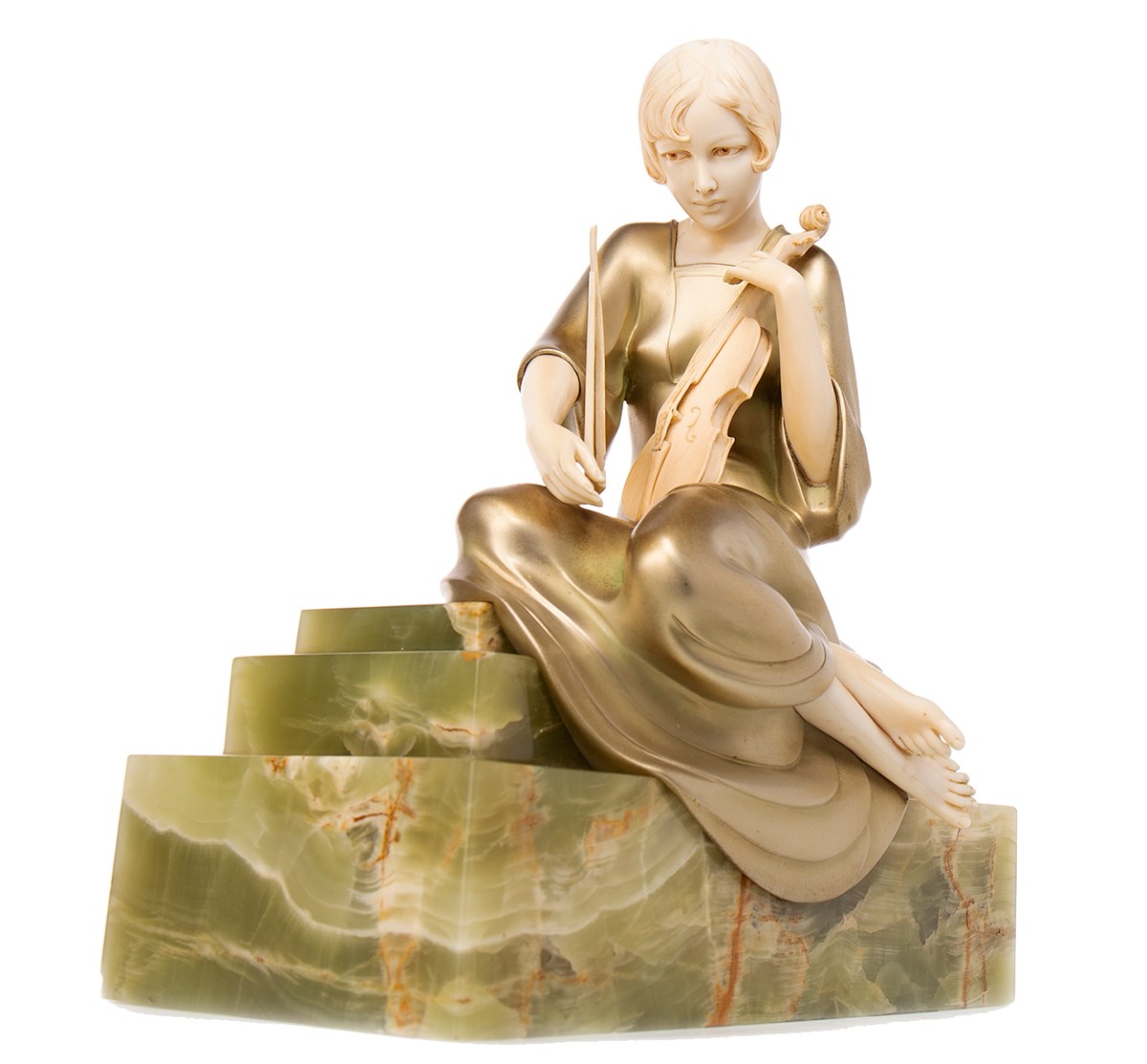 Philippe was German, born in Berlin, but studied in Paris until the outbreak of WWI when he returned to Germany. Post-WWI, Philippe produced highly stylised models for the founder Rosenthal and Maeder (RuM; taken over by Preiss Kassler in 1929) and McTear’s are delighted to offer a fine example of this.

The cold painted bronze figure with ivory is in the form of a seated female violinist. A typical subject for sculptors, artists were depicting women in fashionable activities of the time e.g. smoking or dancing. Working primarily in Paris, Vienna and Berlin, Art Deco sculptors were also experimenting with materials and finishes. During the twenties, a vast amount of tusks were shipped to Belgium from the Congo and artists were taking advantage of the readily available ivory. When paired with bronze, these sculptures became known as chryselephantine figures and artists such as Demetre Chiparus, Ferdinand Preiss and Josef Lorenzl were using this method. These figures would have tinted ivory heads and hands, and cold-painted cast-bronze outfits. 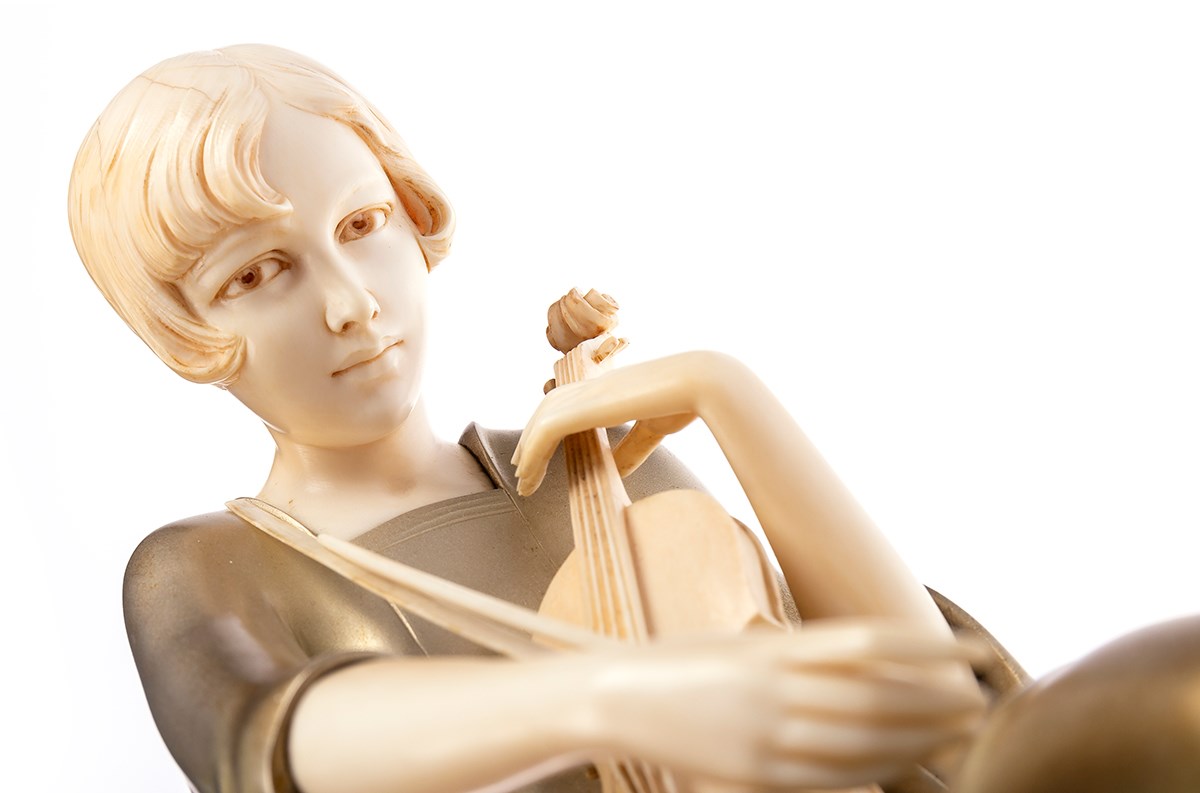 Philippe worked in a similar style to this and was particularly influenced by Preiss. Lot 950 is a fine example of a chryselephantine figure – the elements of ivory give the illusion that the young female figure has a delicately pale skin tone. Philippe has given her an androgynous bobbed hairstyle and a comfortable dress, mirroring the trends of the roaring twenties. Perched on an onyx plinth (with foundry mark), Philippe’s figure is a unique way to embrace the duality of tradition and modernity in Art Deco. These elements and characteristics of Art Deco can be appreciated, in their many forms, in many different auctions at McTear’s.