First, and certainly not the worst!

There was a myriad of highlights in The Works of Art, Medals, Militaria & Furniture Auction this morning, and the first lot of the day was definitely one to write home about! Lot 801 featured a signed first edition copy of London to Ladysmith via Pretoria, by Winston Churchill, accompanied by a signed letter from Churchill and a copy of Churchill's WWII Vol. 1.

After a flurry of bidding online and on the telephone, the lot eventually sold to a commission bidder based in the United States, for a hammer price of £3,600.

With militaria continuing to perform well at auction, it was no surprise when an early 19th century Indo-Persian Kulah-Khud helmet (lot 810) soared well above high estimate, selling for an impressive £1,000. Only proving to confirm the desirability of war memorabilia, an interesting pair of WWII German 10x80 flak binoculars by Emil Busch attracted much competition. These eventually sold for a hammer price of £650.

Another lot much admired in advance of the auction, there was no absence of competition when a rare eighteen carat gold Heinz baked bean came under the hammer. And this lot didn’t disappoint! 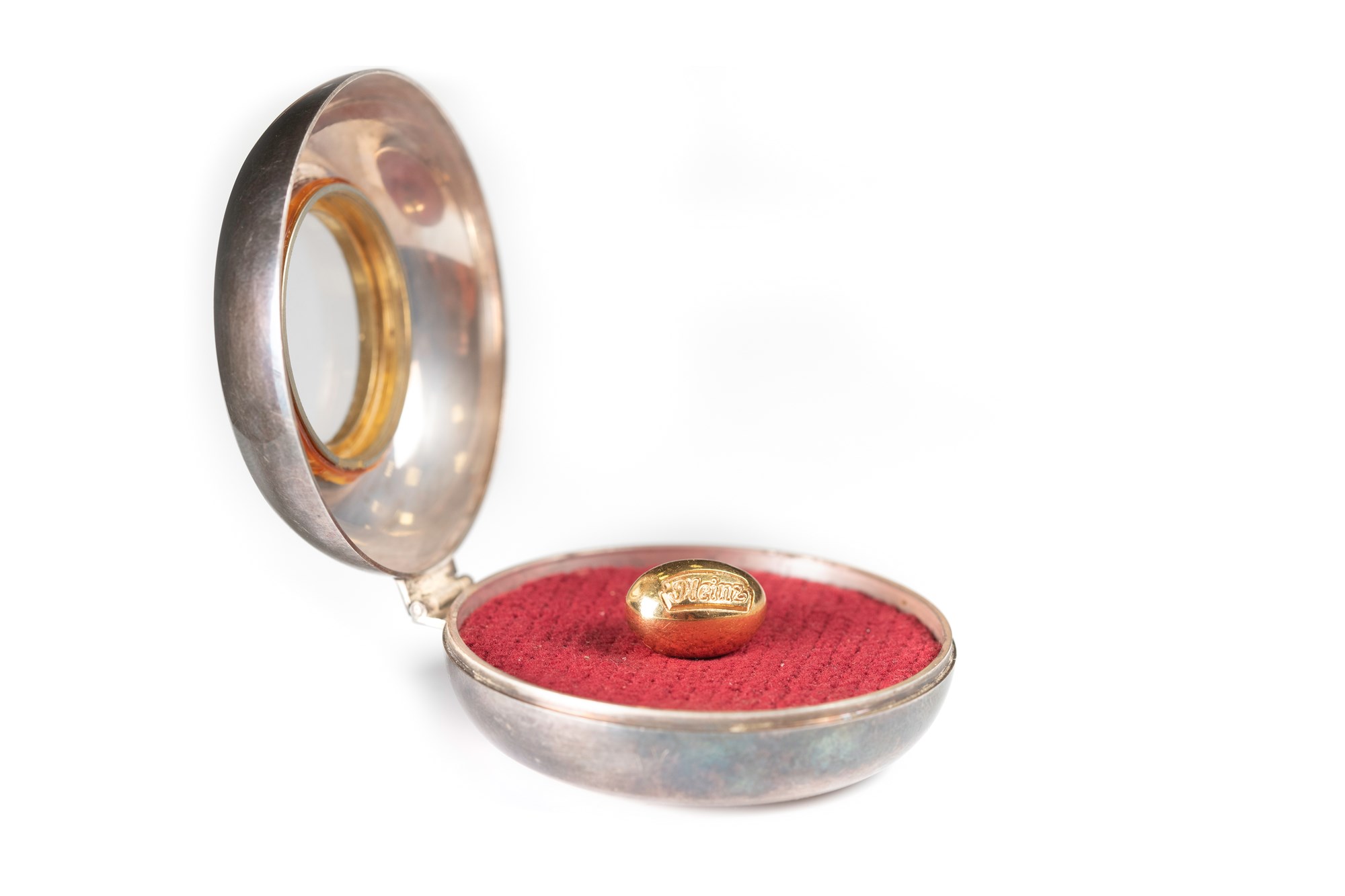 Featuring at lot 802, the gold bean – released by Heinz in 1995 to celebrate the centenary of Heinz baked beans – will now return to the Heinz archive, purchased by Heinz for a hammer price of £750.